Slower than a One-Legged Rooster 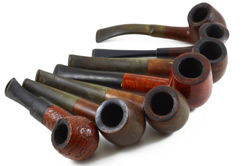 You know the routine: Things don’t seem to be going the way they once did. You are slower on the upbeat and too fast on the downbeat. Out of tune with those around you. You leave the room and when you return—bang!—things have changed.

Maybe, you think, a vacation is in order. I know it’s only April, but you have to do some things for your sanity. It’s tax season, too. Ah, the beach calls my name.

Then, almost as if in a movie, where lovers in a field, run toward each other in slow-mo, there is the pipe of your dreams! Yes, the one true love you have been awaiting with all your emotions raging. Hormones taking flight like roman candles on July 4. Cue music, doo-da, doo-da, all the day long.

As soon as I saw it, I knew it would have to come to Papa. And I just jumped without thinking of the consequences. Leap, I yelled, leap before that ravaging beauty is gone forever!

There’s the home front with which to deal. That is quite the obstacle. Baby needs a new pair shoes, but Papa needs a new pipe!

Let’s back up a second. Years ago, I purchased a lovely Cavicchi Canadian and then for some reason tossed it in as "boot’ in what was a serious trade for an Ashton billiard of the Bill Taylor era.

I refer to that time as my "Ashton" Period. There are many blessed pipes from that era in my collection, which I would not trade or sell, period. Bill Taylor’s Ashtons are not only beautiful and traditionally English, but they also transform pipe tobacco to what pipe tobacco is meant to be, with each element of the blend allowed its own place on the stage.

Bill Taylor was a master carver of pipes and I was fortunate to not only meet him, but to also have him present a pipe to me in person. That is a memory I treasure.

Now, I have gone through other phases that have called to me in the siren’s song over the many years of my romance with pipes.

There is the Charatan Continuum, the Dunhill Dance, the Ardor Age, the Edwards Episode, the Boswell Bewitchment, the Peterson Phase, the Northern Briars Bond, and the Cobb Cycle.

Okay, enough of the cutesy.

Oddly, I’ve never been attracted to the Great Danes. Well, maybe it’s not so odd, either. I simply could not afford Danish pipes, although I did manage to snag a Former years back at something less than a stratospheric price.

Since the Cavicchi Canadian was sacrificed in the long-ago trade, I have been looking for another of the great Italian master’s Canadians. He is a craftsman of old-world talent, I believe. 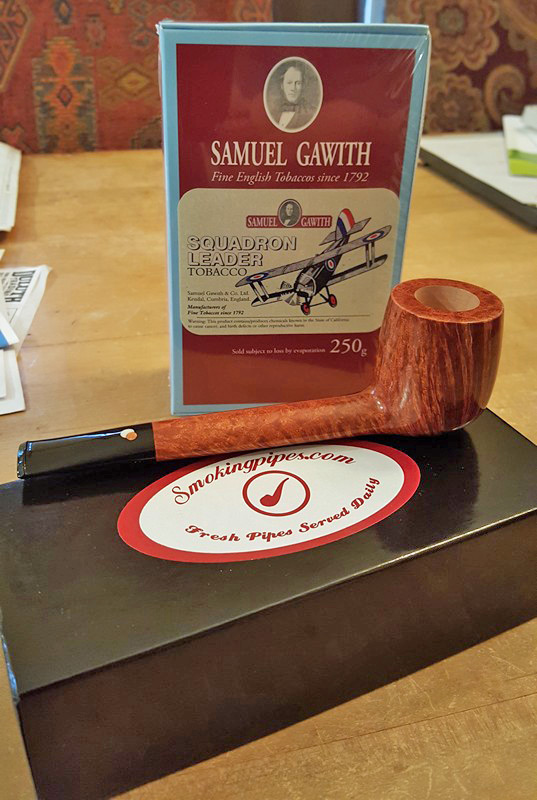 I see something in his pipes that go beyond art, though artful his pipes are. There is life, a soul, a narrative that seems to spread from the bowl to the stem. I think that derives from his work for three decades as a farmer, a man of the soil and seasons.

You probably suspect me of hyperbole, and I will admit to that at times, but Claudio, it seems to me, infuses his pipes with earth, wind and fire. There is a serenity in the style and grace of his creations. A philosophy, if you will, of form meeting function in art.

I have watched Claudio from afar over the years and have waited patiently for just the right Canadian to appear. It did and I pounced.

My only reason for relating this story to you is (1) to introduce you to Claudio Cavicchi if you do not know him; and (2) to in some small way lift your spirits.

As we all are aware, pipe smoking, as Einstein once said, "contributes to a somewhat calm and objective judgment in all human affairs."

Not only that, Old E=MC Squared felt that once you pick up the pipe, you automatically become a philosopher. It is in the pipe’s DNA.

We are living in trying times. Our hobby is threatened as never before along many fronts.

On any given day, when we return home, bogged down with woes from work, bills, taxes, and other of life’s little "gotchas", it is a relief to know that simply looking at one of your lovely pipes, stuffing it with your favorite tobacco and puffing away is enough to put those worries out of mind. Or at least on a back shelf somewhere out of sight.

Yes, a pipe can do that. I’ve even seen men (and women) sit transfixed in thought while puffing a pipe. Starry-eyed even.

A good pipe is like a good dog. It is your best friend, and is always glad to see you. If it could bark, it would, just to let you know that all is well and it is time for a walk in the woods.

Today as the world spins about in chaos, when much of what we read and see on television and movies are death and violence and very little uplifting in any way, it is good to have a friend who will never let you down.

So, here is my solution:

Take a pipe or two, and call me in the morning. 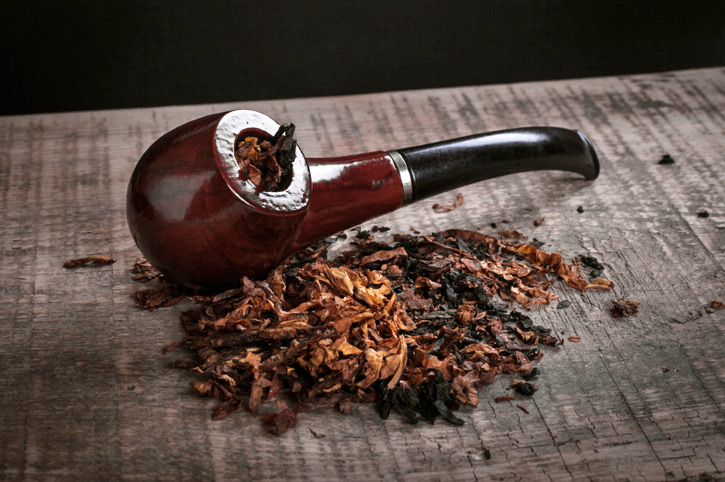 Is there something going on that I am just out of the loop? Why are some pipe tobacco manufacturers coming out with new blends in the face of the FDA’s deeming rules?

Now, don’t get out the rope and look for a tree limb just yet. I am in love with a couple of the blends de jour. But I thought blends after February 2007 would have to claw through a blizzard of paper work and reach into the deep pockets of Daddy Warbucks to continue after 2018.

Also, please note that I am awfully glad some of the new blends have found their way to my cellar. But why let me fall in love with a new pipe tobacco if that is going to go away in a few months after I run through my cellar?

Or do the manufacturers have some inside info that we are not privy to just yet?

I truly hope that is the case, that the gods of tobacco have fallen upon the dreaded regulators of the FDA and rendered them senseless.

These days, my cadence has a kink and my downbeat is slower than a one-legged rooster.