Of Dead Horses, Catfish and The Vapors 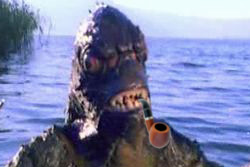 Not to beat a dead horse. . . . Well, okay, maybe one more time. It’s a new year. Trying to get a read on the Food and Drug Administration is like attempting to decipher one of those post-World War II 10-inch television test patterns: You get a lot of numbers, voodoo math figures, shifting scenes, screen noise (read that as pixels the size of dimes), all in black and white, which is not how the FDA deals. The FDA has never-ending shades of gray produced by a bloated bureaucracy, which eats your tax dollars by the millions.

All right, I get it. Enough of the rant. Here you go, both barrels: How would you like that e-cigarette? With or without anti-freeze? Oh, and that fried catfish you love so much, it’s likely from Asia where they grow these Frankenfish that are impervious to a nuclear blast. They are born and bred in water so toxic it makes an environmental disaster seem healthy.

What has this to do with pipe tobacco, you ask?

Good question. The same federal agency that governs pipe tobacco is supposed to be regulating things like emulsified vapors for E-cigs and those catfish we eat. No regulations have emerged as yet for E-cigs, so if you are smoking one of the things, you might want to read the small print.

A recent national report cited the vapors (not to be confused with pipe tobacco VA/PERS) contain a variety of chemicals and elements, including anti-freeze, or diethyleyne glycol, which is used in the stuff to keep your car engine from freezing in foul weather.

You can also get e-cigs with silicon fibers, heavy metals like lead and zinc and such other stuff as chromium and nickel at higher levels found in regular cigarettes (if there is such a thing). And, ah, some of the lithium ion batteries that ignite the fluid vapors have exploded. Imagine that! You are puffing away, safe from FDA regs, and suddenly the thing at the end of your mouth erupts in flames?

The latest news on the e-cigarette market is there is no sheriff in town and it is a wild, Wild West affair. The Chinese churn out e-cigs in the millions, and most of those hot little numbers sail to U.S. and European markets, just right for plucking. E-cigarettes are totally unregulated in China, and not so much in the U.S. So, that e-liquid that makes the e-cigarette so scrumptious could have anything in it, and probably does. Some have been found to have paint and metal particles so small they easily lodge in a smoker’s lungs. And the sad fact is, you might expect things to be loose in China, but e-cigs have not been regulated by the FDA.

At least, not yet.

Now, back to those catfish. They arrive by the ton in the U.S., usually from Vietnam and other Southeast Asian nations that aqua-farm the fish in catfish ponds. A documentary in 2010 filmed catfish ponds in Vietnam that are fed by sewer and sludge-laced waters from large water sources, such as the Mekong River. Hundreds of thousands of pounds of these catfish regularly arrive in American restaurants and line store shelves in the U.S., ready for our consumption. Less than two percent of this catfish sludge in a can or frozen toxic slabs is inspected by the FDA, according to the documentary, "Dirty Waters, Dangerous Fish".

Okay. Now that the rant really is over, here is the crux: While the FDA zeroes in on pipe tobacco like a laser, it is letting other very, very harmful things enter into our lives, i.e. e-cigarettes and fish that could be used as roach poison. You will be happy to learn that the FDA’s 2015 fiscal year budget request for tobacco alone is a mere $531,527,000, all produced by what the FDA terms as "user fees." FDA has budgeted $30-plus million more for rent than it had in the just-ended 2014.

Not to worry. You are paying for this through your user fees, better known in the budget games as taxes. Oh, and you’ll be glad to know that Dr. Tom Coburn, a medical doctor who is also a Republican U.S. Senator from Oklahoma, found an interesting FDA budget item published his 2014 Wastebook: 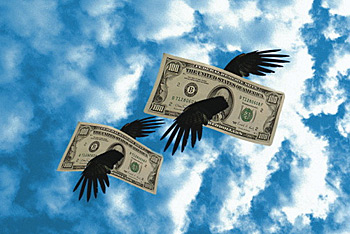 Your tax dollars paid $410,000 for a piece of sculpture (feel free to add your own colorful phrase here) that is a replica of the original.

A Chicago artist named Iñigo Manglano-Ovalle wanted to find out if he created a life-size steel and aluminum replica of artist Constantin Brancusi’s iconic Birds in Space sculpture—which brought in more than $24 million when sold in 2005—if it could fly? Nobody is making this up. You can read this for yourself in Dr. Tom’s Wastebook. Unapologetically, Manglano-Ovalle shut up the replica sculpture, in a hypervelocity wind tunnel, and turned up the dial to Mach 10. The aluminum and steel bird did not fly.

But the upgraded replica makes a nice decoration at the FDA’s Biologics Evaluation and Research building. All the while, the pipe tobacco industry is set upon by increased user fees, taxes, FDA harassment and industry-threatening regulations. Already, tobacco farmers in the southeastern U.S. have just about tossed in their tobacco baskets and got out of the business of raising leaf. It is no longer the staple crop of southern farmers.

You want to know why your precious pipe tobacco continues to go up in price? Just take a gander at the FDA’s proposed 2015 budget: $4.74 billion. Not all of that, of course, is to regulate tobacco products. That’s around $773 million to do what it has to do with tobacco. You can get all this at the FDA’s FY 2015 Budget Page. Warning: It will cross your eyes and dot your T’s.

But, it is worth reading, simply because it focuses on the problem: the FDA is spending millions on tobacco while letting troublesome health risks such as toxic fish and e-cigarettes enter the U.S. market without an iron-fisted regulatory hand—the one it raises to pipe tobacco. The guess here is that U.S. tobacco is the low-hanging fruit and every politician worth his suit and PAC fund is onboard with eliminating tobacco in the nation. And, dagnabbit, just as we begin to realize that Cuba is not the bad boy bugaboo we thought and now we are ready to normalize relations. More Cuban cigars anyone? Would you like that just plain straight, pure, beautiful tobacco leaf?

Well, you get the idea. VA/PER is better for you than the vapors. And you need to keep an eye on that catfish you just purchased for dinner. It might get up and walk off. No, wait. Catfish have already walked up on Florida shores. Never mind.