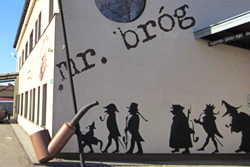 Rising from the calamity of World War II in Europe, a small woodworking shop in Przemysl, Poland, by the San River, began looking around for new ways to sustain itself in a town known for its pipes and its pipe artists.

Already producing wood carvings and plastic creations, the owners were eager to explore their on artistic talents, to carve pipes in Przemysl, known in Poland as the Headquarters of Tobacco Pipes.

In fact, Przemysl is filled with many pipe artists, and has even erected monuments to the pipe in the town’s center. Pipes and pipe making are central to Przemysl and sustain its regional and cultural identity.

Indeed, the town’s cultural history can be found in a museum to churches, church bells and the pipe. The web site gives great detail about the town’s history. The site has an English translation and is well worth the trip on the web. 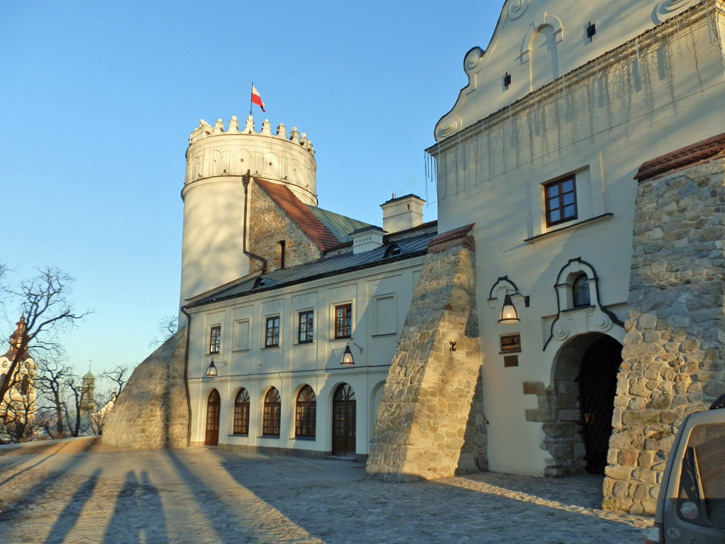 But, let’s start at the beginning of the Mr. Brog history, the latter half of the 1940s, as Europe was digging out of the costliest global conflict in the history of the world.

Located in southeastern Poland, Przemysl borders Ukraine, which has been in the news of late, and experienced many armed struggles over the centuries.

The beautiful and historic town is known as the Przemysl Gate, which connects mountains and lowlands in fertile valleys. Przemysl is a town of more than 66,000 anchored on the banks of the San River, which thrived over centuries as an important trade route for Central and Eastern Europe. 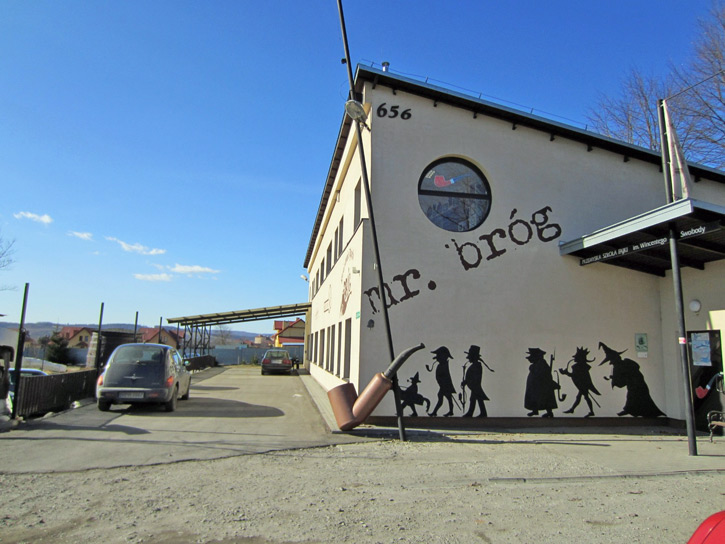 In 1947 master carvers Wiktor Winiarski and Zbigniew Mazuryk of Przemysl started a pipe company called "Wooden Accessories and Plastic Products–Beskid". Beskid was stamped on the pipes to represent the Beskids Mountain Range, a traditional name of a powerful array of mountains in the Carpathians, stretching from the western Czech Republic along the border of Poland on up to eastern Ukraine.

Also, Beskids is a kind of signatory to the history of the shop as it was passed down from master to student over the many years. The fertile valleys footing the mountains not only grew food, but also produced wonderful pipe carvers.

The name Mr. Brog derives from the current owner/artist Zbigniew Bednarczyk and his master teacher, Kazimierz Rog. In 1981, Zbigniew Mazuryk partnered with his co-workers, and the shop became "M.R.B" (a combination of the names Mazuryk, Rog, and Blazkowski). 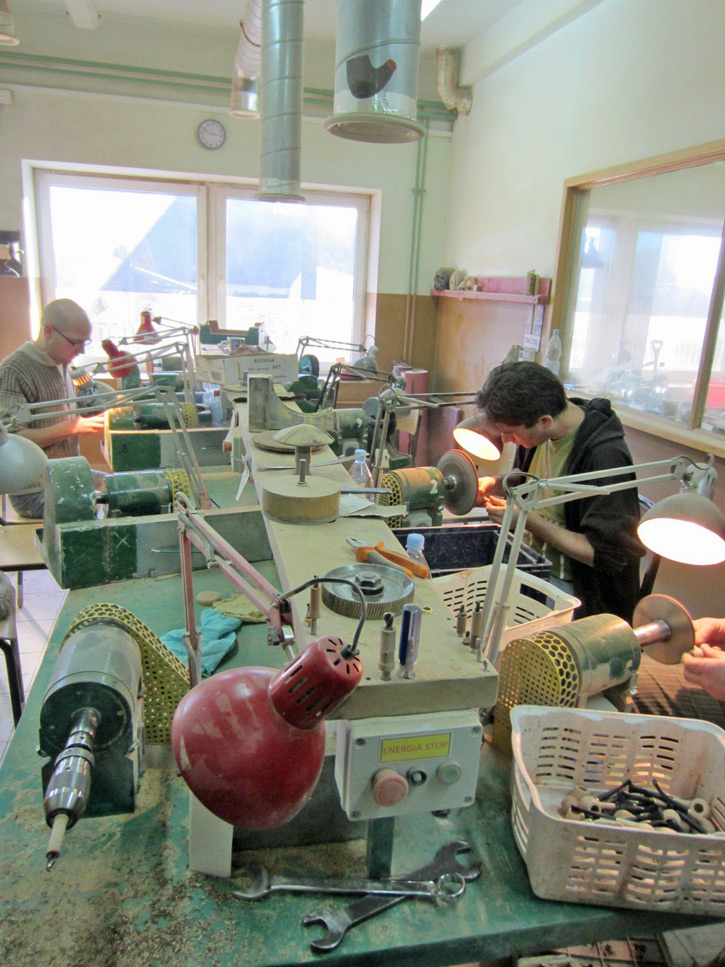 It is noteworthy that the company from its inception as a place for pipe artists, has always commemorated its master carvers in the future of the business of pipe making.

The initials M.R.B. were stamped on the pipes and mouthpieces in the ’80s during an era of martial law and the rationing of tobacco products. This was a time of prosperity for the company since demand for tobacco products was high, according to information from the company.

Beginning in the early 1990s, the name "Brog" was stamped and numbered on the company’s pipes. Brog also produced a catalogue at the time, featuring its pipes and the nomenclature of numbers.

Then in early 1995, Zbigniew Bednarczyk bought out his partners and registered the company under the Mr. Brog name, according to company history. 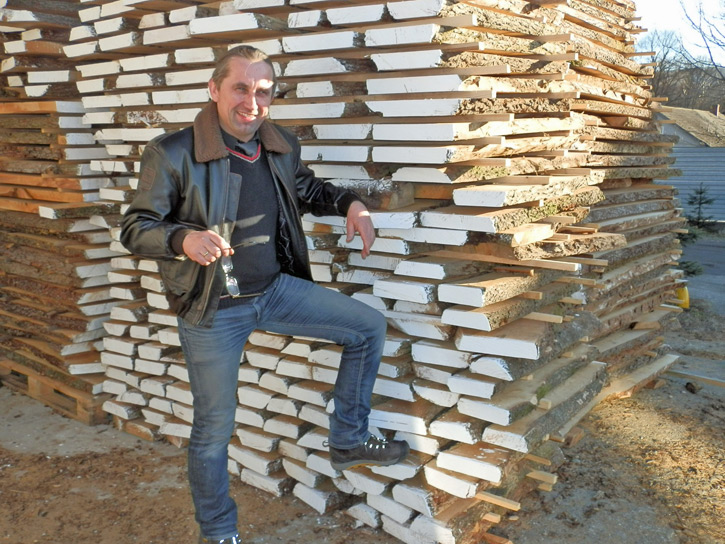 Zbigniew Bednarczyk, owner and creator of Mr. Brog pipes in front of pear wood being dried

Pipe smoking in Eastern Europe is widespread, and quite possibly outranks America in popularity.

The catch is that pipes carved from briar are expensive and many smokers in Eastern Europe struggle to purchase pipes made from the burl.

Conversely, pear wood is prevalent and much, much cheaper than briar. Poland is blessed with pear orchards. Pear wood is found in many of the country’s wood products, such as furniture, stairs, and artistic or cosmetic turns and trim on products.

And, says Zbigniew Bednarczyk, owner and creator of Mr. Brog pipes, pear wood is very dense. "It has almost no air holes," he says, unlike briar that will have air holes to be plugged.

This fact, says Bednarczyk is a "blessing" for pipe carvers in Poland. Pear is cheaper and makes for a good smoking pipes.

The only downside, he says, is that pear pipes smoke a little warmer than briar. But, that’s welcomed during Europe’s cold winters. Wink, wink. 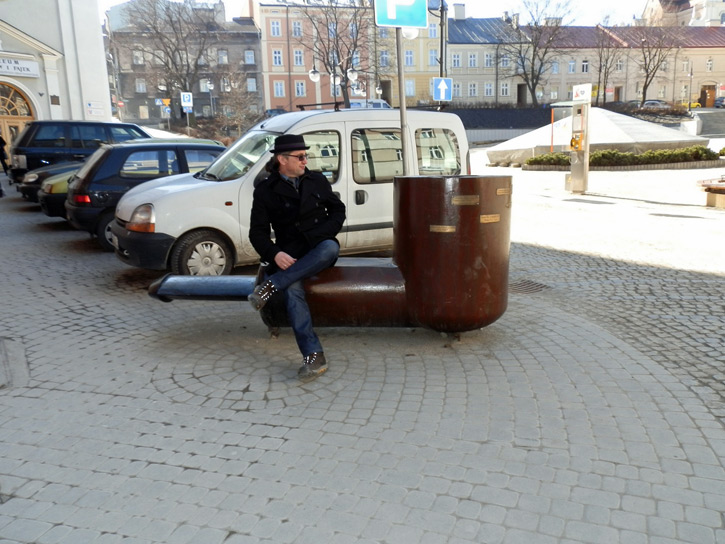 In addition, briar was extremely hard to come by after World War II. It wasn’t until the 1970s that Polish carvers were able to obtain briar from Albania. Today, Poland’s carvers source briar from Mediterranean countries.

Thus, you have the beginnings of Mr. Brog Pipes, a handmade pipe produced in Poland. It has gone from zero to selling more than 2 million pipes and claims it leads the European market in pipe production.

Mr. Brog turns out some 50,000 pipes per year, 25 percent of which comes to the United States. Most of the carvers produce roughly 30 pipes per day, according to the company.

Pipe masters at Mr. Brog are constantly deriving new designs. Once a design is drawn out, the bowl and outside of the shank are drilled and shaped.

More than 50 percent of the remainder of the pipe is produced by hand, according to company information. The drilling and shaping are fashioned up to a point, and then the hand tools take over.

Other than producing an impressive smoking pipe at a lower cost, Mr. Brog’s driving philosophy is unique in this day of mass production of products.

Mr. Brog is not all about money, but "about expressing the feeling of art for others to enjoy," says Bednarczyk.

"There isn’t a greater feeling for an artist than to be able to express the imagination and have the world enjoy it. My vision leaves my hand, and does its job for 100-200 years in some else’s hand.

"This is what drives the Mr. Brog brand, and that is why we constantly have new designs, and new colors and finishes."

Europeans, says Bednarczyk, in general are more relaxed people, and have more time to make use of a pipe.

"In the U.S. everybody wants a quick two-minutes smoke, and (then) run(s) off.

"In reality, there’s nothing that can come close to a good pipe smoke. It is the healthiest form of smoke, and also the most relaxing and appreciating," sayeth the master carver.

Is it little wonder then that Przemysl is known as Poland’s Pipe Headquarters?

There is even a monument of a happy fellow sitting in the middle of town, resting himself on a bench. Smoking his pipe, that appears to be a churchwarden, while holding a stein of unknown content. 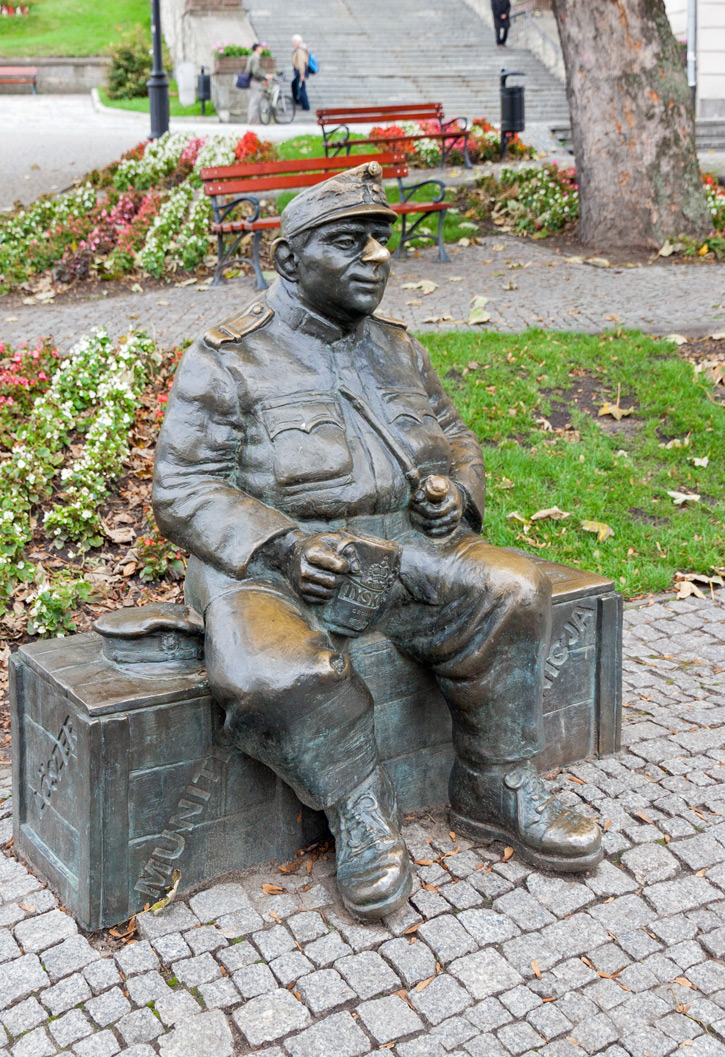