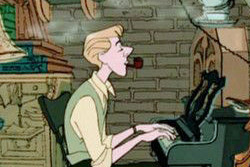 Hi, I’m Fred. I am a pipe-aholic with chronic PAD tendencies. I have been hooked for many years. I’ve been to rehab so often therapists no longer ask me about my latest acquisition. They immediately transport me to the "quiet room," where there are neither computers nor Internet service, no pipe catalogs or magazines. Even no sharp objects lying about. It is triage all the way.

The "quiet room" has padded walls with large leather fold-out-easy chairs and everyone sits for a moment to meditate (without incenses, of course) before introducing themselves to Pipe Aholics Anonymous, or as it is known in the community, PAA.

It is obvious by now: There is no cure for PAA. The pipe-aholic is alone in the wilderness, prey to the very next photo of a beautiful pipe, to lure the poor, defenseless pipe-aholic to his or her next purchase.

Is it possible to become addicted to the addiction of collecting pipes? The older I become, the more I wonder about this condition. None of us lives forever, so how many pipes does a pipe smoker really need?

Or, perhaps, the word need is too strong. Maybe our addiction is more of a longing, a love affair of the heart. We see a pipe on a web site or pipe show and the attraction is like the Sirens of Ancient Greece. Their song is so alluring that we fail miserably in our resolve to refrain from purchasing another beautiful briar, say a Grecian plateau!

But, alas, we are weak against the elegance of a siren’s briar. They speak to us on another level and before the fever breaks, we have placed another order for pipe and tobacco.

And isn’t it ironic that we almost always end up purchasing just enough to get us beyond the site’s "free shipping" costs. But, who cares when the daughters of Achelous (the sirens) call out to us so hauntingly.

Recently, I began to count the pipes in my collection. And while in the process of counting I visited one of our sponsor’s web sites. Here, I spied another pipe I just had to have. It was added immediately. My collection now rounds up to about 150 pipes, give or take a dozen or so stuffed in boxes.

So, when is enough enough? In my youth, I would have said you can never have too many pipes. Now, I fear I won’t live long enough to enjoy the many pipes in my assemblage. Or even get some broken in properly. Yes, I have pipes that have never been smoked.

And why is that, you might ask? Or, you might admonish me by saying you never purchase a pipe you don’t intend to smoke. Yes, yes, I have heard that argument inside my head many, many times. 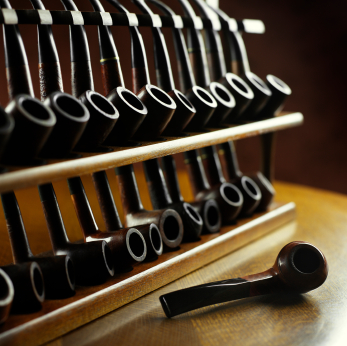 But there are some pipes that I have yet to bring myself to fire up. I look at them, rub them, shine them, slide them alongside my nose for the oils on my skin and polish the bowls brightly.

These pipes represent the heart-core of my collection. They are the treasured pipes that in some cases can’t be replaced, simply because some are either one of a kind, or they are no longer in production.

I have a Dunhill that fits the latter description. It took me quite a while to pay that one off on a newspaper reporter’s salary.

But, it called out to me in an irresistible force. And like seafarers hearing the song of the Sirens, they have no choice but to obey. The Sirens, Homer writes in the "Odyssey," will sing your mind away while lolling in a meadow.

Now, I fully understand that there are some industrial strength serious pipe collectors out there. They have all of one shape, or style, all of one premier carver, and on it goes.

My measly collection would be laughable to many collectors about whose collections I have read and continue to see mentioned in various publications. Neill Archer Roan’s Comoy’s Blue Riband collection quickly flashes up on the screen.

But lately, I have also given though to the past. At most, my grandfather, a South Georgia peanut farmer, had two pipes. He smoked one all day one day and the other all day the next.

When these pipes were burned to cinders, he would pick up another in a country store. He’d fill it with whatever tobacco was on the shelf and light the pipe by striking a match with the flick of his thumb across the head of the match.

I tried that once and managed to wedge the burning head under my thumb nail.

Many men, and maybe a few women, in that time and place were not so particular about their pipe and tobacco. It was a device for smoking tobacco. That’s it. At least in my experience.

I’m sure there must have been wealthy people in the big cities who could afford fancy pipes of the era. My folks could not, so I learned early on that waste not, want not. Use it up, wear it out was something I heard a great deal.

But, my interest in pipes began with the Walt Disney company’s "Lady and the Tramp," the 1955 movie that was a hit animation about two dogs, a female cocker spaniel, Lady, and a mutt, Tramp. 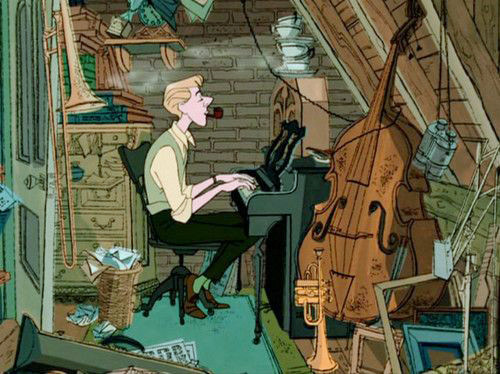 One look at that pipe and I was taken, just like Tramp with Lady. The Sirens were singing in my head.

I had been previously introduced to pipes by my grandfather and my grandmother, Maude. She smoked a cob made from corn from the farm and a reed from nearby swamps.

So, it wasn’t a stretch to decide to purchase a pipe and smoke like my grandparents.

And even though I’m not a big-league collector, I still have my first pipe, a Kaywoodie bent. I pick it up from time to time and smoke it just for the memories.

I have also been a sucker all these years for the pot shape. Over time, I have purchased many a pot shape, or bulldog, or Rhodesian. As yet no Castello 55, but that pipe is definitely on my pipe bucket list.

And then I came across the Canadian shape, whose Sirens were bouncing around inside my skull like belly dancers.

After buying a few dozen pipes, I began thinking seriously about collecting. I started small: pot was first. That changed to Canadians, Lovats, billiards, large bents on the order I had seen the eminent philosopher Bertrand Russell smoking.

Then came the straight billiard, something C.S. Lewis or J.R.R. Tolkien might smoke.

And then the White Goddess (see Fred Bass story, PipesMagazine.com) found me. Was it possible to create such a gorgeous pipe from ancient sea shell? 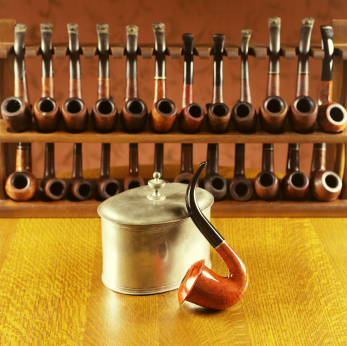 The answer is, yes, indeed.

Next, I saw a "claw" meerschaum, a dragon’s foot perhaps, and I was fated. People gave me meers, some of Civil War faces carved with such detail as to appear alive.

A whole new environment evolved in my pipe collection. The meers are truly the queens of my collection and are cared for lovingly each time they are removed from their protective leather cases. Some are still handled with white gloves!

My first meer was a large gourd Calabash, perhaps similar to the one William Gillette carried around in his early portrayals of Sherlock Holmes on stage.

Then on a vacation trip to Hannibal, Mo., years ago, I got to see the deeply bent and battered pipe Mark Twain smoked. He seemed to have carved it a bit at the rim. It was dated to 1896 in Peterson’s famed System Pipe, full bent.

Naturally, I ordered several rather large Peterson system pipes and had to have the 1980’s version of the Mark Twain pipe created by Peterson. Later, I purchased a Twain set.

I need help!
Hi, I am Fred. I am hopelessly doomed!