Happy Feet from the Amen Corner 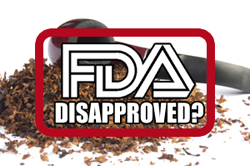 Would it really blow your skull into giblet bits if you learned that your FDA (they work for us, you know) in all of its wisdom created a real boogie man monster within the deepest regions of their tobacco regulations? Oh, to be sure. Let me explain.

Back in 2009 when the FDA issued its regulations for The Family Smoking Prevention and Tobacco Control Act, the agency had to satisfy a law put in place during the Reagan presidency. This Regannomics law stipulated that any new regulatory stricture created by the bureaucracy had to define the cost-benefits of such a law. Well, holy tobacco leaf!

Buried in the body of the tobacco control act was the required cost-benefit analysis of a smoker (pipe smokers included) losing his or her favorite smoke. Moreover, that analysis proclaimed that a smoker’s "happiness quotient" suffered immensely when they had to lay down our evil habit.

I quote from a New York Times story on the issue concerning the "cost-benefit calculation. . . assumes that the benefits from reducing smoking – fewer early deaths and diseases of the lungs and heart – have to be discounted by 70 percent to offset the loss in pleasure that smokers suffer when they give up their habit." Uh, oops. Say, what?

In plain English, the FDA estimated a smoker would lose 70 percent of his or her happiness by giving up tobacco in any of its forms. This gave the anti-smoking crowd apoplexy. 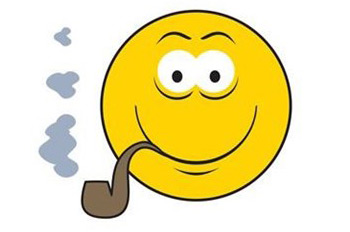 Was it possible the FDA overestimated the benefits of laying down your pipes and tossing out your precious tobaccos you worked so long and hard to acquire? Awww, they wouldn’t do that, would they?

Yes, says the economists who studied the FDA tobacco regs and wondered about the "happiness quotient" and why it was so high.

The web page tobacconomics.org is no friend of tobacco. But here is what some of those serious economists say: "We concluded that the analysis of the impact of GWLs (graphic warning labels) on smoking substantially underestimated the benefits and overestimated the costs, leading the FDA to substantially underestimate the net benefits of the GWLs. We hope that the FDA will find our evaluation useful in subsequent analyses, not only of GWLs but also of other regulations regarding tobacco products. Most of what we discuss applies to all instances of evaluating the costs and benefits of tobacco product regulation and, we believe, should be considered in FDA’s future analyses of proposed rules."

In other words, the anti-tobacco economists want the FDA to lower that happy 70 percent to what they consider a more reasonable number.

Now this little bit of news about the happiness quotient has been very, very slow in coming to light.

Ahhh, as my old newspaper logo once supposed: "Give light and the people will find their own way."

Another way of thinking is to let a little light shine in, and it will disinfect the bugs.

Imagine the FDA having to admit that when one of the demon smokers (read "pipes" here) gives up the dreaded habit that is killing flora and fauna, causing tsunamis, ruining crops the world over, the practitioner of tobacco gives up 70 percent of his or her happiness quotient.

In essence, when you lay down your pipes for good, you are reducing your happiness by 70 percent.

Holy pipe tools! Did the FDA know what they were doing?

This cost-benefit analysis has caused the anti-tobacco zealots to require resuscitation and emergency heartburn medication.

In fact, many of the antis have now uncorked criticism at the FDA for even burying this nugget in its report, saying that it might give smokers the idea that they do not really want to give up 70 percent of their daily happiness quotient.

The anti-zealot line is that the "happiness quotient" is rated way too high at 70 percent and could indeed influence a pipe smoker not to toss out his or her favorite briar with the bath water.

The antis would like to see the happy feet chopped off at the knees and be reduced to nubs.

Why not just ignore the "happy" thing for smokers? They don’t really care about being happy in the first place, and they make the rest of the world miserable with their pipes and tobaccos and all that second-third-fourth-and-fifth-hand smoke.

Besides, all that off-hand smoke causes the house to collapse in on itself after a while. All that pipe and cigar smoke infuses the walls with nicotine that produces ravenous super termites drunk on tobacco that then eat the house away. 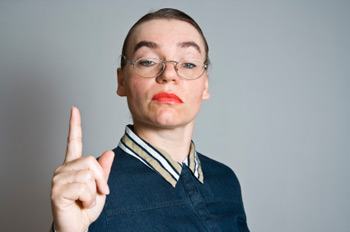 Think how happy the world would be without smokers (potheads excluded, of course)! The globe could pick up another 70 percent of happiness in a world in which there were no smokers.

Of course, governments would have to open up more looney bins in which tobacco-deprived nuts would be in charge.

Imagine a world with no pipes, no really cool tobacco blends, no cigars. No cigars? That is what I said.

You can forget cigarettes. They are toast. However, losing a favorite pipe tobacco blend or a La Perla Habana Classic Maduro registers more than a 70 percent hit on the happiness scale.

That’s like taking it all, creating a world without art or sunshine, or a beautiful sunset, or a Blue Moon over Kentucky.

Did I just say cigarettes are toast? Well, it depends upon the type lens through which you are peering. Many of the top cigarette manufacturers have noted quarterly increases in what British American Tobacco calls a "tough environment."

It seems then that not everyone is willing to give up his 70 percent happy times.

So, here is the bottom line as they say in the biz world: The antis are gonna go crazy whether our happy feel is 70 percent or 7 percent. Their view is that smokers should be taken out and shot at sunrise (I jest, but you get it).

Pipe puffers want to sit with their buddies, think about all the ramifications, philosophize and just get along.

Cigar chompers, the blue beards of the tobacco world, are likely to tell the antis to shove it, they are never going to let go of their precious sticks, or their 70 percent of the happiness quotient.

As for me, I like what Mark Twain had to say on the subject of smoking: "As an example to others, and not that I care for moderation myself, it has always been my rule never to smoke when asleep and never to refrain when awake"–70th birthday speech.

Can I get an amen?

Good. Now I am happy. 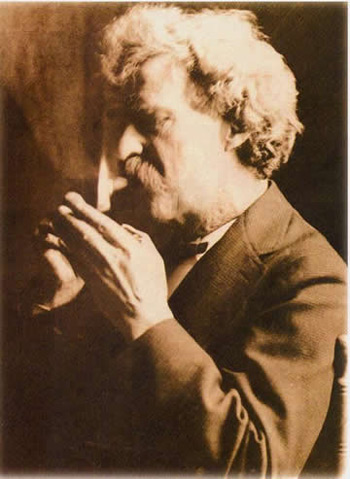