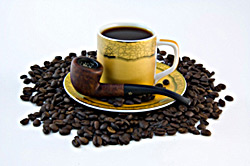 This month’s column will harken back to my first piece in that I will remark on points of etiquette and behaviors both to avoid and adopt as one may wish to cultivate the gentleman’s demeanor. Resolutions of the New Year sort are much discussed now and admit I rarely make them. I am, however, quite willing to suggest some to others.

My local coffee café has a very culturally and ethnically diverse clientele. It may seem unlikely that a semi-suburban coffee bar in Tennessee would host Indians, Ethiopians, Kurds, Chinese, Americans, Greeks, Ukrainians, Turks, Pakistanis, Russians, Koreans, Chechens, Mexicans, Afghans, Japanese, Somalis, various Central and South Americans and even the occasional Brit, European or Scandinavian. I can quite literally visit there on a busy summer evening and be surrounded by dozens of folk in animated conversation, seated at the outside tables and not hear a word of English. It is quite marvelous and fascinating.

This café is truly a microcosm of ( admittedly ) middle and upper middle class folks of these various cultures and a great way to observe their habits in public in this somewhat universal setting; the coffee café. Here I have become aware of how some stereotypes ring true, while others appear to be false, or at least, inaccurate. 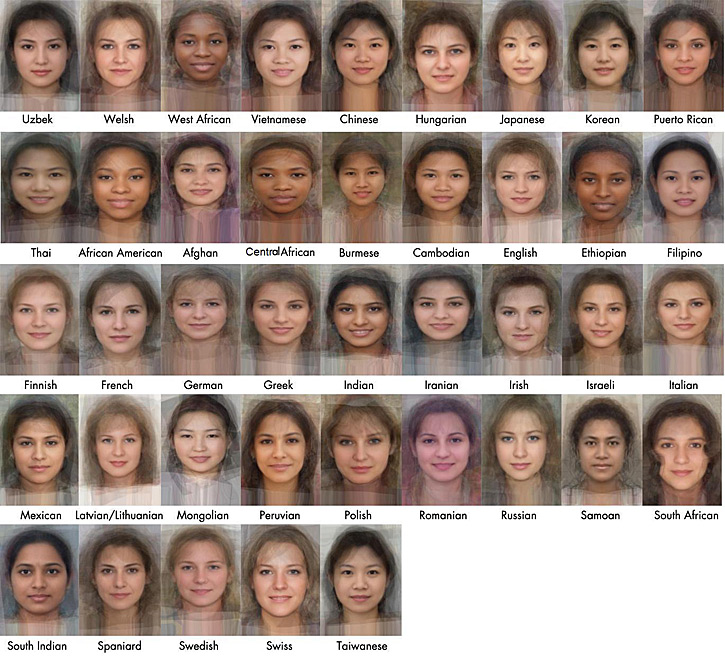 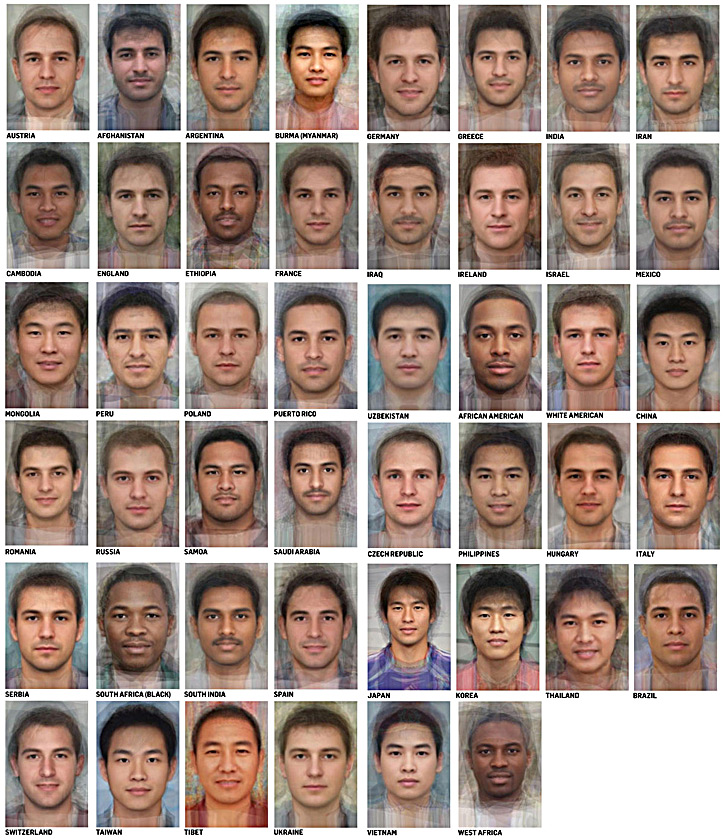 I believe it is a commonly held assumption the world over that Americans are loud, friendly and too forward. I can tell you that, compared to several other groups I have observed here and abroad, we are by far not the loudest or most animated when amongst our own. We have no monopoly on friendly demeanor or hospitality either. I will say that we can be a bit forward, though almost always in a guileless and affable way.  Perhaps this is a side effect of living in a very open society. If so, I believe it is a very cheap price to pay. Our perceived forwardness brings me to my first suggested resolution.

Never ask: "Where are you from?" This is at best awkward, if not rude and intrusive before a polite rapport has been established. Usually his is a euphemistic phrase substituted for "You look /sound different than me and I think you are from another country, but I can’t tell which one, and I wish to know because I am curious about you." If you are patient and polite perhaps your question will be answered without having to ask.

It is far better to suppress one’s curiosity than to ask a Korean if he is Japanese, a Turk if he is Greek or an Indian if she is Pakistani. This is the cultural equivalent of asking "When are you due?" of an overweight lady that is not pregnant. Be patient, friendly and polite. Many times the information is volunteered, but remember; it’s really none of your business, is it?

A very common sight in modern cafés are laptops and other internet connected devices. Most cafés provide extra outlets for their patrons as a result. I have often seen every available outlet sprouting various converters and cables that snake across tables, chairs and floors powering these ubiquitous rectangles of glass and plastic. At my favorite café, the outside seating also has extra outlets to accommodate the cyber enthusiast and coffee shop entrepreneurs. Invariably, I will have to step over a white Apple power cord or a thin black Android device’s umbilical. This brings me to my second suggested resolution for the New Year.

Avoid stringing cords for electronic devices across a common walkway, aisle or corridor. Obviously this can be a dangerous practice, if not for the devices, certainly for the other patrons. It also strikes me as raising a sense of entitlement to callous rudeness. If one cannot be seated close to an outlet, so as to avoid obstructing a common thoroughfare, forego plugging up please. That over priced latte does not purchase you the right to inconvenience or endanger others. Small children, the elderly or infirm and the merely distracted can all fall victim to these wire snares. This practice of running cords hither and yon seems to be universal and not unique to any group.

As I observe my fellow patrons at my favorite café, I see mostly friendly, considerate and polite behavior when these folks are interacting. This is truly great and quite laudable.

Automatic and anonymous consideration of others is another matter. Far too frequently I see a large group leave a prodigious amount of trash at a table, even though there are trash receptacles never more than a few steps away. Interestingly, a lone person or a pair of customers almost always police their area of their cups, bottles, bags and such. I always find this curious.

I am hugely grateful that the management of my favorite café never seems to enforce the smoking ban at the outside seating area. Also, most patrons that smoke do so at the very outer edge tables and seats, thus making an effort to not be blatant and obnoxious scofflaws. Unfortunately, these outer seating areas frequented by those that smoke often have several crushed cigarette butts surrounding the tables. Ashtrays have long disappeared from this establishment, but surely an empty cup or bottle could be used in their place. Picking up the butts and trashing them would show appreciation for management’s accommodating attitude regarding the smoking ban. To be sure, consideration of others is always the code of the gentleman.

Because so many of my fellow patrons are from multiple and varied cultures, religions and backgrounds, I make it a point to avoid giving offense unintentionally, which requires care and a bit of research. While there is obviously no hope for the moron that sports a T-shirt bearing profanity or pointedly offensive phrases, I have seen behaviors that, though not intended, still may give offense to those of other cultures.

Certainly this is America, but the U.S. is still a fairly young amalgamation of many cultures and as such it is well to be sensitive to customs of many other cultures. A gentleman at heart would never wish to give offense or put others ill at ease.

The following are a few common actions that give offense in some cultures. Many Americans are unaware of these seemingly innocent acts.

Many times at outside seating I will notice a young man seated with his feet propped up on a chair or railing. Given the international mix at my café, easily one quarter of the patrons would find this off putting, if not truly offensive. Showing the soles of one’s shoes to another is insulting in many parts of the world. Though I do not find this insulting in the manner a Middle Eastern, Asian or African might, I still see it as slovenly and impolite. 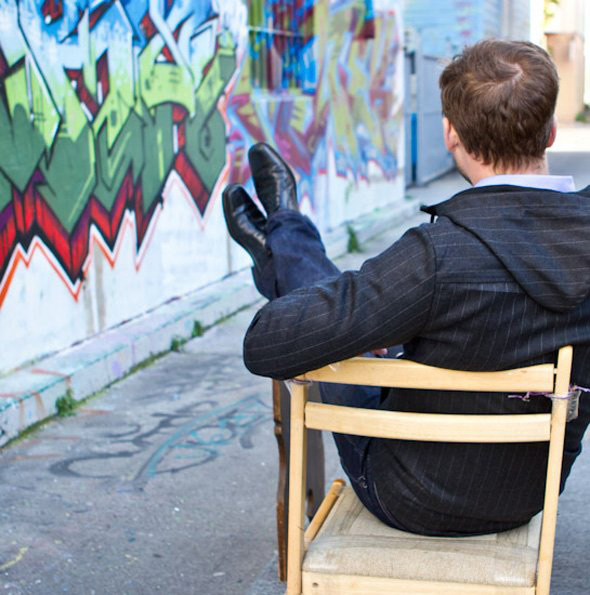 I grew up here using many of the following gestures and still employ them when I know it will cause no consternation or be misinterpreted. The following are common here, but can give offense to those from other cultures.

Thumbs up—many cultures across the world find this offensive. It roughly equates to saying "up yours".

Open Palm Out- Often used to say "stop’ or "no more, I am full", this gesture to Greeks indicates the intention to rub excrement into their face. Let’s really avoid this one.

The "OK" sign- the thumb and forefinger in a ring is the same as "giving the finger" in lots of places, especially in South America.

The "V" sign- given with the palm facing in, Brits and Australians interpret this as being "flipped off".

Beckoning with a crooked finger- very offensive, even illegal in the Philippines.

Giving or passing something with the left hand- in many cultures the left hand is reserved for wiping oneself. Always hand off things with the right hand please.

Pointing with the index finger- considered quite rude in many Asian and Latin American cultures. Indicate with a closed fingered flat palm, except as noted above.

Gesturing with one or two fingers can often cause unintentional insult to those of other cultures, so it’s best to avoid this practice until you know you are on safe ground. 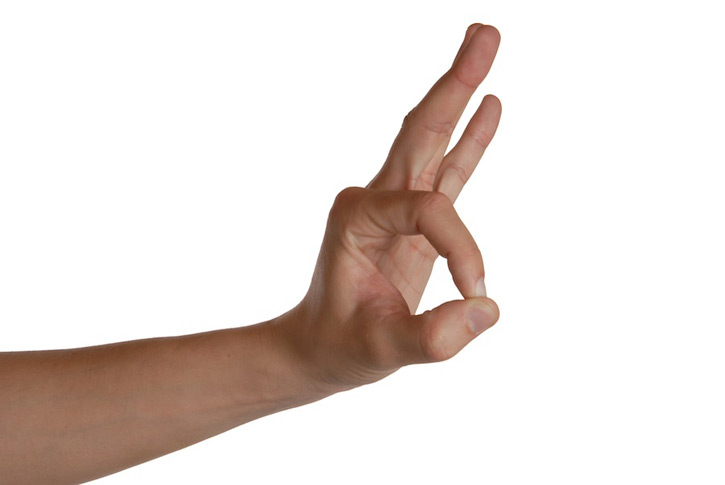 This is Our Country

Absolutely! But let us not forget the "we" that makes up the "our" in "our country". We are a vast mix of peoples and while I believe that those coming to live here would do well to integrate into the general American culture, as a gentleman, I never wish to make another uncomfortable. There are also many thousands here visiting, attending universities and doing temporary work.

Perhaps I shall resolve to be even more considerate of others in this New Year.

The matching vest – A vest that matches a jacket or pair of trousers can create many interesting variations just by adding the odd pair of trousers to jacket and vest or the odd jacket to the vest and trousers. One can also break up a three piece suit to give the same possibilities. 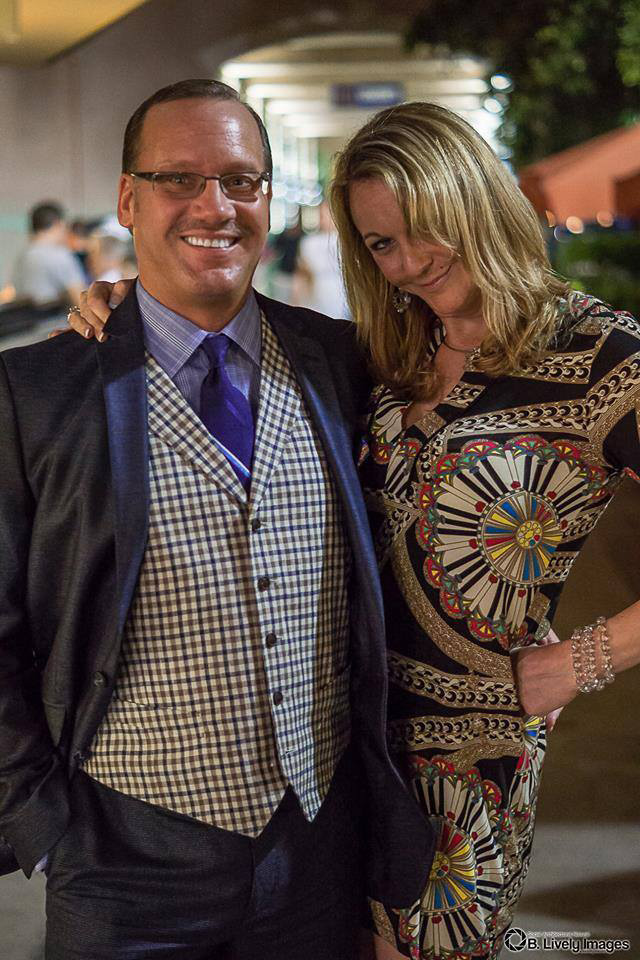 Another tip: The bottom button of the vest, (or waistcoat as they call it in Britain), is always unbuttoned.

Cheers and Happy New Year to all,
Steve Morrisette
the Gentleman Smoker

Spend More for a Bargain

Devil in the Details: The Style of Accessories