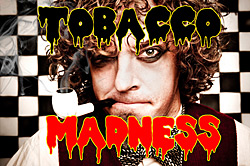 If you’re a pipe smoker … and for the first time writing here, I don’t just mean a tobacco pipe smoker—whether you smoke tobacco or marijuana in your pipe, you may have noticed a change in social attitudes and acceptability of these two "weeds". If you’re a pot smoker, you may have noticed that the future looks bright as far as being able to enjoy your pastime with less hassles. If you’re an avid enthusiast of pipe tobacco, you’re much more likely to be considered weird at best, and at worst, a source of impending doom, a disgusting addict trying to bring down not only yourself, but all the innocent bystanders around you. Sometimes I exaggerate a bit to make a point… this isn’t one of those times.

While more U.S. states are making marijuana legal, the United States Centers for Disease Control and Prevention (CDC) is spending $48-million of tax-payer’s money on an ad campaign with horrific images and messages as reported by The Wall Street Journal on March 28, 2013 in their article "Graphic New Antismoking Ads Launched". Even though we won a battle with the U.S. Food & Drug Administration (FDA) by having their disgustingly graphic warning label requirements struck down on First Amendment grounds, the CDC figured out how to pick up the ball and run with it.

In doing a little research on ad campaigns that use disturbing graphic images in the U.S., aside from anti-smoking, there were a few P.S.A.s about drug use (none on marijuana). Only in the U.K. did we find a graphic advertising campaign for not texting and driving. Texting while driving is obviously quite dangerous, and has resulted in many instant deaths of not only the driver, but also of innocent bystanders. I don’t ever appreciate seeing grotesque images, but if we must have ad campaigns with unsettling graphic images wouldn’t it make more sense to show a wrecked automobile with a decapitated corpse as an anti-texting message rather than the highly disturbing imagery about smoking? Sorry. I know that’s completely gross, but I’m trying to make a point about how more and more things just don’t make any sense in today’s world. I imagine we don’t have sickening anti-texting campaigns because reasonable people realized that it’s simply too much. There’s just no reasoning with the anti-tobacco crowd though.

Back in the 1970s, tobacco pipe smoking was at its highest level in all of history, which would also correlate to it being quite socially acceptable. But then things began to change. Marijuana was gaining popularity at this time, while smoking tobacco in a pipe started to decline. An old film, "Reefer Madness" surfaced around this time as well. The movie became what is consider a cult hit and an unintentional comedy. It was originally produced in 1936 by a church group that was against marijuana use. It became an accidental farce because it was so over-the-top melodramatic in its depiction of the horrendous results of smoking pot and so far from the truth that it was just ridiculous. You can find clips as well as the complete movie on YouTube since it is now in the public domain. If you’re going to try to endure the entire movie, I recommend smoking your favorite weed along with it.

While the movie Reefer Madness is obviously silly, today’s social and political climate regarding tobacco doesn’t seem too far away from the ridiculously excessive theatrics of this propaganda film … the only difference being that most of the world is buying the disinformation. The brainwashing has worked, and seems to be irreversible.

MORE READING  Stay Right Here, 'Cause These Are The Good Old Days 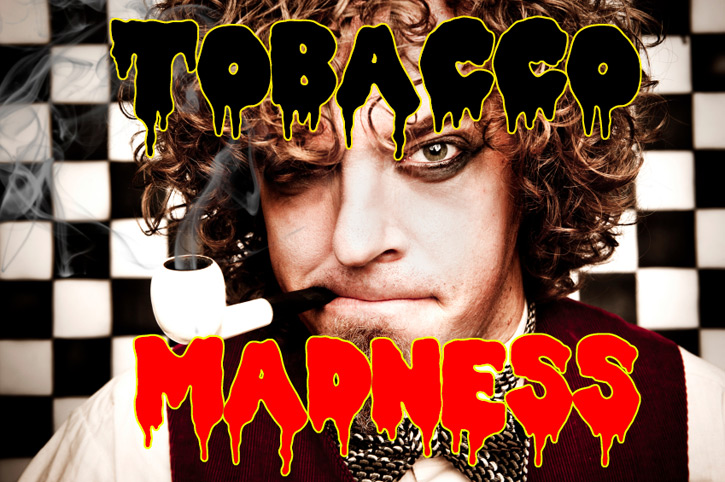 Marijuana, on the other hand, has made great strides in social acceptability. In the April 2013 edition of Playboy, there is a feature article; "Pot & Circumstance—with marijuana legalization at an all-time high, we present our first ever gentlemen’s guide to ganja." Ironically, Hugh M. Hefner, Editor-in-Chief and founder of Playboy, one of the most iconic pipe smokers in modern times hasn’t smoked a tobacco pipe in over 20-years, according to his publicist.

A recent survey by the Pew Research Center finds that for the first time in four decades, a majority of Americans favors the legalization of marijuana, with 52% supportive and 45% opposed. In addition, the survey found a decrease in those who view marijuana as a “gateway drug” and smoking it as morally wrong, and an increase in the those who feel marijuana has medical uses and that government efforts to enforce marijuana laws are not worth it.

You can view the full results of the survey here.

I asked fellow pipe smoker, and Ph. D in Sociology, Mike Garr if he could offer any input on the changing social acceptability of tobacco versus marijuana. He offered the following charts and commentary.

A significant aspect in the growing social acceptability of marijuana is the newly recognized medical value. Some common uses of medical marijuana are; preventing nausea and vomiting, and stimulating appetite in cancer patients, relaxing muscle tension, and help with insomnia. 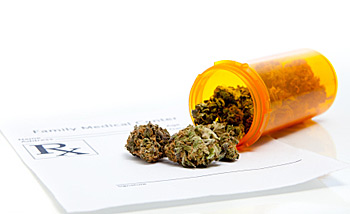 Aside from the recently established medical uses, a whole bunch of other people just want to get high. I suspect some of them may resort to inventing some illnesses, while some ailments are certainly legit.

At the same time, what’s being completely ignored is that a marijuana smoker is inhaling smoke into their lungs, which is no doubt damaging. "…the amount of tar inhaled and the level of carbon monoxide absorbed by marijuana smokers is 3 to 5 times greater than among tobacco smokers."1
Keep in mind that in the preceding statement "tobacco smokers" means cigarette smokers that inhale, not pipe smokers that do not inhale.

The individual smoking cannabis also becomes impaired. Some of the effects include; "disorientation, altered time and space perception, lack of concentration, impaired learning and memory, drowsiness, and sedation."1

Not there’s there’s anything wrong with that as long as they are sitting on the couch at home shoving handfuls of Doritos, Tater-Tots and  Mallomars into their mouths, and not driving, operating machinery, or neglecting responsibilities.

Nobody seems too concerned about any of the negative effects of pot smoking, which is fine with me – live and let live … except that’s not the way it is concerning tobacco, and it’s even worse that connoisseur pipe tobacco gets lumped in with mass-market cigarettes.

Pipe smoking is known to help one relax, concentrate better, lower blood pressure (you might need to smoke a pipe while reading this article), and there are benefits to nicotine recently discovered … that you never see published in any mainstream media, because as I previously said – The brainwashing has worked, and seems to be irreversible.

Smoking cigarettes is bad for you. We get it. So are a lot of other things; like eating fast food, drinking too much alcohol, texting while driving, not wearing sunscreen, listening to very loud music, and so on. 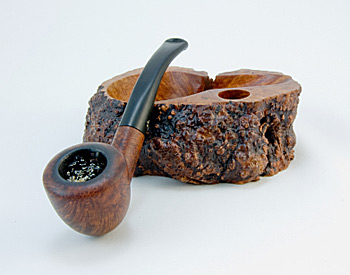 b. “Death rates for current pipe smokers are little if at all higher than for non-smokers even with men smoking 10 pipefuls per day, and with men who had smoked pipes for more than 30 years.” – Publication No. 1103, page 112.

This was from the report in 1964. That positive information has been removed, likely to be considered blasphemes by the anti-smoking zealots.

Contrast that with the 2010 Surgeon General’s Report …"The Office of the Surgeon General just released a report claiming that a single puff of a cigarette or a single inhalation of secondhand smoke can permanently damage one’s health and perhaps lead to death." That’s from a great rebuttal, Surgeon General Jumps the Shark by Steve Milloy. Remember Reefer Madness? We now have Tobacco Madness.

Even though most pipe hobbyists are not in it for the nicotine, and smoke pipes more for the flavor, we should talk about it since it is present in pipe tobacco. Actually, nicotine is also present in some common foods.

People think that nicotine causes cancer. It doesn’t. The chemicals added to cigarettes are what some think can cause cancer. Nicotine actually has health benefits.

Nicotine is also being studied as a possible treatment for schizophrenia.

The reason you don’t hear about this is because nicotine can’t be patented so drug companies can’t make any money from it. (You can read about this in Fred Hanna’s book, "The Perfect Smoke – Gourmet Pipe Smoking for Relaxation and Reflection.") I also suspect that you don’t hear about the positive uses for nicotine is because it’s been indoctrinated in society that it’s evil.

Here’s another one that’s so overused, it’s ridiculous – quoting gigantic numbers of deaths "caused by smoking".

"The adverse health effects from cigarette smoking account for an estimated 443,000 deaths, or nearly one of every five deaths, each year in the United States"– CDC

What they don’t say, and completely ignore is that pinpointing the exact cause of an ailment is an inexact science because it is so difficult to rule out the role played by personal habits, toxins in the environment and many other factors.

By nature, I am highly optimistic. In this case, I am optimistic for my pot-smoking friends that they will soon be able to buy all kinds of great weed from professional retail marijuananists, and eventually, probably at convenient drive-throughs as well.

Unfortunately, I’m having a hard time trying to convince myself that things won’t keep getting worse for those of us with the gall to actually smoke tobacco in a pipe.