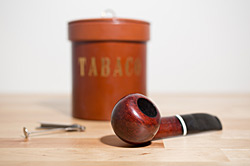 In my early twenties I was fortunate to become friends with Mel Feldman, who owned The Smoker in Albany, NY. Mel was kind enough to spend hours talking to me about blending tobacco, which led to some admittedly amateurish attempts at creating my own mixtures. With a little perseverance my work became good enough that we offered a few of my blends at The Pipe Den, also in Albany. They did reasonably well. Well enough, in fact, that some of them were used by other stores in the chain. As I did more blending, I tried to codify things so I had firm guidelines to follow.

In the ensuing years, I read a number of books by people who had a lot more experience than I did, and spoke to a number of blenders to glean as much information as I could with the goal of creating a set of rules to make my efforts as successful as possible. I discovered that opinions differed greatly, even among well-respected blenders and shop owners, but there had to be hard-and-fast rules, right? 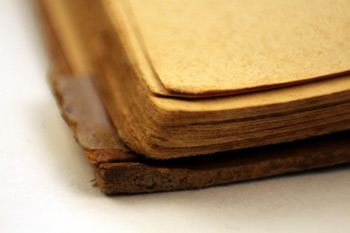 From the books I had read, it seemed that most of the authors wrote that a blend shouldn’t contain more than 10 or 20% Perique, and Latakia should be kept at no more than 30%. Something didn’t ring true, as I was fairly sure that Balkan Sobranie Original Smoking Mixture contained more than 30% Latakia. Lane’s bulk blend BS-005 definitely had more than that. As far as Perique went, I couldn’t be sure, but I swore that I had smoked blends that had in excess of 20% of the deeply fermented leaf.

Some of the books said that Orientals and Turkish tobaccos shouldn’t constitute more than 20% of a mixture. But not all Orientals are that assertive, so there must certainly have been some blends with a healthier share than that. The picture didn’t seem any clearer from my reading and discussions. What muddied the waters even further was the lack of consistency in terminology.

Cavendish generally referred to leaf that has been sugared or flavored and pressed for a period of time, then it was sliced and tumbled out. But some black Cavendishes are made of cut leaf that’s toasted and/or steamed without the use of pressure. In fact, I learned as time passed that some "Cavendishes" were just tobaccos that had a top-dressing and were never pressed at all, except during cutting.

Let’s not even get into the English vs. Balkan confusion. When I first started in the business, the term "Balkan" was never used except as a part of a brand name. Back then, "English" tobaccos were ones that were largely unadulterated, so most of today’s "English" blends would fall into this category, but so would a Virginia/Perique blend without any top flavor. This came from the fact that, in the past, the British government had strict guidelines regarding what could be done to tobacco, and the use of flavorings and additives was greatly restricted.

Flakes are pressed whole leaf that is sliced after being removed from the mold, so imagine my surprise when I ordered some Virginia flake and got yellow leaf that had been cut into pieces about ¼" square. Apparently flake-cut tobacco meant something different in the US than in the UK. How could I put together a set of rules or guidelines when there was so much confusion in usage and terminology?

Fast-forwarding to the beginning of Hearth & Home, I found myself fighting against the walls that had been erected by the experts who wrote those old tomes. I felt that I was really taking a chance with one of my earliest blends. Larry’s Blend contained 67% Latakia by weight, and had about 25% Turkish, so I was breaking two of the "rules" with this concoction. Larry Loerzel, for whom the blend is named, really liked it, and I did too. But I was concerned about selling it because it was so unconventional by the standards I had read about. I needn’t have worried as Larry’s Blend has been hugely successful, being one of our best-selling tobaccos for almost nine years. 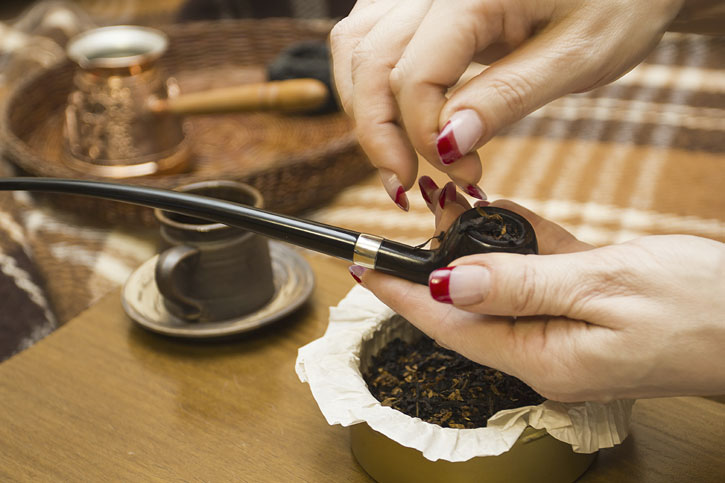 The success of that blend helped me to come to a conclusion– there are no rules, other than the ones that a blender has to comply with legally. Since then, I have used 25% Perique in a blend that also has toasted black Cavendish in it (Obsidian). A number of my later blends are very Orientals-heavy (Sweet & Savory, Magnum Opus, WhiteKnight), and yet they’ve done well. I’ve done a blend with 30% Latakia and a Bourbon top-dressing (Missouri Meerschaum American Patriot) that’s been well-received. When I was challenged to make a bacon-flavored tobacco, I mixed dark-fired Kentucky, with a hickory smoke aroma, with a maple-flavored base. I did it because of the challenge, but it’s turned out to be pretty popular.

My conclusion is that rules apply when there are universal truths, and those don’t exist when it comes to flavor. Many people would shudder at the thought of chili peppers being combined with chocolate, but it’s been done for centuries with Mexican molé, and now you can find dark chocolate bars with chilis added.

Not only do different people have different tastes, but some people can’t even taste certain things, or, at least they can’t taste them well. I’ve tweaked an experimental blend because I wasn’t happy with it and found that the new version to be satisfying, but some of the people I had sampled it to couldn’t detect any changes. That alone is an indication that rules don’t apply to matters of flavor.

I’ve said a number of times that when my work day is over and I have to clean off my work area, I could take the leavings from the top of the bench, put them in a bag and somewhere, someone would smoke those scraps and declare them to be the greatest blend they’ve ever tried. The upshot is that I’ve decided to not worry about rules anymore and just trust the old taste buds.