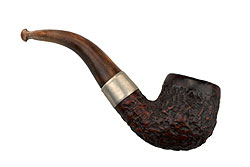 The pipe collector’s dilemma—imperfections and fills. Could the beautiful shape of a one-of-a-kind handmade pipe overcome the disappointment of a flaw in the briar, or an attempt to fill the flaw? Certainly, some collectors abhor fills more than a sand pit or a void. Why? Maybe because they feel that the fill is deceptive; a way to try to cover up a problem with the wood. It might be that most fills will eventually become more noticeable as the wood ages and colors. I want to look at this subject, but one thing I will promise you is this: nothing I write will, by any means, settle anything. This is a truly subjective issue. All I want to do is to bring the thoughts to light, and to offer some differing viewpoints.

So, is it deception to use a fill? Certainly not, if the description of the pipe points it out, and the pricing of the pipe reflects the fact that it exists. Also, let’s face it, a smooth pipe with dark stain and no noticeable voids in the wood that sells for less than $150 is almost certain to have a fill. Is this a "con"? I don’t believe so, because my experience tells me not to expect perfection at that price. 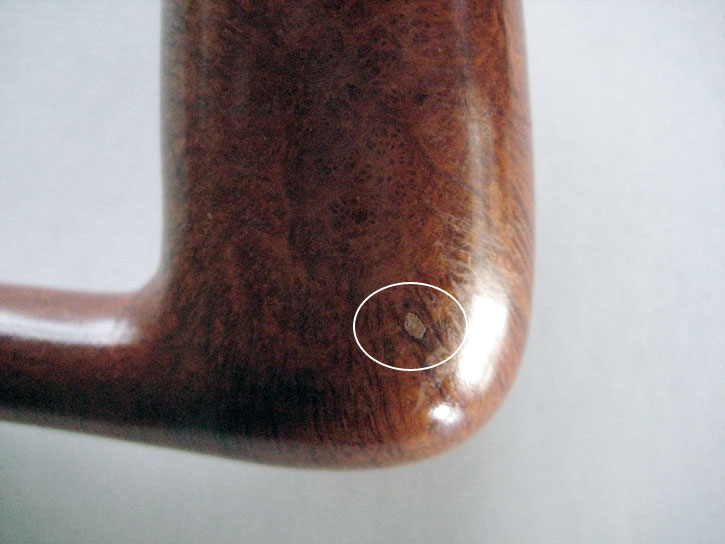 What about sandblasting and rustication? Are these always used to disguise flaws? Certainly not. Many excellent pipemakers are renowned for their sandblasts and specially select blocks because they can see incredible ring grain which will blast incredibly well. Anyone who has seen one of Jim (J.T.) Cooke’s blasts that are so deep and sharp that you could shave with it would never assume that he originally wanted to make a smooth pipe. What about those magnificent, deep, craggy coral-type rustications, so well done by some of the great Italian companies? Are they always from flawed wood? Maybe the briar is spotless, but the grain is weak? Is that a "flaw"? As you can see, we’re creating more questions than answers.

For that matter, how are fills accomplished? Most commonly, in factory-made pipes, they normally use a putty along the lines of Plastic Wood and then stain the pipe in a dark shade, or possibly paint it. Most of these pipes have a retail price under $100 and allow a pipe smoker on a budget to own an otherwise decent pipe at a very fair price. I can’t see a reasonable person finding flaw (pun intended) with this. The issue begins with the other method of filling a pit. In this case, some very fine sawdust, generally produced during the sanding process, is mixed with a thin adhesive like Cyanoacrylate (so called, "super glue") and then packed into the flaw and sanded. This can be a problem if the intention is to sell the pipe at a super-premium price, but as long as the pipe is brought down to a more fair market-value, I can’t see a difficulty. This would allow someone to have a piece that’s nearly perfect for a better price. Of course, if the buyer wants to pass it off as a flawless pipe, that’s another situation entirely.

Really, what’s wrong with disguising a blemish with putty or texture? Every block of wood costs the maker money, and some, like those with a flaw in the chamber, or horrifically large voids, are going to be thrown away, so why not try to save them? Again, it comes down to whether the idea is to reclaim the investment in labor and materials, or to try to make a big chunk of change by passing off an inferior piece of wood as a masterpiece. Knowing the people in this industry as I do, I would say that the people in the latter group are in a miniscule minority. For that matter, if someone were to try to deceive, it wouldn’t take long for someone to discover it and even less time for the word to get out.

MORE READING  Why Buy More than One Pipe? 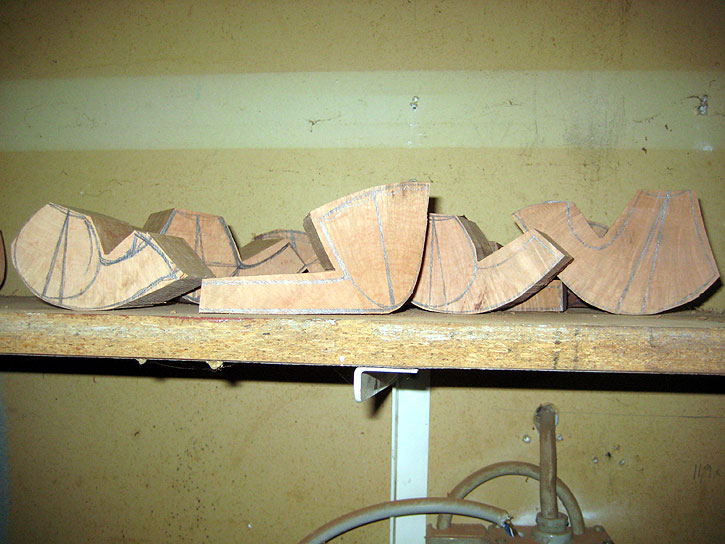 A couple of years back, this subject became the focus of a number of articles and comments in the North American Pipe Collectors Society’s The Pipe Collector. Some of the people who weighed in on the subject are very well-respected members of the pipe smoking/collecting community, and even they couldn’t agree. That’s why I’m not trying to draw any definitive conclusions here.

Certainly, in the case of the low-priced, mass-market pipes, the company will make an attempt to save all but the most severely flawed pieces. That’s why so many of them are rusticated, blasted or dark stained/painted. Personally, I don’t mind the matte-finished carved and sandblasted pipes all that much. The heavily lacquered models can trap the heat, so I find them a bit problematic, but your mileage may vary.

At the opposite end of the spectrum are the particularly persnickety makers who won’t tolerate anything that doesn’t live up to standards. When I visited with Rolando Negoita in his workshop, one of the folks who made the trip with me asked him how he dealt with flaws. He reached under one of his benches and pulled out three crates that were relatively full of unfinished stummels. All of them had a flaw of one sort or another. Rolando explained that he wouldn’t sell them, or even complete the pipe and give it as a gift because he didn’t want his name associated with it. Let’s face it, if Rolando gave you a pipe as a gift, you’d mention his name, so he has a point. By the way, he keeps the discards so he can use the shapes as a template if he ever comes across a similarly shaped block with the same kind of grain. And I’m sure that a number of the well-known artisans today hold a similar philosophy. So if you ever wonder why some of the artisanal pipes today sell for so much, figure that every block of briar they use costs at least $80, and that a good number of those blocks never see the light of day, the numbers have to balance out.

As I wrote earlier, nothing here solves or settles anything, but if it gives you something to consider, I feel that it was worth writing.