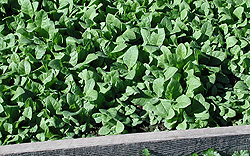 I love Perique. There, I’ve said it, and I’m not ashamed. I know that, as men, we’re not expected to wear our hearts on our sleeves, but this has been a love affair that has lasted over 30 years, and I think that it’s time to go public.
Actually, if you’ve ever looked at my Hearth & Home line of pipe tobaccos, the entire previous paragraph was unnecessary. Of the 34 different blends in our product line, 14 of them contain Perique. I’ll explain why in a moment, but first, a little background. Perique is a remarkable commodity, and is an amazingly versatile tobacco. The saga begins in St. James Parish, Louisiana. Perique plants are started from seed, and are grown within a triangular area of the parish (the Louisiana equivalent of a county) that is perfectly suited to the purpose.

Perique is considered to be similar to, or an offshoot of, Burley. To make the tobacco into the finished product, the leaves are packed into 500 lb. barrels, or hogsheads, and put under enough pressure to squeeze some of the juices out of the leaf, which then ferments. The barrel is opened and the tobacco is turned and the process is repeated. After a year, the leaf is a dark chocolate brown, with a sweet and spicy aroma that carries a hint of alcohol (it is fermented, after all). Then it is sent to customers for final processing and cutting.


In fact, there are two different types of Perique.
St. James Perique is made by using the method above, with the strain of tobacco which is also known as Perique. The other type, called Acadian Perique, is made by processing Green River Burley in the same manner as the St. James version. The two types are almost always blended together for use in various tobacco mixtures. But to be able to use the name “Perique”, it has to contain some St. James. Over the years, people using a variety of tobaccos, grown in a number of different regions, using a similar processing method, but not in Louisiana, have pawned their tobacco off as Perique. This “faux Perique” ranges from almost passable to God-awful. A few years ago, a vendor sent me some tobacco labeled “Perique” that was medium-brown and fairly dry. Rather than the sweet and spicy aroma I was used to, this had the aroma of cocoa, and tasted nothing like Perique. Fortunately, no legitimate companies are using tobacco of this sort.
Perique has an interesting history. When French-speaking settlers from Canada moved into the area, they found that some of the indigenous Native Americans had a special way of preparing a type of tobacco. They would tightly pack leaves into a hollow log and put a heavy rock on it, which is not all that dissimilar a procedure to the way it is done today. Seizing upon this method, the settlers began making their own Perique, and generations of families have kept it going. There’s a bit of mystery surrounding how the tobacco first came to be, and, for that matter, the derivation of the name (some of the conjecture about the name is rather spicy, itself).

The main reason I love Perique is because of its versatility. When used with deeply flavored, heavy tobaccos like matured Virginias and/or dark Burleys, it mainly adds a mellow sweetness that tends to reduce the sharpness of those tobaccos. When used in a mellower blend, it can add a bit of tang and spice. And if you’ve got a blend that lacks richness and depth, a bit of Perique can resolve that problem.
Perique, being a condimental tobacco, is usually used sparingly. The largest percentage I use is 15% in Anniversary Kake. What makes that interesting is that, due to the rich sweetness of the Virginias in that blend, most people consider it light in the Perique department. That’s why I consider Perique to be the chameleon of tobaccos. It works amazingly well with Virginias and Virginia/Burley blends. Add it to Latakia-based mixtures, and it takes the sharp edge off, and adds sweetness and body. It also plays well with flavorings, especially fruit toppings. To illustrate the changeable nature of Perique, I use it in a blend we call Capitol Stairs, which is a Virginia and Burley mixture that is topped with a tonquin-type flavoring. The combination yields a mild cinnamon-like flavor, which really surprised me when I first came up with it.
In the Hearth & Home line, we use Perique in combination with Virginias, Burleys, black Cavendish, Latakia, Orientals and even cigar leaf. It’s part of many of the most well-known and loved tobaccos ever, such as Escudo, Cornell & Diehl’s Bayou Morning,G.L. Pease’s Fillmore, Mac Baren’s Roll Cake, Dunhill’s Nightcap, McClelland’s St. James Woods, amongst many others.

Perique has a fairly decent amount of nicotine, so caution should be used when adding it to an existing blend. I normally will start with about 3% and work upward until I’m happy with the balance. In my newest blend, Steamroller, I use about 7%, but that’s because there’s a fair amount of dark Burleys, and if the Perique content were much higher, there’d be a number of light-headed pipe smokers around.
At one point in the recent past, the future of Perique seemed rather dim. Percy Martin has been producing the tobacco for years, but the lion’s share of his output goes to Santa Fe Natural Tobacco for use in American Spirit cigarettes and rolling tobacco.

Fortunately, a few years back, Mark Ryan took the reins of one of the other producers, L.A. Poché, and he has been working with a number of farmers to increase production. In the upcoming year, the amount of land devoted to grow Perique may be six times greater than in 2010.
If you haven’t tried a blend with Perique in it because the spiciness might turn you off, I’d suggest giving it a try as that characteristic only displays itself in combination with lighter tasting leaf. When combined with richer tobaccos, the body and sweetness become more apparent.
Next time around, I’ll try to put together something similar about Latakia. Until then, keep the home fires burning.

Related Article: The Mystique of Perique

The Mystique of Perique