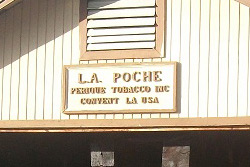 There were fifty of us on the bus, heading west out of New Orleans early on a Friday morning. A cross section of backgrounds, men and women, old and not so old, we were making a pilgrimage of sorts to the Mecca of our most revered subject of adulation: Convent, Louisiana, to the L.A. Poche factory, the de facto home of Perique tobacco. As the bus traced the course of the Mississippi for an hour outside of town, I gave in to my particular brand of narcolepsy and promptly fell asleep, though not for lack of anticipation. I’d been dreaming about this trip since I first read the article in PipesMagazine.com, The Mystique of Perique. This one-time tour was arranged by Toby Ducote and the New Orleans Pipe Club with Mark Ryan to help kick off the inaugural NOLA Pipe Show, and believe me, it was one hell of a kickstarter. Normally civilians like us never get this peek inside the chocolate factory, as it were; it’s reserved for the occasional industry visit or the like. 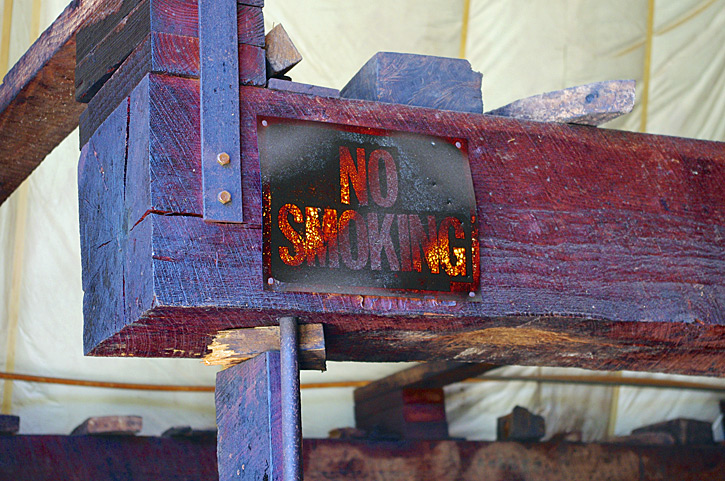 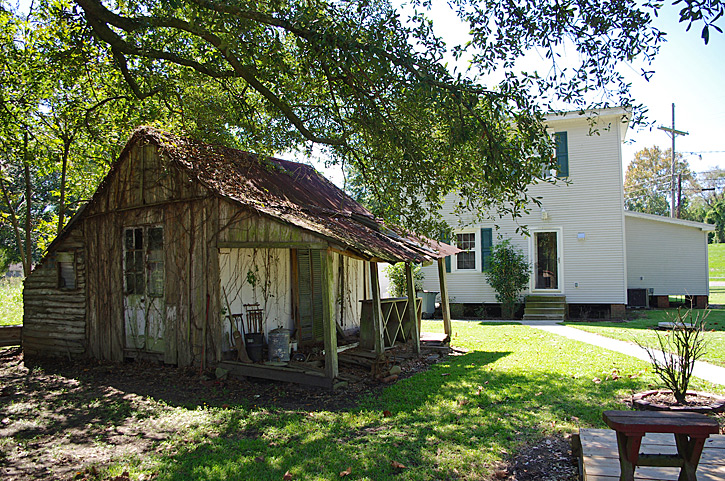 I (and many others) tend to think of him as the Pope and Saviour of Perique, but Mark would assuredly disagree. In all honesty, he’s one of the most humble characters I’ve met in my travels; if anything, he considers himself lucky to be the steward of the history, tradition, and continuing legacy of this magical leaf that gets such veneration heaped upon it. It’s really no surprise he ended up here, if you know the history of the man and the tobacco. And it’s no stretch to say he’s here not just for Perique, but to preserve the history, tradition and culture of this little corner of the universe. 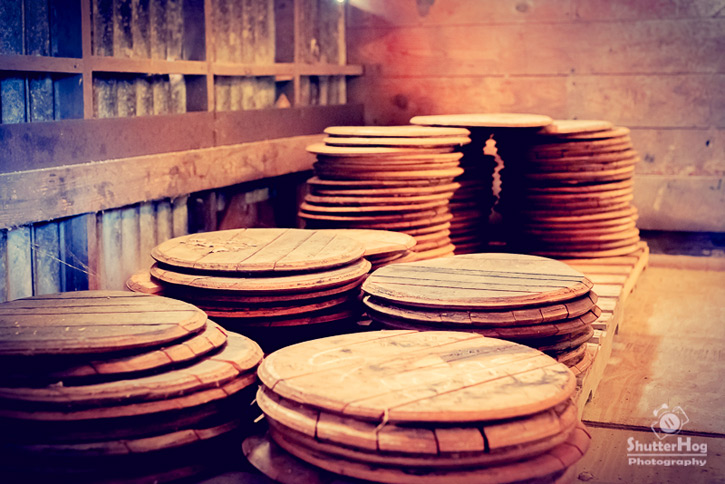 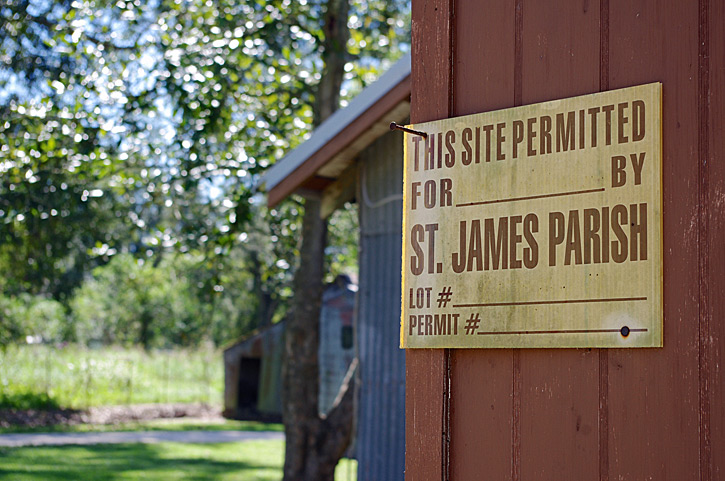 Mark’s main enterprise is the Daughters & Ryan Tobacco Company. It all started when he moved to North Carolina intending to pursue another of his passions, taking over a winery. The winery didn’t pan out; but, as they say, when one door closes another opens, and the door that opened just outside of Raleigh was tobacco. Pipe enthusiasts need no convincing that tobacco as an epicurean pursuit is at least on par with wine, and although by his own admission not a heavy smoker, Mark’s background in finance allowed him to see the potential and he decided to take the plunge. Primarily a roll-your-own enterprise in the beginning, the past twenty-some years have added shisha, electronic tobacco products, premium and machine-rolled cigars, and increasing varieties of premium pipe tobacco to the portfolio. Playing a part in all of this is the black leaf from the bayou, Perique. 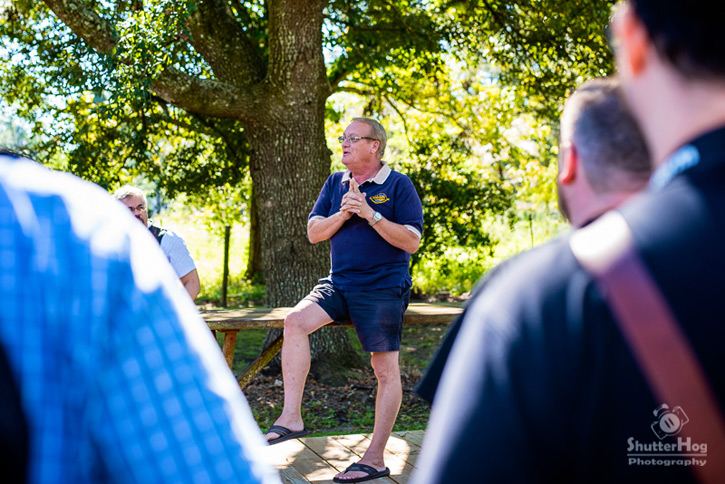 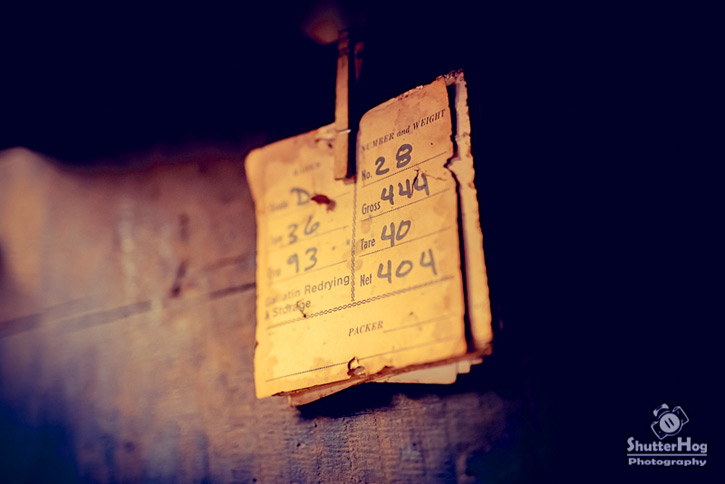 In the backyard of the original farmhouse, Mark’s natural showmanship shines through. It’s morning and we’re all getting our land legs back after the bus ride, and Mark’s giving us a brief history of the factory, of Perique, and introducing the characters that play a part in the story: Pierre Chenet, Roussel, Percy Martin, Santa Fe, and the Parish Council. His presentation hovers between a history lesson, a long joke, local gossip, and a secret divulged in confidence—and he has us hook, line and sinker. Spending five minutes with him telling his story is more informative than the last several years gathering the tidbits of lore available on the interwebs about Perique. 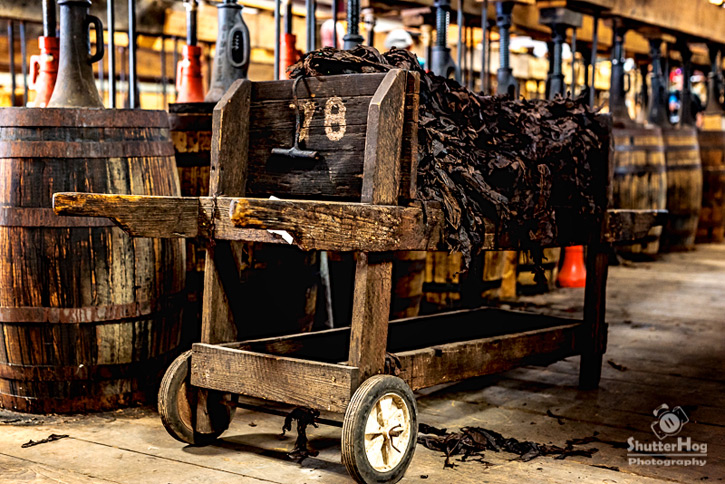 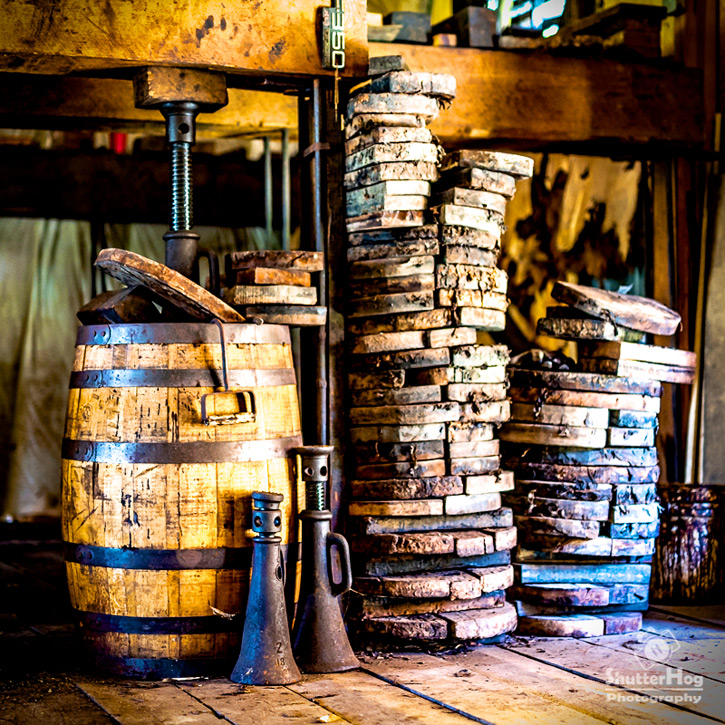 There is something innately attractive about tobacco in process: hogsheads oozing tar between the boards, the horsecarts piled with russet bundles of leaf, burros of it stacked waist-high on the stripping room floor, the air laced with the filigree of Perique, so pungent that it stains the wooden beams a deep treacly brown. Like staring into a campfire, it connects deeply to the animal brain. It is of the human condition, food and sustenance, the cycle of life and death and decay and rebirth, and the beauty of being part and privy to that travelogue. 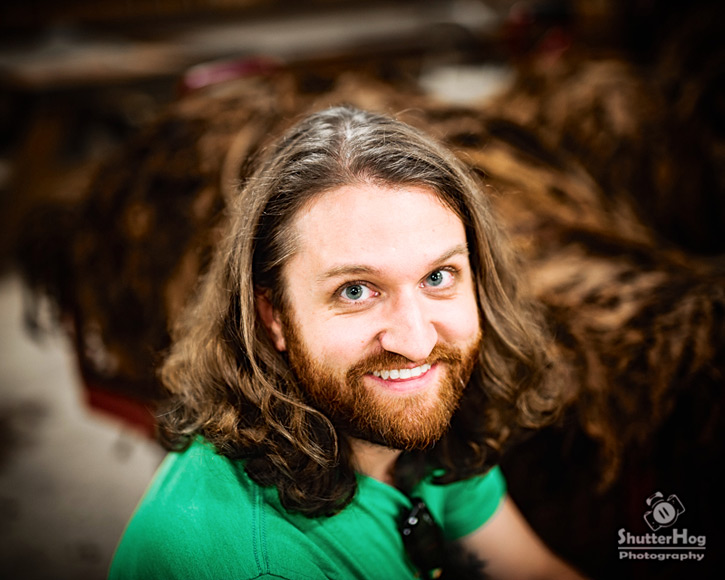 Before you think that I’m simply waxing poetic about the experience, look at the faces captured in the pictures. He takes a handful of leaf from a cart and inhales of it deeply, tells us there’s no other place on earth that could make this plant, this place with its magnolia soil and primordial climate, then passes it around for the crowd to do the same. Beatific grins all around—it’s a magical moment, like stumbling upon a unicorn and being asked to go for a ride. Mark’s passion for Perique isn’t hyperbole or showmanship now; it’s genuine to the point of being downright inspirational. He tells us about coming down to Convent for the first time with his business partner and falling in love with the place; to borrow a phrase, he liked it so much he bought the company (and eighteen acres of farm to the levee).

MORE READING  Pipes Magazine Exclusive: Erik Stokkebye is Back in the Tobacco Business 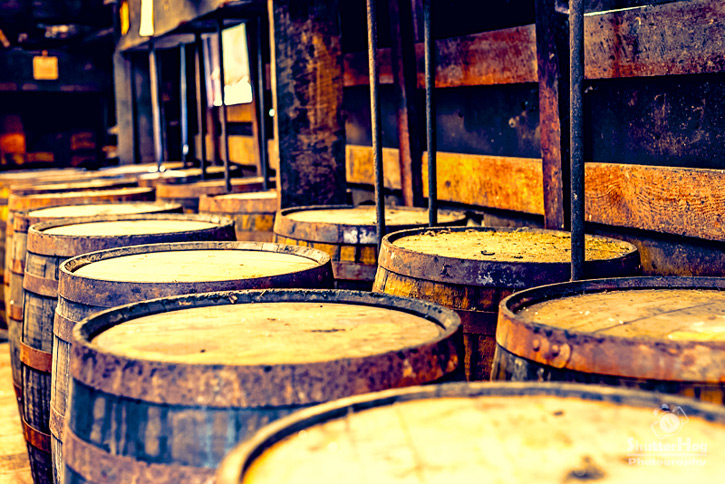 He’s instituted proper wages and facilities for the workers, and instituted best practices from farm to factory, which he’s rightly proud of and which had been missing from the equation for many years—part of the reason Perique was nearly dead at the turn of the century. For the most part the process continues the way it always has done, refined with some modern techniques: hand picking the plants, slow air curing, and then the long and multi-staged fermentation process in which the leafs are pressed in whiskey barrels under pressure, removed and rotated, and repeated, for a year to eighteen months, minimum. Aside from the modernized processing facilities, one of the few things he has changed is teaching his farmers to start seedbeds hydroponically to increase sowable yield. Mark told everyone working for him that he’s not here to reinvent the wheel; just perhaps give it a little re-tread. While he’s increased production every year since he began, tobacco’s still a fickle crop, and the south Louisiana climate capricious by nature—some years they lose entire crops, and most years they lose some. 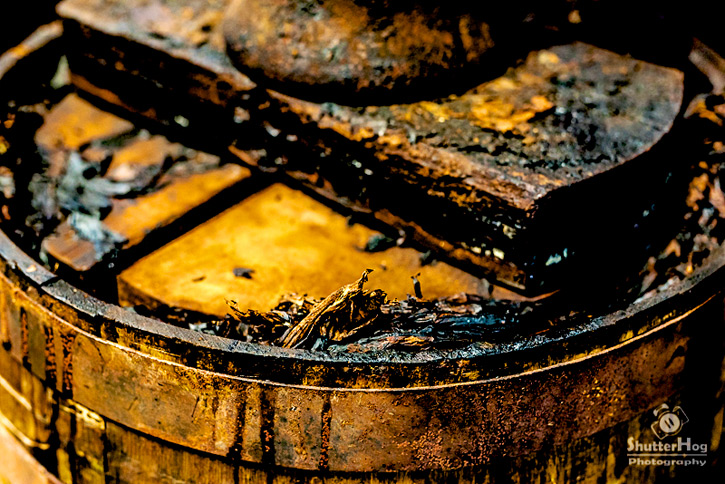 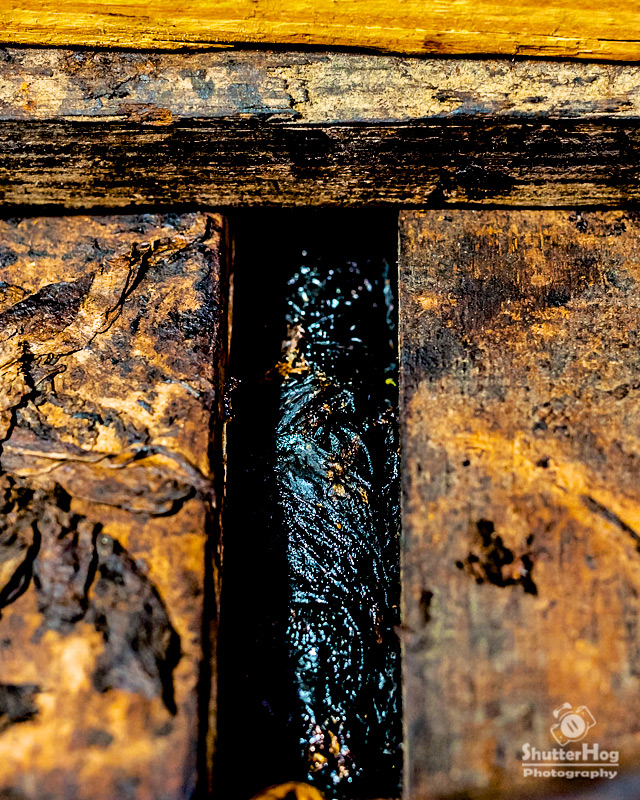 I thought I knew a thing or two about Perique before I came here. What I knew, or what I thought I knew, could fit in a thimble compared to what I learned here. When Mark talks about all the misinformation that’s out there, you can see the physical reaction, read it in his face and hear it in his voice, that he takes personal offense. But he’s not the kind of man to simply stand on a soapbox and proselytize. He sets the record straight with his product, his craft, and we have ample evidence of it on the market now and forthcoming. It’s in every one of Daughters & Ryan’s 29 blends. He did some experimenting with Mike McNeil and Steve Coley to produce "Cajun Black" for McClelland, dark-fired Kentucky leaf treated to the Perique process. He’s partnered variously with Drew Estates and Tabacalera to produce cigars with Perique—which smokes so differently in this presentation, it’s astounding. Recently he worked with Sab Tsuge for his God Series release. He has an upcoming release with Russ Ouellette featuring four variations on the Perique theme aimed at the burgeoning connoisseur. Russ was on the tour with us, and if ever there was a kid let loose in a candy store, it was him. Mark was even kind enough to provide everyone with a post-prandial smoke on the tour: packets of blending ingredients, Perique included of course, to make our own mixtures and enjoy in a cob commemorating the occasion, courtesy of Phil and Pat Morgan. 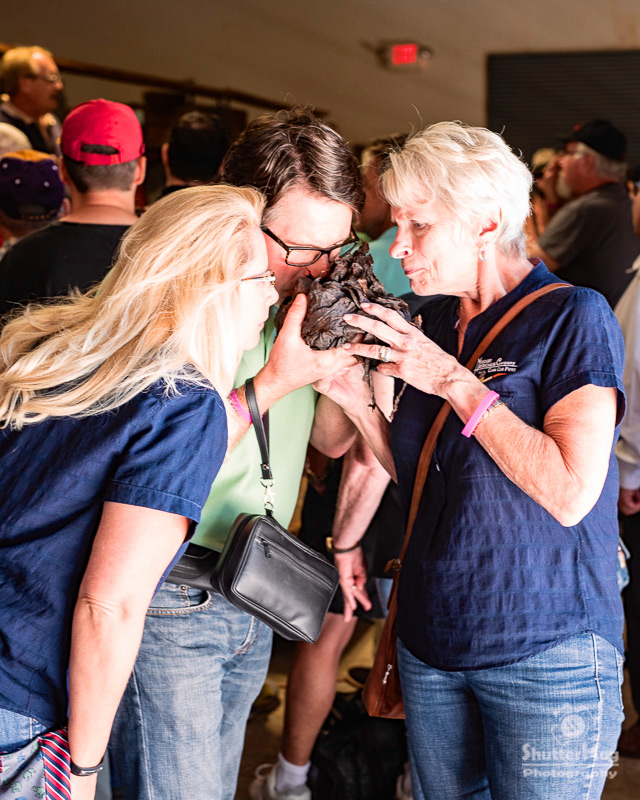 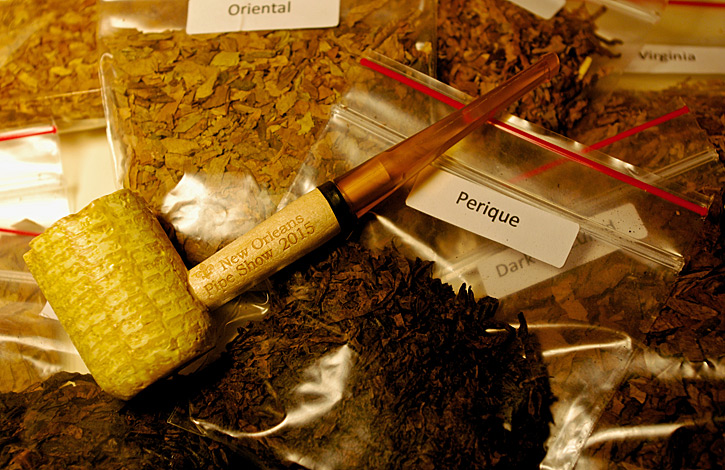 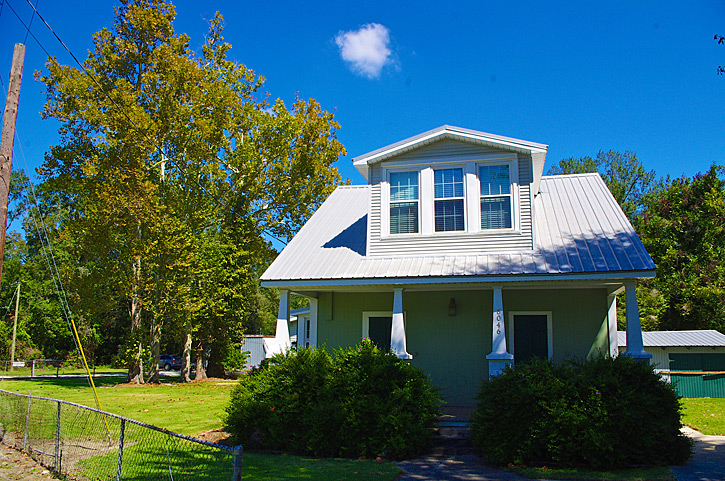 The generations of the farm are on display, living woodblock illustrations from the century before last. Even with the expanded facilities, he keeps the ancient, ramshackle original buildings on the property like a collection of historical artifacts, curated and left lying in state. He has lovingly restored the double-A-frame farmhouse, while behind it, the original barn is held together seemingly by the strength of his conviction. If his enthusiasm is any indication, that barn will be standing for quite some time yet to come. As our afternoon draws to a close, I take a final walk around the buildings to snap a few pictures. Are there footsteps behind me, or is it just the rustling of leaves? Ghosts doubtless walk the property, and one gets the feeling they’re pleased to be strolling though this dream that’s been kept alive. 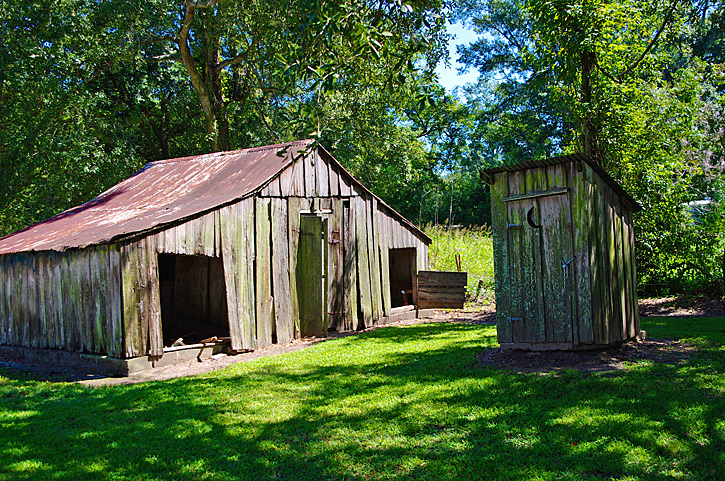 Tell ’em that the house is not for sale… –Ryan Adams 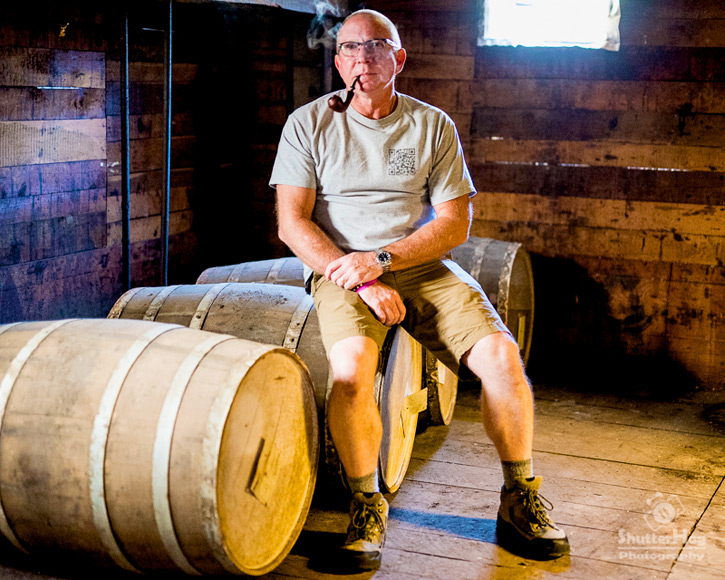 Special thanks to Wes Brown for his compelling images. http://www.shutterhogphotography.com

To hear more of the story in Mark’s own words: