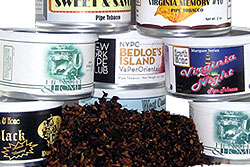 You’d think that, by now, I would know better than to urinate into the wind, but, what the hell. I’m bringing up a subject that is a constant source of consternation for us- packaging. Let me begin by saying that the problem is partially one of my own making by wanting to please more people rather than standing firm on a decision. When we started making the Hearth & Home tobaccos, they were all in a bulk format. After a while, I received comments and requests to tin our blends, as some folks don’t want to buy loose tobacco and jar it. I understood, but I had some angst in making the choice (with Scott’s okay, of course) because there would be the inevitable comparisons- were the two versions the same (in our case, yes); and why the big price difference? The added labor, container, labeling and shipping costs mean that tinned tobacco has to be, of necessity, more expensive. But as far as the components go, there’s no difference in quality. Yet some people will insist that there are noticeable contrasts. This is unavoidable as bulk is exposed to open air more, and tins have additional fermentation occurring. But in an effort to reach the broadest audience, we went both ways.

Later on, when I was able to develop some new blends that had higher component costs due to the quality and rarity, I wanted to only offer them in tins, as I felt that the integrity of the blends depended upon it. I also dared to try a new concept- pressing by using vacuum-sealing. What happened next was something I should have been prepared for; people asked for the tinned blends to be available in bulk because the tins were too expensive. I also had people ask for smaller packages of the vacuumed tobaccos. Now I had a couple of real dilemmas- do I make these "special" blends less so by selling them loose, and do I increase labor costs by making smaller vacuum-pressed packs? Since our creed is to make customers happy, we gave in for the most part.

MORE READING  How to Adjust a Blend

Why is this such an issue? Because there are lots of different attitudes. Some people are extremely particular about the flavor and aroma of their tobaccos and they feel that there’s more consistency and flavor development in tinned tobaccos. I can’t, and won’t, argue this point. It’s a fact. When tobaccos are sold in bulk, the very moment that the bag is opened to weigh out the first sale, the volatile organic compounds (VOCs) begin to dissipate. This doesn’t happen with tins until the end consumer cracks it open. Also, in the closed environment, the anaerobic fermentation helps to bring out elements that don’t develop in bulk. But is there enough difference to justify the price gradient? Well, that’s up to the consumer to decide. Sure, it’s a pain to make the same blends both ways, but we reach more people, so we decided to do it. I am not, by any means, making a judgment about other companies who choose a different path- it’s all based on the philosophy of the company, and the economics. Part of the reason we can get away with our choice is because we’re small enough to work with lesser quantities. When making hundreds of pounds at a time, a dissimilar mindset has to be used. At the same time, when working with larger batches, the price can come down, and we’re not geared up for that. 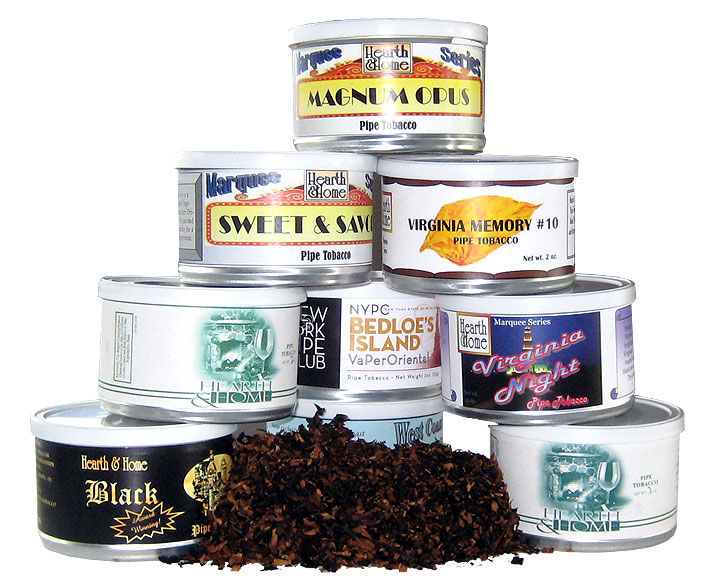 From a personal viewpoint, when I’ve come up with something that I feel really strongly about and the product suffers a bit, in my opinion, by being served up in bulk, it’s disappointing. But I can’t argue affordability. Hence the reason for writing this.

If someone has tried one of our original blends in bulk, but felt that the flavor was lacking, I would encourage him/her to try a tin. The additional marrying time and the fermentation may make the blend "pop". If a person has smoked one of our Marquee Series tobaccos and enjoyed it, but find it too pricey, give the bulk version a whirl. There will be a difference, no doubt, but maybe not enough to be off-putting.

Here’s one major difference from our perspective- since most of what we sell, we sell through our own site, we’re not asking other companies to carry so many different forms and sizes. If the larger makers were to do this, a lot of retailers would have to throw their hands in the air and yell, "Enough!" Just think about a supermarket chain facing the fact that there are now 10 kinds of Special K cereal. A store only has so much shelf space, and the original version has sold well, but what do you eliminate to take on more flavors. So the larger manufacturers of pipe tobacco have to think about the possibility of overloading their retail partners.

As with so many issues in this business, there aren’t any pat answers, and every maker has to evaluate their circumstances. Where will we go in the future? My crystal ball is particularly cloudy, so I don’t have a clue, but we’ll take everything on a case-by-case basis. But part of what makes this a magical industry is that we’re now small enough to pay close attention to what our retail partners and our end-users want. The beauty of this is that you’re the winners.

Despite all the doom and gloom, I still feel positive about the future of pipe smoking. Of course, things can change, but I think we’ve finally reached the point where the politicians and policy makers are beginning to hear the gigantic *yawn* when they bring up another attack against our intrepid little band. In the meantime, we and our friendly competitors are going to find ways to give you what you want, and isn’t that really what it’s all about? Now, what are your thoughts?