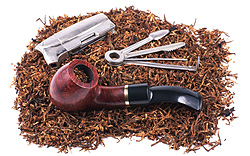 A while ago, I wrote a column about myths, urban legends and misconceptions tied to pipe smoking. [Common Misconceptions About Pipe Tobacco, June 20, 2010]

I mentioned at the end of the column that I would be glad to address other such items if folks wanted to email me with their thoughts. The stream of emails surprised me, as I believed that most of the other myths had been discredited long ago. I also have received some requests about supposed misconceptions that are actually true (i.e.- Someone who has been repeatedly told over the years that “Burleys are the easiest on your tongue” thought that I should warn people that Burleys are the cause of tongue bite. They may or may not be the cause, but other strains can cause bite as well.). So, let me address these new ones that have been sent my way:

Tongue Bite is the same as Tongue Burn– Most people who complain of tongue bite aren’t experiencing bite at all; they’ve simply burnt their tongues. Tongue bite is a chemical reaction, usually caused by alkalinity. The sensation is similar to a cramp and is different than “leather tongue” (a sore, heat damaged tongue). The common causes of leather tongue can include improper packing, smoking too fast and tobacco that is either too dry or too moist, among others. True tongue bite doesn’t leave the tongue raw and bumpy as is common following heat damage. Since Burley can produce alkaline smoke, it is commonly targeted as the culprit regarding bite, but other tobaccos can have a higher pH as well. 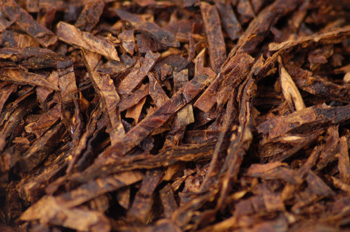 If tobacco is overly moist, PG is the cause– I often get complaints from people regarding excessively high moisture in tobaccos, especially with aromatics. With my own blends, I get the opposite complaint (being too dry) because I add no additional water or humectants, but when a blend is damp, pipe smokers love to point fingers at propylene glycol. I’m not a fan of PG, but it has its place, especially with mass-market tobaccos that may sit on a retailer’s shelf for a year or more. Additionally, there are times when PG isn’t the reason for goopy tobacco. Flavorings, water and other humectants (like sorbitol) are added to some tobaccos, and can, in turn, make the tobaccos too wet.
Virginia blends smoke hot– This statement is very much like “pianos are black”. Just because one Virginia blend is a hot smoker, doesn’t mean that all of them are. Yes, the higher sugar and lower oil contents of Virginias can contribute to a hotter experience, but with careful processing and the right kind of cut, Virginias won’t burn much hotter than, let’s say, Burley. One of the other reasons for the higher heat in Virginias is due to the thinner, more easily combustible leaves. This is one of the reasons that Virginia flakes are common; the pressed flakes will burn much slower and cooler when not rubbed out completely.
Perique Myth– #1– “There’s only one farmer growing/making Perique.”
Actually, there are at least seven farmers currently growing Perique for L.A. Poché, beside whatever Percy Martin produces, and more farmers will be joining the fold; the future for the Cajun leaf looks promising.
[Editor’s note: Direct information provided from L.A. Poché Perique owner, Mark Ryan, is that in 2011 there will be 10 – 12 farmers growing Perique (including Percy Martin and his two sons) and that is expected to double next year. In acreage, last year there were approximately 15 acres of Perique grown. The estimate for 2011 is 70 acres. L.A. Poché Perique is also instituting the use of greenhouses  this year as well. PipesMagazine.com will be on location for the unveiling of the new greenhouses this spring.]
Perique Myth #2– “Most of the Perique on the market is fake.” The truth is that all of the Perique sold commercially for more than 30 years is a blend of true St. James Perique and Perique-method processed Burley. In fact, by law, if the tobacco doesn’t contain real St. James Perique, it can’t be called Perique. So, if you have been smoking domestic or imported blends containing Perique since before 1980, you have been smoking the so-called “fake” Perique.
[Editor’s note: Mark Ryan believes the start of the blending goes back even further to the 1950’s for some producers and later the rest followed.] 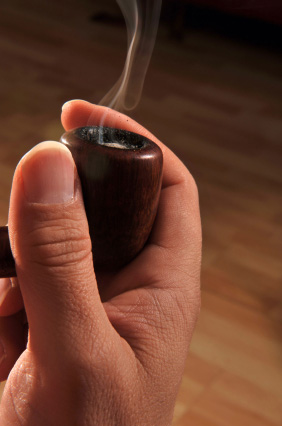 The more expensive the pipe, the better the smoke– Probably the majority of pipe smokers who have been into the hobby for more than five years can attest to the inaccuracy of this statement. There are, however, elements of truth that probably contributed to the maxim. Firstly, the more expensive pipes are usually going to come from the most skilled craftsmen, who are in high demand, and as such, their engineering tends to be of the highest level, which tends to yield a pipe with better smoking qualities. Secondly, pipes made of briar with tight grain will normally sell at a higher price due to the rarity and beauty of an exceptional piece of wood, but tightly grained briar is often harder and transfers heat very well, resulting in a better smoke. Lastly, carvers who buy higher grade plateaux briar spend more on every block, which, in turn, drives up the cost of each pipe. Additionally, pipemakers who use premium briar are less likely to allow a pipe with a noticeable flaw or fill to be sold with their name stamped on it. The high rate of rejection pushes the price up even further, and so the work of some of the best makers will be quite pricey due to the refusal of these artisans to allow themselves to be associated with anything below their standards. Most of the time, any carver who is that particular about his or her work, will feel similarly about the engineering and smokeability of the pipe as well.
All that having been said, I own a 30+ year old, no-name Italian meerschaum-lined Canadian that I paid less than $30 for, and in all those years, I have never had a bad smoke from that pipe. Hell, it has a remarkably thin vulcanite stem, and after all these years, I still haven’t bitten through it. I know many people who swear by their Dr. Grabows, Medicos and off-brands, and I’ve owned some pipes that were rather expensive that smoked horribly.
So, I guess that the most accurate statement on this subject would be, the more expensive the pipe, the more likely that the pipe will smoke well.
I enjoy the opportunity to counter some of this misinformation, and I’m sure that there’s a lot more out there, so if you know of a myth you’d like me to check into, just use the contact information at the end of this column, and I’ll gladly try to put together part three.

MORE READING  The Other Side of the Table
Post Views: 671
PipesMagazine Approved Sponsors