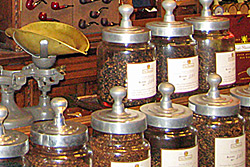 The smoke from my pipe was drifting over to the next table where a couple sat, smoking cigarettes and chatting over drinks in the backyard garden of a local watering hole in Brooklyn. We were there to enjoy the first glimpses of spring and sunlight, I with my notebook and pipes in hand to fill out my tasting notes, he and his girlfriend with their beer. "That almost smells like a cigar, only spicier," he continued, and explained that he smoked cigars but had never tried a pipe, though they intrigued him. I explained to him that it was a Virginia / Perique mixture that was custom blended by my friend at Nat Sherman; at that point the well-dressed couple was more than politely intrigued as we went on to chat about all things tobacco for the next several rounds. I had fortuitously brought along an unsmoked Missouri Meerschaum, and was able to gift them their first pipe experience—she enjoyed the occasional cigar with him, she said, and was as eager to try it as he was—which made for one of those chance meetings that new friendships are made of, and possibly new pipe smokers. 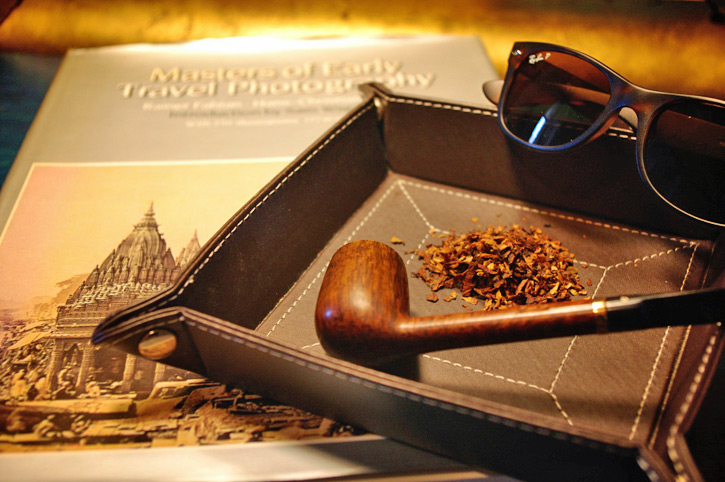 "To travel is to own the World." – Burton Holmes

The blend in question is called Wayfarer, a creation of Christopher McGrath at Nat Sherman. Chris joined Nat’s about two years ago, making the move down to the Big Apple from Upstate with his wife. With an enthusiasm easily described as unbridled, he has already taken great strides in lifting the pipe and tobacco presence at their flagship Fifth Avenue location. One of his aims is to foster a return to the golden age of tobacconists by expanding the Nat Sherman branded labels, presenting custom and limited edition mixes, and offering bespoke blends. Naturally, Chris set himself to the task of mixing up some tobacco; Dragoon was the first of these experiments, a stunner of a Latakia mix, which was recently followed by Wayfarer. While they are not regular production run tobaccos, one can order them directly by calling up Chris at the store. His batches are truly hand-blended on a made-to-order basis, and have already garnered an ardent local following. 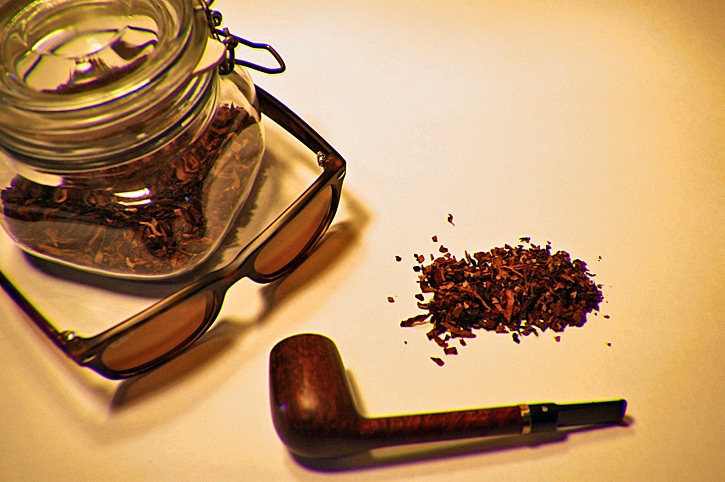 "Genuine travel has no destination. Travelers do not go somewhere, but constantly discover they are somewhere else." – James Carse

So what does this Wayfarer taste like already? As you may have guessed from the gentleman who thought it smelled rather like a cigar, this is a powerfully pungent blend. "Piquant" just doesn’t do it justice. "Hearty" likewise falls far short of the mark. Comprised of a whopping 30% Perique (!) complemented by red, bright, and stoved Virginias, this is a gentle giant of a tobacco—strong enough to kick you to the curb and take your wallet, but much too refined for that. As a confirmed fan of Perique, I was in love at first taste, of course. Perhaps counterintuitively, the über-rich leaf does not destroy the blend in this immoderate amount. Its peppery aspect is there in all its glory, of course, with the fruity notes largely subsumed to a background color in the richness. And oh, what richness! This is hardly an apéritif smoke; it’s a meal unto itself—just don’t smoke it on an empty stomach. 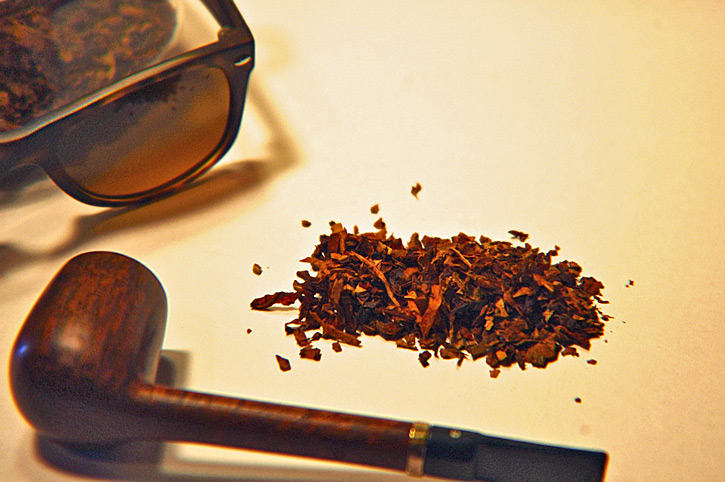 "All journeys have secret destinations of which the traveler is unaware." – Martin Buber

The Virginias here are to be congratulated for standing up against this proportion of Perique and being able to balance it while presenting their own flavors with clarity. They manage to frame the composition just so: with a brightness on the light that is classic lemon VA, followed by a sweetness characteristic of the red and stoved that directs the melody toward the succulence to be found in this much of the condiment leaf. Always plying their flavors on the edges of the smoke, keeping it from becoming too dark and bass-heavy, they succeed in showcasing the depth and complexity available in the Perique. Hints of liquorice play through sweetly, then swing to a salty tang that tickles the edges of the tongue, then back to a thick, truffle-like earthy body. In the retrohale is where the peppery burn is boldest, at times enough to make the eyes water.

"My inspiration for the name comes from the idea that a VA/Per should be smoked slowly and with care, in order to taste the nuanced, changing flavors. Much like a wayfarer travels from place to place, this blend changes as you smoke it." Chris couldn’t be more spot-on with his characterization of the blend. It sets its own cadence, encouraging an ever-so-slow smoke that lazily swings between spicy and savory. Fans of VaPers will be enthralled, and perhaps a bit surprised, at how heady and singular an experience this one is. If your interest is piqued, and I know it is, give Chris a call at (212) 764-5000, shoot him an email at CMcGrath@NatSherman.com, or stop by Nat Sherman at 12 East 42nd Street to order up a few ounces of Wayfarer, and let us know in the comments section where this blend takes you. 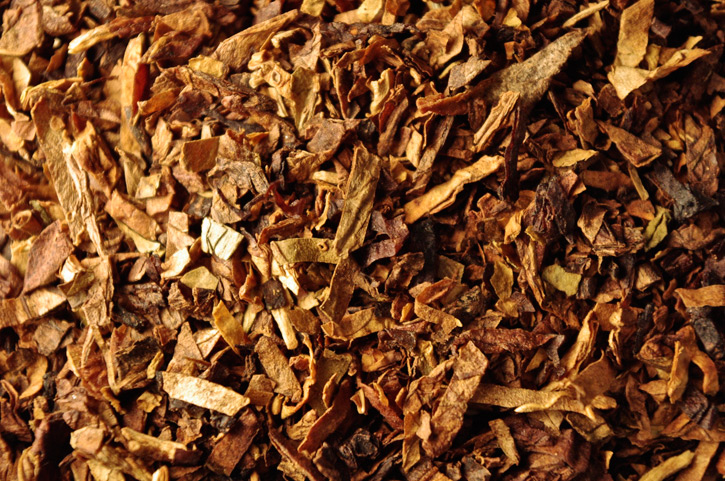 "One’s destination is never a place, but a new way of seeing things." – Henry Miller

After a tobacco like that, what can I review next? That’s a good question—why don’t you tell me? Is there a tobacco out there you’ve been curious to try, but you haven’t seen an in-depth review of? Or perhaps you’d like to compare how your tasting notes of one of your old favorites measure up to scrutiny? PipesMagazine.com invites readers to submit their requests for a tobacco to be reviewed in an upcoming column by yours truly. Blends must be widely available current-production blends—I’ll need to get a tin to smoke, after all. State your requests in the comments section below, and stay tuned to see if your pick is chosen to be reviewed next month! 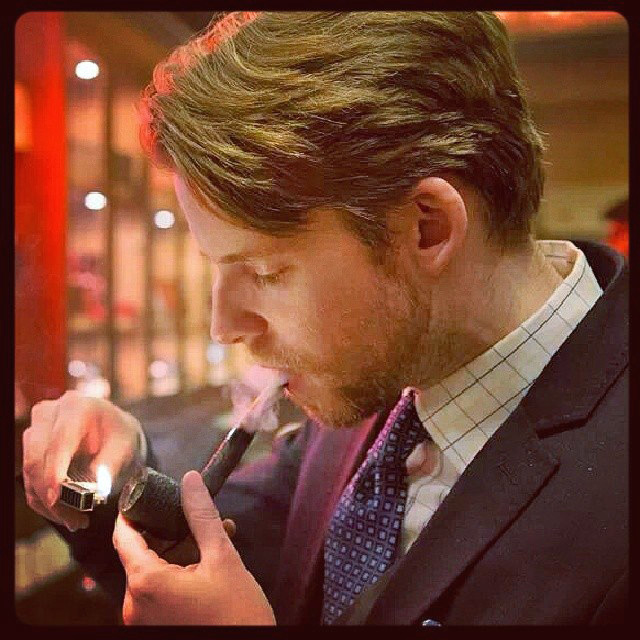