Gift of the Season 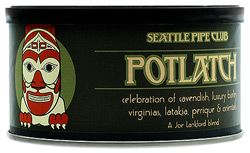 The Seattle Pipe Club’s latest gift to the community is live on the store shelves now: Potlatch, the second of the wave of new blends from the club, is available for your smoking pleasure at most retailers nationwide. Debuting at the Chicago show—the highlight of the piping year—and containing nearly every type of tobacco known to man, it makes a fitting centerpiece for this latest run of tobaccos blended by Joe Lankford.

The term "potlatch" describes a feast and gift-giving celebration peculiar to the indigenous Pacific Northwest Coast people. It’s fitting, then, for this blend, which contains a veritable smorgasbord of tobaccos: black Cavendish, "luxury" burley, bright Virginias, Turkish Orientals and Acadian Perique are all named on the label. The tin art is equally appealing: a woodblock-style graphic commissioned to Seattle local Joe Melberg, depicting a tribal mask in the spirit of the longhouse paintings where potlatches are held. Rendered in muted tones of red, cream and grey on a deep russet field, and grinning cordially, the face beckons one to return the smile and inspect the contents. Opening the tin, one finds the same muted tones of reddish-brown and black leaf enveloped by a musty vegetal bouquet similar in profile to a mild English blend, despite the lack of Latakia. 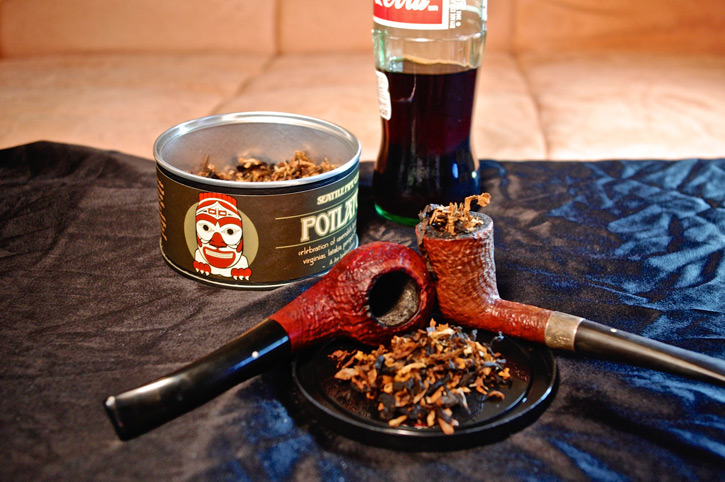 Not surprisingly with seven different leafs, there is a lot going on in this blend. The light is typical again of light Englishes, with a high tart Virginia sting and a touch of peppery retort from the Perique overlaying a musty, smoky mélange beneath. The ribbon cut allows all the components equal voice, and soon they settle into a smooth chorus, no one outshining another. The balance and complexity which are Joe’s trademarks are certainly in evidence here, as the session continues through several bowls with supreme consistency. Despite having such a lengthy ingredients list, the recipe amalgamates them into a whole that is at times difficult to discern individual tastes from—one does not taste the eggs or the flour in the cake, in other words. Most prevalent now is the tang of the Cavendish, which, after some cellar time, should smooth out with the rest of the mixture. 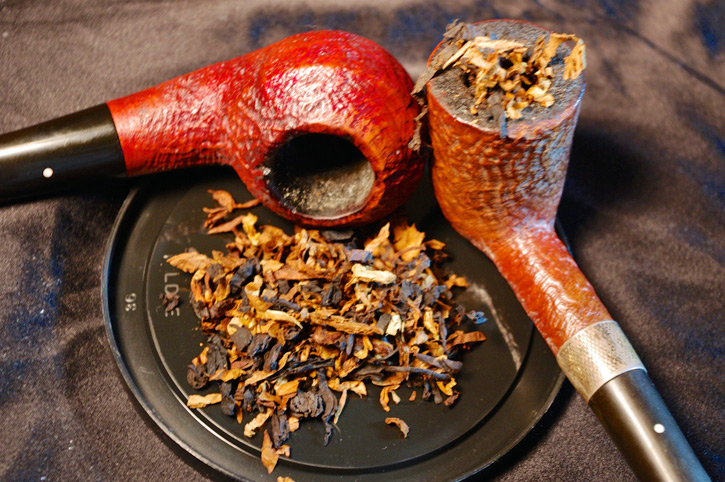 "And there are those who give and know not pain in giving, nor do they seek joy, nor give with mindfulness of virtue"

Overall, this is one of the best all-day smokes I’ve sampled in quite some time. It’s like a mild English, but it’s devoid of Lat; it’s got Virginia and Perique in it but it isn’t a VaPer; there’s quite a bit of Cavendish in it but it’s far from an aromatic. Importantly, there’s enough complexity to keep my interest yet not so much that it’s an assault on the senses. The same can be said for the nicotine content—a fair amount, just enough from the burley to provide a good burn and a nutty background flavor, but not so much that my eyeballs sweat after the third bowl.

To parse out the flavor profile, it must be taken as a whole, for there is no soloist in the group. Again, for comparison’s sake, think along the lines of a light English or Scottish blend—only slightly Virginia-forward with equal voice from the condiments. It’s got the musty, leathery body of Virginia & Oriental that is deepened and ever-so-slightly sweetened by the Cavendish, a sweetness that is best enhanced by a beverage like an ice-cold sweet tea or cola. Then there is the smokiness, the Latakia-like campfire hints and floral notes peculiar to the Turkish, which bring out a parchment or pot roast note. As mentioned, the mild nuttiness of the burley rides in the background, though I’m not sure about the luxury part—perhaps it’s riding in a Mercedes? And finally the Perique, used with restraint here, its contribution mainly steering the profile along the earthy track with occasional zest. Together, they work magnificently, and given some cellar time one should expect the body to deepen considerably and offer a bit more in the way of sweetness in the middle bowl. 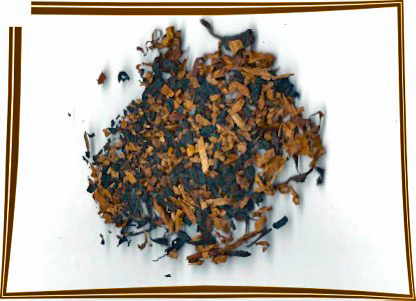 "They give as in yonder valley the myrtle breathes its fragrance into space." – Kahlil Gibran

Your neighbors shouldn’t mind you smoking this one. Without the polarizing scent of Latakia, the room note is a vague and generally pleasant smokiness, like being in the kitchen where a brisket was roasted. Faring well in a multitude of bowls, it’s also a blend that will agree with the ghosts in your pipe—in my English pipes it definitely exhibited more of an English blend profile, while in aromatic pipes it picked up the sweeter shadows and carried them with equanimity. Potlatch is a fitting addition to the SPC lineup and definitely whets my appetite for the upcoming release of Pike Place, which was originally slated for release July 1st, but has now been pushed back to December.

[Editor’s note: Potlatch is starting to sell out, so you should get some now while you can.] 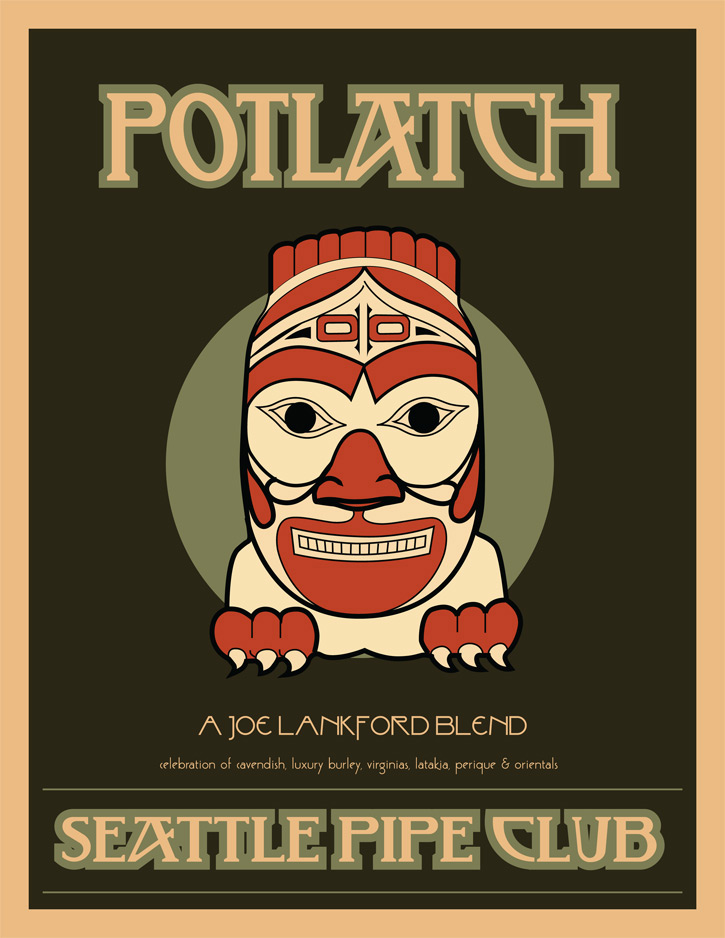 "And there are those who have little and give it all.
These are the believers in life and the bounty of life, and their coffer is never empty."