Hank 23 – The Legend of the Leaf of the Last Longing 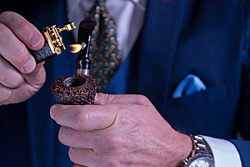 Sometimes I’m somewhere exotic doing writing or reminiscing about being somewhere awesome doing something enviable. But right now, I’m at my desk, a huge desk with barely enough room for my keyboard and mouse because I’m not great at picking things up.

But there is a glass of gin on my desk. It may or may not be on top of other things which are atop my desk. And I’m typing. It’s neither awesome, nor sexy. But the music is good. My gin tastes quite nice, and it’s pairing well with this particular bowl of Solani.

On to your questions then.

I’m looking for some inspiration. Something new to smoke that will lift me off my feet and give me joy. Everything I smoke lately has been mildly disappointing and I seem to have more fond memories of smoking than I do actual experiences of smoking.

Yours,
Down and Almost Out in Mississippi

Dear Down and Almost Out in Mississippi,

It sounds as though you’re unaware of the Leaf of the Last Longing, a story I’ll gladly share here for the uneducated. The story is that there is a mountain somewhere in Patagonia (and I do not know if it’s in Chilean or Argentinian Patagonia) atop which grows a tobacco plant that has become famous throughout the region. Supposedly this leaf, even uncured, can be stuffed in a pipe and enjoyed by the one on a pilgrimage, for the entire way down the mountain. The trip up will certainly be arduous and take days or perhaps even weeks, but the trip down will pass before the bowl is fully smoked down to ash.

Furthermore, the leaf produced by this plant is the only true way to satisfy the smoker’s desire for the perfect smoke. As if that weren’t enough, it’s rumored to then have the lasting effect of causing the smoker to never again experience what you’re describing. After partaking of the Leaf of the Last Longing, the legend says the pipe smoker will delight in every bowl he partakes of for the rest of his life. 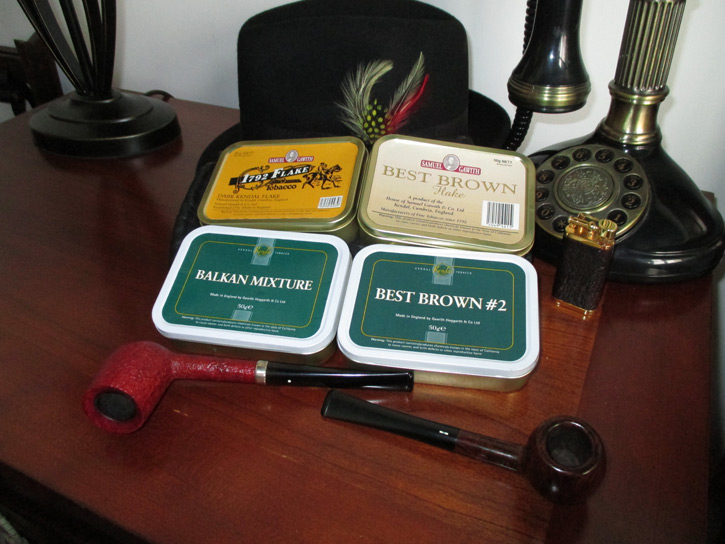 If the story is true and you make the pilgrimage you would, in theory, be able to buy budget tobacco for the rest of your life and smoke it with absolute delight from the hottest, cheapest pipes known to man. Or perhaps your cellared leaf would take on new characteristics and you would write about experiences the rest of us can only long for.

At some point someone will set out in exploration, cutting through trees, traipsing across valleys, and summiting mountain after mountain until they mark the location of this plant with a modern GPS. They will pass village after village of people who claim to know someone who has smoked the Leaf of the Last Longing; they will press on and find the truth. When that happens, you can be assured whomever finds it and releases it to the world will be a hero in the eyes of pipe smokers everywhere.

So, not only is there a leaf somewhere in this world which cures the ailments of mediocre or bad smokes. There is the possibility, in discovering it, of great fame and glory. A goal only the most vain of us can hope to pursue. But I hope one of us does eventually. Because if it’s true, I don’t care if I have to spend my life savings and stay in grass huts for months on end, I’m all in. Who needs money with lifelong perfect smokes are promised? Am I right?

It is my strong suggestion that you put your mediocre-pipe down and pursue the Leaf of the Last Longing and then share it with all of us.

Or, you know, you could just clean your pipes. Whichever.

Till the day in which smoke is perfect and I’m never disappointed with my pack, or my pairing of pipe and leaf,
Hank

I do not care for tobacco. I do not care for nicotine. It makes me feel rather terrible to be perfectly honest, while others seem to relax because of it, I just seem to feel like going to sleep in a fetal position holding my stomach. But that’s just it—after I do go to sleep, I have the most epic dreams. I keep a batch of Nightcap by my bed and I smoke a bowl right before it’s time to call it a night.

Last night I smoked a particularly nasty bowl, but fell asleep to a particularly wonderful dream. In this dream my tobacco tasted heavenly—not at all reflecting what had just happened—and every small gap in the smoke became a planet or a star. While I sat in my chair I gazed at a universe filled with life, I floated around the room and the galaxy and found planet after planet filled with life of different forms. There were aliens like the kind people always imagine in lazy Sci-Fi (big heads, big eyes, otherwise with arms and legs like humans), and aliens like I had never imagined before.

I came close to each and every planet and observed the lifestyles and ways of these different beings. The only thing they shared in common was a taste for tobacco, which they all smoked in a pipe of some sort (though some of the pipes were barely recognizable as such).

I just wanted to write and let you know, that I don’t like tobacco, but I like what tobacco does for me.

For now,
Kind of a pipe smoker in Florida

Dear Kind of a pipe smoker in Florida,

I guess, I mean…. if you’re in to that sort of thing.
Hank

It’s late and I’m tired. I have nothing, I’m just curious what you have to say.

Sleepy in Portland (I know, I was close)

I, for one, love the open ended questions. I’m more than happy to share a few things.

1) I went tubing down a river in the mountains last month. It was a blast, but my Grabow got wet when I fell in near the end.

2) It doesn’t matter how many times I mix a burley with a perique, the results are always fantastic, I’m surprised 100% of tobaccos aren’t Bur/Pers.

5) If you bury a cob for hundreds of years in a bog, you get something akin to Morta, but it’s not quite the same. I call it, Cobba, and it’s not for sale, but it does make for an interesting smoke.

6) 27 bowls in one day is too many. Unless they’re very very small bowls. 26 is fine, but 27 decidedly is not. I spent a lot of years using something *like* the scientific method, and I have loads of evidence to back this up.

Yours, and everyone else’s,
Hank