Ask Hank 18: What are you smoking? 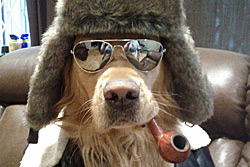 I went for a run today up a mountain near my house. It’s one of my favorite paths and I take great delight in just how hard I have to push myself through the climb up. I also find a great deal of pride in myself every time I manage to run all the way to the top without slowing down for a breather.

Today someone followed me out of the parking lot and on to the path and I noticed they were consistently right behind me. At first this was great, as it was motivation to run as quickly as I could and not slow down. Then about 1/2 way up the mountain I noticed something, they were hiking.

I was running, and they were hiking at the same pace as me. It was absolutely demoralizing.

It’s sort of like that time I lost a slow-smoking competition to someone who was puffing away like it was a chimney. I had a good slow cadence, just enough to keep the thing lit, and here the guy next to me was puffing away like he’d just discovered a cheesecake-flavored aromatic and hadn’t had lunch. And yet he won.

Losing a slow-smoking competition is one thing, but losing to the guy with zero self control is
discouraging.

So today, like I did after that competition, I bought myself a really expensive pipe. Hey, I deserved it.

On to your questions for the month.

It’s spring. Or at least I’m told it is somewhere else in the country.

What are you smoking these days?

Dear Melissa and Kevin in Detroit,

Mostly saw dust. I’ve started freezing Swedish fish until they’re good and hard and then grinding them to a fine powder to add in to my sweeter aromatics, it doesn’t seem to affect the flavor much, but I’ve noticed there is something in Red 40 that really comes alive when burning and inhaled.

I’ve got a favorite cob that has finally started to burn out, and at first it was bothering me, but I’ve sort of grown accustomed to the flavor of the walls of that pipe slowly giving out. Somehow it is burning from the tip of the bowl on down and the oils built up on the cob over the years are adding some really complex flavors to my burleys. 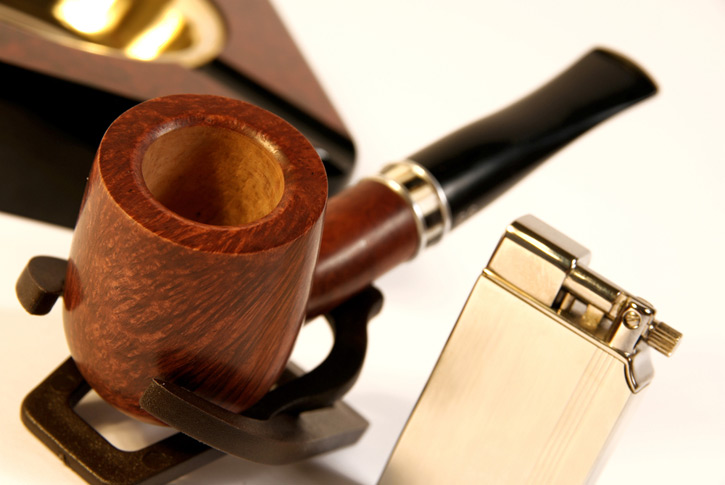 I spent a few weeks trying to figure out how to add some bite sized pieces of raw pork to the top of my bowl and see if I could both enjoy my pipe and smoke some meat at the same time, but it turns out there are some complications to that. For one thing my wife doesn’t seem to like it when I do this while watching TV with her on the couch… she says it’s a little less pleasant smelling than some of the black rope tobaccos I’ve been trying out lately. But I’m fairly certain she loves smoked jerky, so it’s her loss.

Really, it’s about what I haven’t been smoking these days that’s more of note. I’ve gone almost nine months without partaking of anything off a Wal-Mart shelf. So… you know… baby steps.

There is bite and then there is burn, if you know what I mean,
Hank

I feel troubled by some of the things I’m seeing in the news about what is happening domestically. Both with regards to tobacco and some of the decisions being made at the top. Though, I think what causes me even more concern, is some of the things playing out on the world stage.

It’s becoming increasingly obvious to me as I watch more and more candid videos about people’s lives in other countries that there is very little pipe smoking happening in countries with regular news coverage.

I’m worried. I heard there is a shoe company or two that will donate a pair of shoes to a child in need every time a purchase is made in America. Is there a pipe company out there offering a trusted piece of briar to those without a vessel for their tobacco?

Are there charitable tobacco organizations providing for those in other countries? Those that maybe have enough to survive, but not enough to relax?

Just another concerned citizen,
Jimbo in the Keys.

You’re doing it wrong. The answer isn’t to wonder how to help as that’s obvious—you get on a plane and you go over there (everywhere) with a bag full of Grabows and you distribute them indiscriminately to male and female, young and old alike and you hope for the best.

Instead, the appropriate reaction is something else entirely. It’s to find five of your favorite pipes and pack them all at the same time, then you find your favorite lawn chair and head to your front yard with a small pipe rack and big bottle of whiskey. While the sun is up, but not too hot, you light your first pipe and you stare at the blue and thank the good Lord for your pipe. Then you take a few drinks of whiskey and think about literally nothing.

For the duration of pipe two, you watch the grass grow.

Pipe three is about remembering embarrassing moments from high school.

Pipe four is spent worrying about what you’re missing out on for picking these five tobaccos instead of others you could have picked from your cellar.

And then on the fifth pipe, you pull out your phone and donate some money to something that actually matters.

But don’t you dare stop enjoying that pipe for even a moment.

A good book about a pipe-smoking hero who saves the world also helps,
Hank 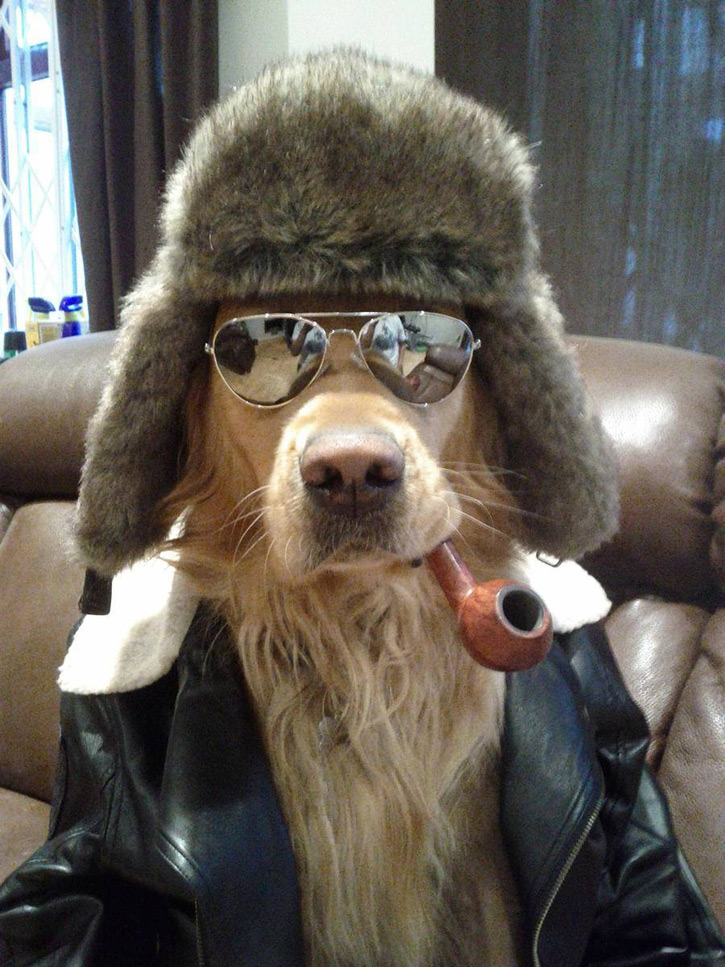 My favorite way to enjoy my pipe is to sit outside and watch my dog chase it’s tail. It seems it doesn’t matter how many circles he turns in, he never grows tired or less angry at the thing. A few months back, while engaged in watching my dog do this very thing, I started to think about the activities I foolishly do on repeat in my life, and one of them is manually packing a pipe.

It’s a small thing, but I do it several times a day, as do most regular smokers, and I know there is no end of debate on the internet about how to do it best so it’s not too loose, and not too tight and yet smokes down to a nice ash at the end.

Well, I’m an engineer by education so I set about building a small machine to automate the process, where I just set an open tin in front of it (it’s currently only working with shag cut tobacco though I’m hoping to add functionality for flakes and plugs in the near term), and it grabs a bit and packs and stuffs with precise measurements and twists. The beauty of it is, with just a few dials I can tweak it and adjust it every time till I find the perfect pack.

I’m curious, when I go to patent this, will there be legal ramifications? What with all the new regulations on pipes and everything, I’m fearful there might be pushback. What do you think I should do?

Also, I’ve enclosed three different tobaccos in three different sized bowls to show just how well this little gadget is working, and I’m hoping to bring it to market via Kickstarter in the next few months. So enjoy the free packed bowls and keep your eyes out for the thing that will keep us from chasing our tails forever.

You’ve made me so very happy.