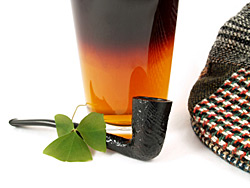 As should be expected of someone who taste-tests tobacco for a living, I’m intolerably outrageously somewhat opinionated about my choice of drinks, both "on-duty" and "off-duty", so to speak. It’s only natural that in addition to spending a good amount of time thinking critically about tobacco, I apply some small rigor to my selection of beverages. Considering the average human requires a couple of liters of liquid added to their engine every day, I see this as an opportunity to have no shortage of variety on the menu. Drinking some kind of beverage while enjoying a pipe is essential for having the best experience. The continual cleansing of the palate can help you discern tastes better, and it’s beneficial to you by both mechanically cooling the mouth off after an influx of hot smoke, and counteracting the mildly dehydrating effects of smoking. As an added bonus, a beverage with a slightly acidic pH will have the effect of counterbalancing the slightly alkaline pH of pipe smoke, smoothing out any rough edges.

So, from the lowbrow to the high life, here’s a selection of what I’ve been tippling this summer. 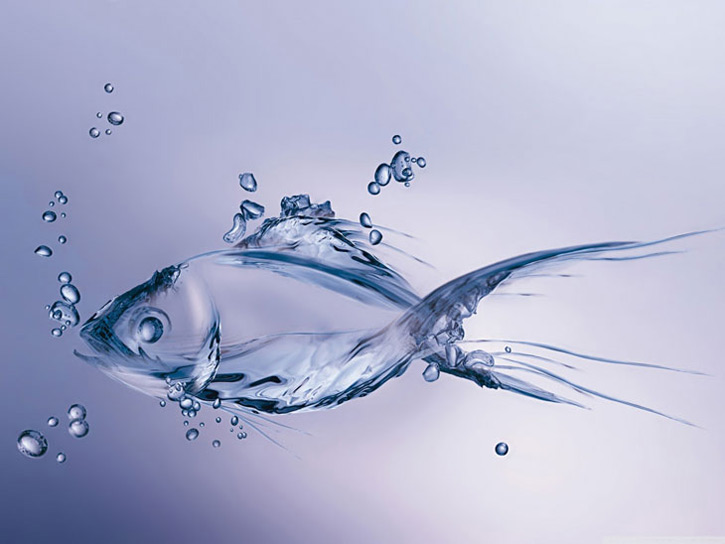 Water can crash, water can flow. Be like water, my friend. —Bruce Lee

TAP WATER is wonderful stuff, as basic as it gets, and I’m fortunate to live in a major metropolitan area that has rather highly-regarded tap water. However, I’ve done a fair amount of traveling both at home and abroad, and clean, neutral-tasting water is not always easy to come by for around 80% of the planet, thus the market for bottled water. It is by far the cheapest, most refreshing, and easiest option, and pairs well with any tobacco that you want to taste.

SPARKLING WATERS add some effervescence and usually a slight mineral content to the party. The mineral content can vary from brand to brand; highly mineralized water has a definite difference in the mouthfeel and taste, and can affect taste perception of the smoke, usually serving to highlight different aspects of the tobacco. I make it a point to try several bowls of any review tobacco with a sparkling water, usually my old standby, Saratoga Spring Water. It’s a hometown fave, produced a short drive Upstate at Saratoga Springs, in the foothills of the Adirondacks. It tends to be highly carbonated and has a slightly sweet, slightly salty tang though it is devoid of sodium or sugar. The cobalt blue bottle is classy, too, and impresses dates when they peruse my fridge. Again, pairs well with anything you care to smoke, from sticky aromatics to dark and heavy Latakia blends but I’ll make a suggested pairing anyway: McCranie’s Red Ribbon; it’s like rediscovering red Virginia every time. 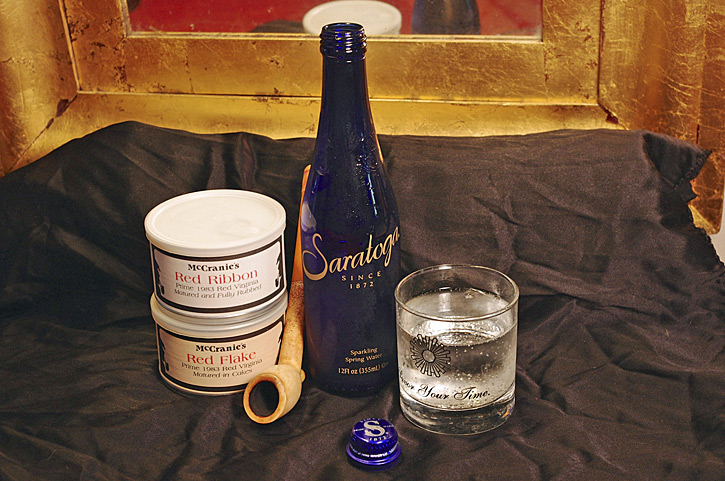 You can’t cross the sea merely by standing and staring at the water. — Rabindranath Tagore

Another must-mention is Gerolsteiner Sparkling. Purportedly the number one brand in the world, and I’m inclined to believe it, because it’s quite unlike any other. With a very high mineral content, particularly calcium and magnesium as well as a small amount of sodium, it’s the best palate-resetter I’ve found. It has a remarkably complex mouthfeel, at the same time slick and effervescent, and is particularly effective at enhancing the Latakia leaf’s aroma and flavor. Back in the day when I was in the coffee business, one of the more interesting cuppings I attended actually involved tasting the same coffee while cleansing the palate with a variety of mineral waters. The subtle changes evoked in the perception of how the same coffee tasted differently when paired against different waters was enlightening, enough to stick with me years later. Suggested pairing: McClelland’s entire Grand Oriental Series. No, seriously, all of them! 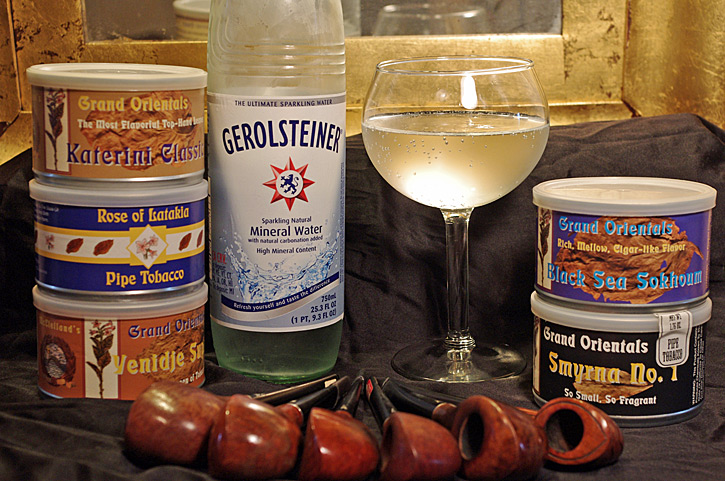 Sodas are a loaded topic here in NYC, and it should be no surprise that a tobacco-centric article should mention another of former Nanny Bloomberg’s inanimate arch-nemeses. Luckily for us New Yorkers, our judiciary branch repeatedly struck down Hizzoner’s crusade, citing reason and common sense as well as the authority of law, and we’re still able to make our own choices with bubbly sweet beverages. 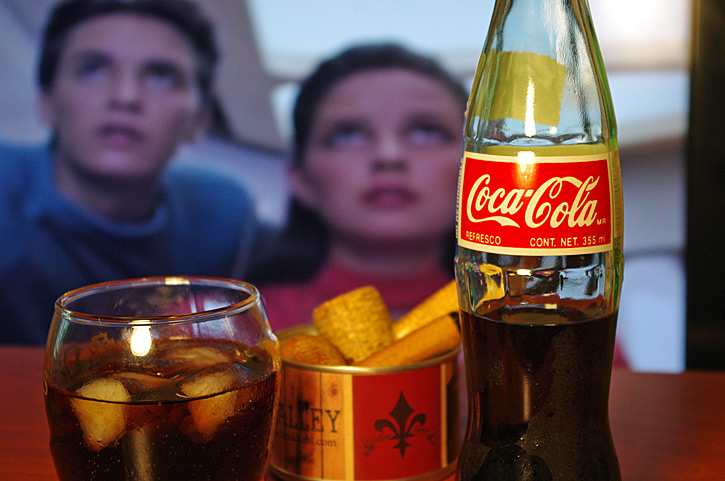 It is hard to imagine a time when Coca-Cola didn’t exist. —Ridley Scott.

There’s nothing like a Coke and a smile on a hot summer day—but make mine a Mexican. Mexican Coke is still made with actual sugar, rather than high fructose corn syrup, and the taste is, well, like it used to be when I was a kid. Coke like it was meant to be; minus the cocaine of course. The taste and sugar content can overwhelm mild or sweet tobaccos easily, so stick to heavier, stronger blends. My suggested pairing: the recently reviewed Oak Alley from C&D. Bonus points for naming the background image. 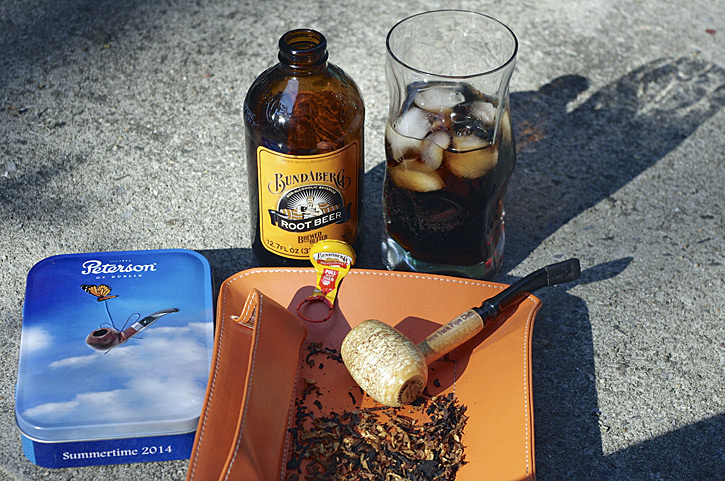 Traveling in a fried-out Kombi / On a hippie trail, head full of zombie — Men At Work.

A recent discovery is Bundaberg Root Beer, and it was love at first taste. It comes from the land Down Under, Queensland to be exact, and it’s a remarkable brewed bevvie. Touting all-natural ingredients and hand-crafted process, it is a standout in the category. Unlike most root beers, it does not strive to knock you out with spiciness; rather, it entices you with its complexity, and rewards you with a deep rich taste that is more root than beer, and lightly carbonated. Real sarsaparilla, cane sugar, molasses, licorice and vanilla are a mix made in heaven to me, and despite its steep price tag here in the states, it’s worth it for a unique drink. It’s decidedly on the treacly side, and interestingly, pairing it with Peterson’s 2014 Summertime blend really brought out the earthy vegetal side of the tobacco, while masking most of the fruity sweetness. Another tactic: pair it with something strong and possibly in the opposite direction—I’ll suggest GL Pease Gaslight or Maltese Falcon for a good companion (neither tins of which I could find for this photoshoot…ah, the joys of a disorganized cellar). 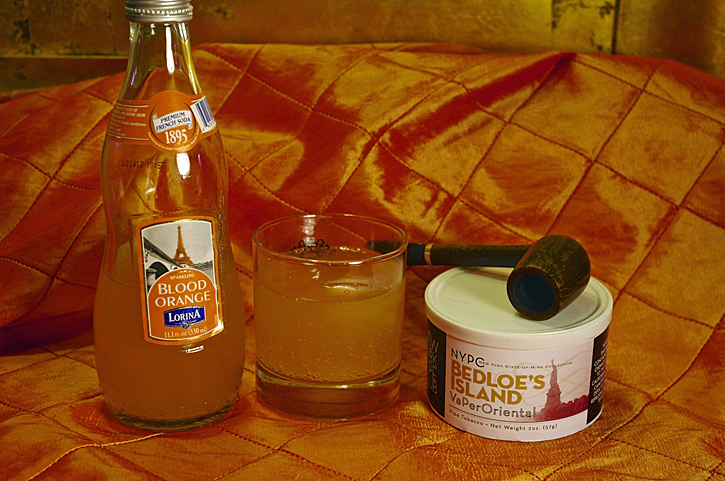 Apparently, the French take their soda pop as seriously as their wine–case in point: Lorina Sparkling Blood Orange Soda. It’s another all-natural soft drink, with a short list of ingredients that includes real sugar and orange juice. Blood orange is one of my weaknesses, and this pop delivers in spades with a light, crisp and refreshing flavor. Interestingly, it pairs really well with aromatics, as there are very few that really hit an orangey tone, even among those that are regarded as citrusy. Blenders take note: if you formulate a really good blood orange aromatic tobacco, you’ve found a customer for life. A suggested pairing would be NYPC’s own Bedloe’s Island; the Orientals react well to the sweet & sour tartness of the soft drink and exhibit their full range of aromas. 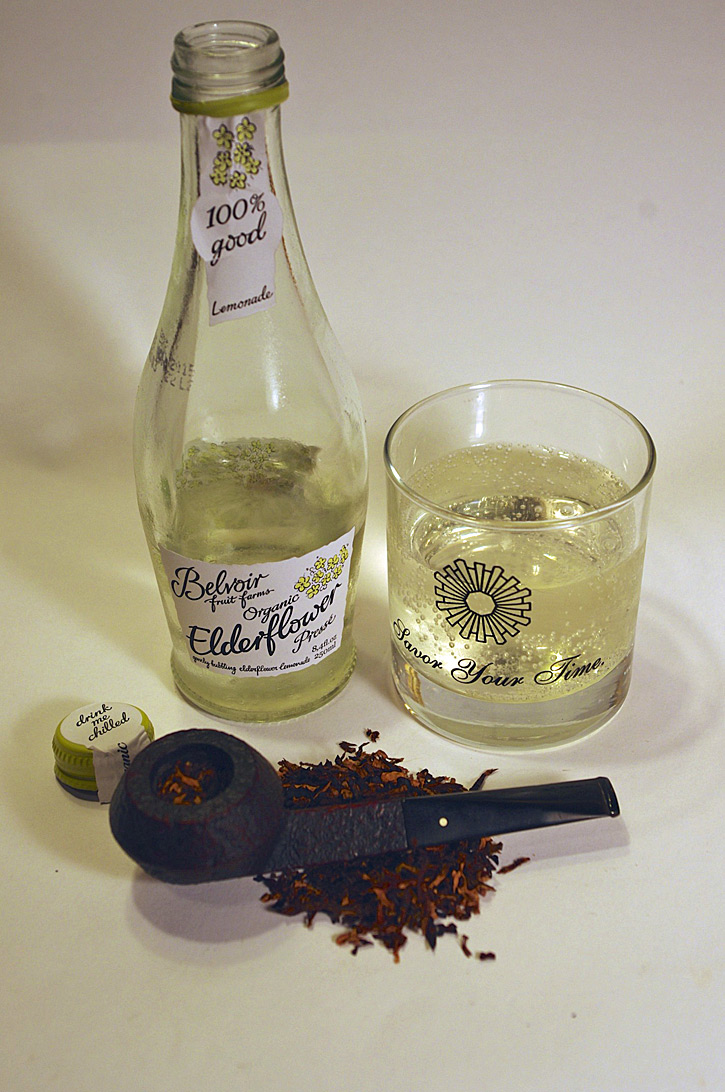 Making a movie a movie and not directing the little moments is like drinking a soda
and leaving the little slurp puddle for someone else. — Steven Spielberg

Belvoir Elderflower Lemonade completes the sugary bottled drinks survey. It’s crisp, sharp, floral, and cuts through a heavy tobacco without pushing the flavors aside. The elderflower creates an unusual profile with the lemonade, but one that is exceedingly charming. I suggest pairing it with a fellow British export, a fresh batch of Dunhill Aperitif straight from the Jermyn Street shop (thanks again, Andy!). Whiling away the afternoon with this photo shoot, I lose track of the time in ruminative bliss. Pro Tip: "Belvoir" is pronounced "beever". Those crazy Brits!

MORE READING  Divided We Fall: The Self Segregation of Smokers

If you’ve read more than a few of my articles here at PipesMagazine, you know I’m a bit of a tea fanatic, and this holds for cold brews as well as hot ones. I could write volumes about teas and never feel that I’d completed the task, so infinitely varied are the offerings available from the humble camellia sinensis leaf. In the interest of brevity, I’ll focus in on what I’ve been enjoying this summer.

Teavana offers two nearly confectionary blends that I’ve been guzzling as iced teas this season: Blood Orange Sorbet and Cha Yen Thai. Blood Orange Sorbet is a blend based on Oolong with bits of fruits (blood orange, plum, cherry, etc.) and herbs (beetroot, rose hips, hibiscus, etc.), and lightly sweetened with coconut blossom sugar. Cold-brewed at a balance of 2 teaspoons per quart of water, it makes for an impressive warm-weather refresher, which I’ve been pairing with Sterling’s VaPer blend in the sultry evening hours. The faint sweetness of the tea and the range of fruit flavors draws out some of the same from the Perique, while the black tea balances the Virginia. 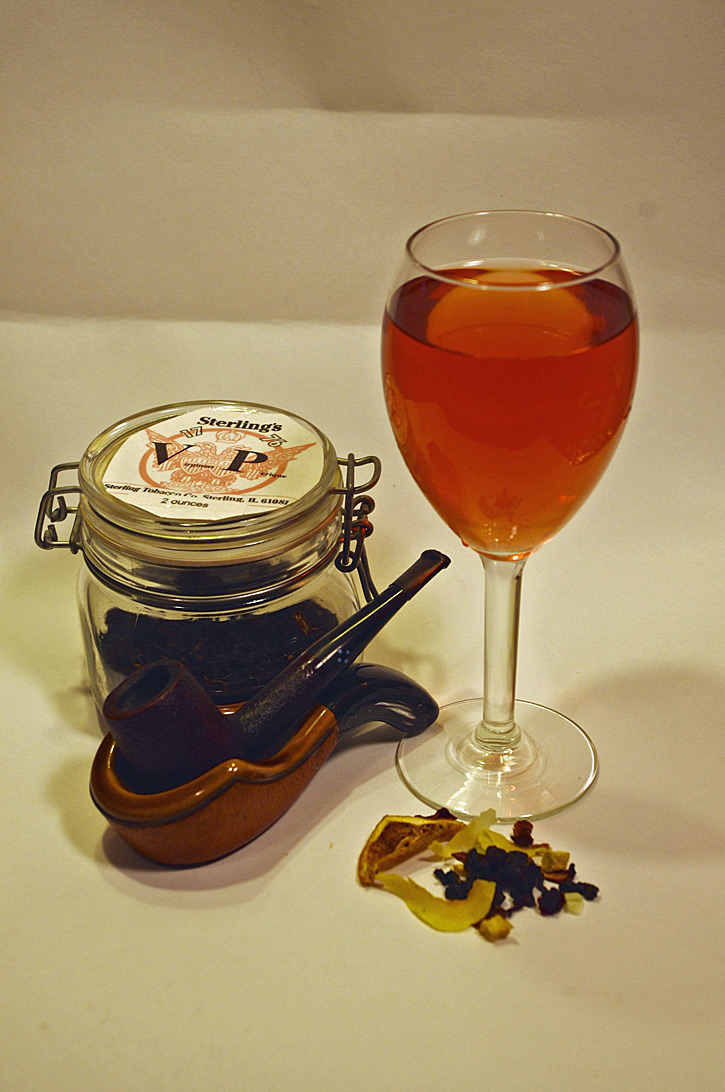 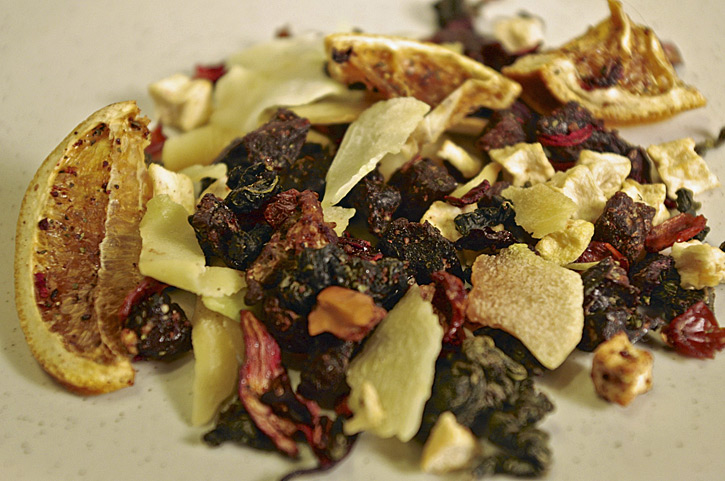 Tea…is a religion of the art of life. —Okakura

Cha Yen Thai is a black tea base with red rooibos, sprinkled through with candied pineapple, anise, ginger and coconut. At once invigorating and soothing, it is conspicuously complex yet never stands in the way of tasting one’s tobacco. Preferring it in the morning hours, I find it pairs well with a straight-up blend like Solani’s 656: Aged Burley Flake. 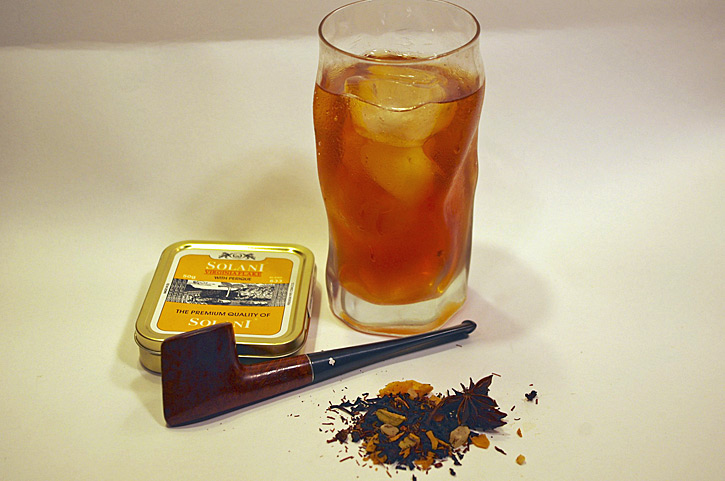 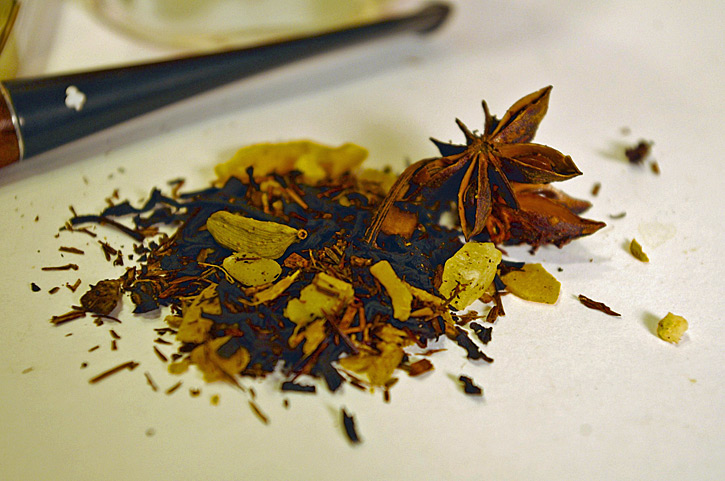 I say let the world go to hell, but I should always have my tea. — Fyodor Dostoyevsky

Finally, I fly in the face of convention by cold-brewing Twinings Lady Grey tea. It’s a lighter take on the Earl Grey recipe, employing a bit more bergamot and lemon to sweeten the deal. With its sharp, clear taste, hint of citrus and mild caffeine content, it makes a perfect afternoon pick-me-up. Brew it mild to avoid bitterness, and pair it with Escudo for losing yourself in those deep thoughts. 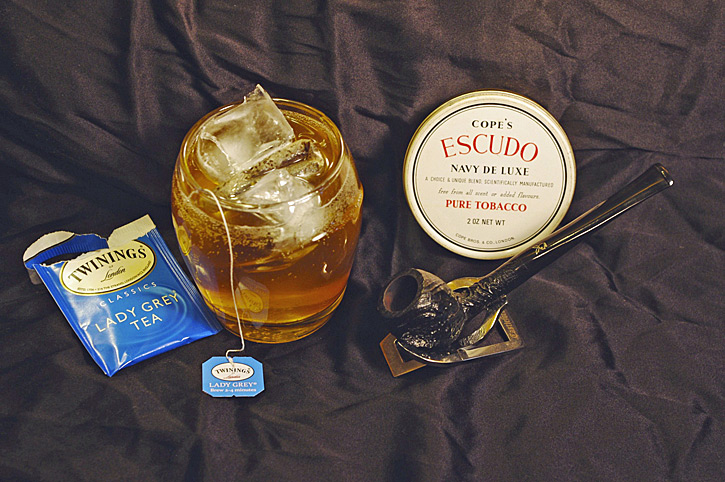 Iced tea may not have as much wisdom as hot tea, but in the summer better a cool and refreshed dullard than a steamy sweat-drenched sage—leave sagacity to the autumn! — Linda Solegato

I do hope you’ve enjoyed this little exercise in flavor hedonics for your warm-weather quaffing. Don’t consider it a definitive list of anything, by any means, but rather a springboard for you to experiment with your own drink pairings—and tell us about them in the comments section below.