Snobbery Is As Snobbery Does 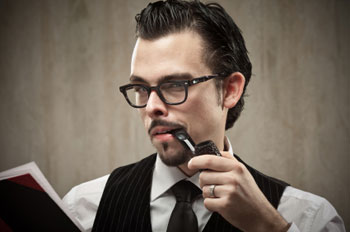 Snobs, snobs, and more snobs are everywhere … and Reverse-Snobs too! … even in the small, little, teeny-tiny pipes and tobaccos community! It’s hard to decide which are more annoying. I have disdain for both, but I am leaning towards Reverse-Snobs being slightly more annoying. But wait. That’s not really correct. They are both equally obnoxious. For a moment, I was thinking of some of my friends and acquaintances that have some high-end pipes, and how cool these guys are … but they are not snobs. Hence the title of this article; paraphrased from the line in the movie, Forest Gump; "Stupid is as stupid does." "Gump’s ‘Stupid is as stupid does’ is a rejoinder, and a rather intelligent one. It means that calling a person stupid doesn’t make him stupid, that we know a person by his actions.

So, "Snobbery Is As Snobbery Does" means that just because a person may own several pipes that he paid several hundred dollars for, doesn’t automatically make him a snob. However, if you disagree with that statement, then you may be a Reverse-Snob. A Pipe Snob would be a person that only smokes expensive pipes, doesn’t believe that a modestly-priced pipe can deliver a good smoke, and looks down on anyone that smokes low-end, mass-market pipes, like Dr. Grabow, or Corn Cob pipes. That’s a general example, and many others could be given at different levels, and with varying specificities. If you only own and smoke high-end pipes, that doesn’t mean you are a Pipe Snob. However, if this is coupled with some type of superiority-complex, then you may be a snob.

Just because a pipe is more expensive, of a certain origin, specific grain pattern, individual brand, etc., doesn’t guarantee it will have any measurable supremacy in delivering a better smoking experience. My general, simple definition of a good smoking experience, all things being equal, is one where the pipe is not a chore to smoke – it’s easily lit, doesn’t require constant re-lights, smokes cool and dry, and delivers a pleasant flavor. Flavor is the number one reason, by far, that I smoke pipes. I’m being general and simple here, because several entire separate articles could branch out about different types of pipes, pipe construction, engineering, and smoking experiences.

I explained the snobbery issue to Patricia, my oh-so-patient girlfriend, with wine as an example, since we both enjoy drinking it together and had a perfect example experience recently. I don’t consider myself a wine expert. (I am a connoisseur in training, but definitely not a snob.) I’m a student, learning more about wine and wine-making on an occasional basis because it holds an interest for me, not because I need to impress anyone. A former girlfriend of mine wouldn’t drink a bottle of wine if it was priced under $30. She was (and probably still is) a Wine Snob. I didn’t bring this part up to Patricia as it would be poor form talking about the ex to the current. So, the other day, Patricia and I drank two bottles of a California Cabernet Sauvignon that was amazing. To me, it tasted like vanilla ice cream with a caramel topping. The bottle retailed for $10. The previous night, we had a bottle that was pretty good, but nowhere near as fabulous as this. Its’ list price was $28. The Point: Price alone means nothing.

That said, there are, without a doubt, many of the finer things in life that cost more than their alternatives, and deliver an extraordinary experience to a consumer that can tell, and appreciate the difference. And there’s nothing wrong with that!

Some people think I have a lot of pipes, and that they are all expensive high-end pieces. At the recent Kansas City Pipe Show, I was at a table with three other gentlemen and polled them on how many pipes they own. The answers, in descending order, were; 500, 300, and 250. Personally, I have about 70 pipes, so not really a lot compared to my table-mates. In the below photo, I grabbed some random pipes and tobaccos from my collection. We have a selection showing different ends of the spectrum. Pipe-wise there is an Ardor and four Dunhills representing the higher-end $300 – $400 each. There is a Lucienne that was purchased new for $9.98, along with two Dr. Grabows. We have mass-market "drug store" tobaccos along side of boutique specialty blends. 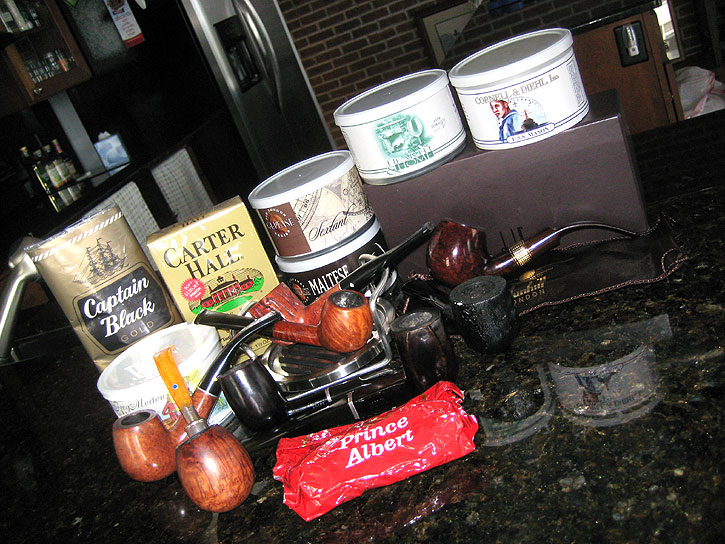 I do smoke the high-end pipes and specialty-boutique tobaccos more often, but I do not look down on anyone for the type of pipe or tobacco they smoke, and think it is wrong to do so. I also think it is just as bad to be a Reverse-Snob. The general definition of a reverse snob is: a person overly proud of being one of, or sympathetic to the common people, and who denigrates or shuns those of superior ability, education, social standing, etc. Some guys exclusively smoke mass-produced, machine made pipes, like Dr. Grabows, or corn cob pipes. For me personally, to smoke those type of pipes exclusively would be narrowing my field of enjoyment too much. However, I have no criticism for someone that does. My attitude is; "If you’re enjoying it, then you’re doing it right."

What really gets me though, is when the guys that only smoke very low-priced pipes disparage anyone that smokes what they deem to be too high-priced. I’m not sure what’s exactly at play here, but for some I think there may be a little bit of jealousy going on. I think some of them have the metaphorical chip on their shoulder. And there could be an inferiority complex at work as well. Perhaps the snobs have a superiority complex and the reverse-snobs have an inferiority complex, and the two are not much different really.

Either way, they are all immature, illogical and rude to a certain extent.

For an entertaining read, check this link on Reverse Snobbery. 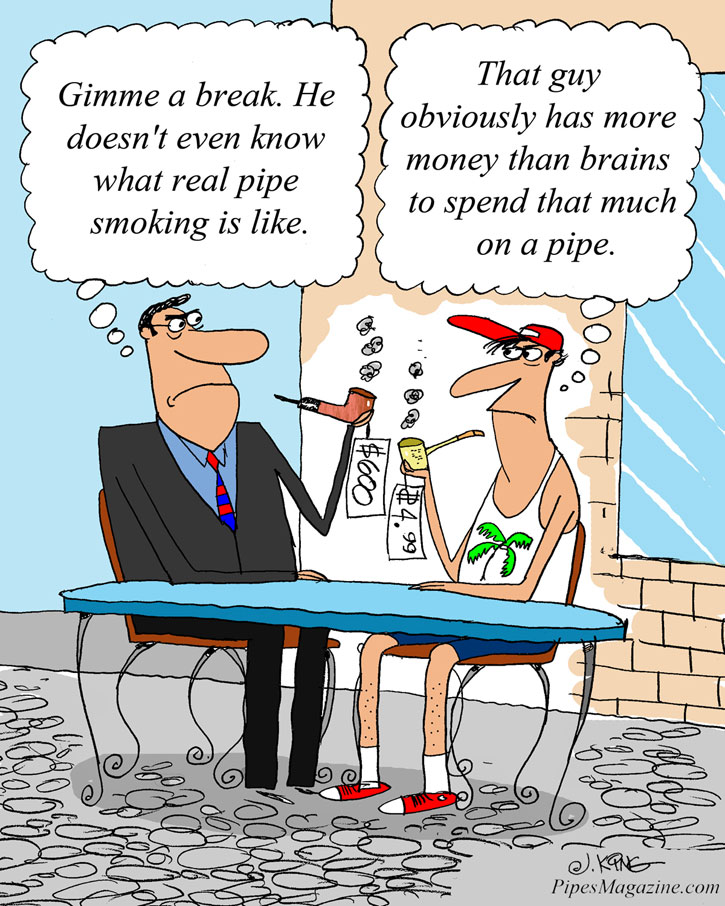