Pipe Smoking in the Movies 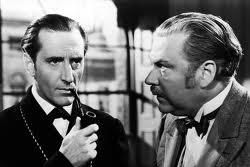 When pipe smokers watch someone smoking a pipe in a movie or on television, we instantly relate to that person, especially now that we have been lumped together with cigarette smokers and it is so rare these days to see anyone smoking a pipe.

As pipe smokers and pipe collectors, we know that what we do is very different from what cigarette smokers do. We do not smoke a pipe to get a "fix" of nicotine. We use our pipes as sources of contemplation and meditation. They help us relax, and, in my case, they help lower my blood pressure.

So when I was asked to give a talk at this year’s Chicago Pipe Show, I decided to pick out some scenes that I had remembered over the years from movies and TV shows that featured pipe smokers.

The idea for this talk occurred to me seven years ago when I saw The Big Noise one night on Turner Classic Movies. Not to be confused with the Laurel and Hardy movie of the same name made in the 1940s, the movie that I saw was released in 1936 and starred Guy Kibbee as a retired millionaire who was dying from boredom. A man 10 years his senior, but with more more youth and energy, encourages the Kibbee character to take up his pipe again, find a job and start living with zest just as he did as a younger man.

That scene is about five minutes, and, when I watched it, I thought, wouldn’t it be interesting to find a dozen or so similar scenes that show pipe smoking on the big screen?

I made a mental note to think back to various pipe-smoking scenes that stuck in my mind, and I would write them down as they occurred to me.

My brother John is a documentary filmmaker who lives in Los Angeles, and he spends a great deal of time editing film. So I called John and told him about this idea and asked if he could help me. We are both always looking for excuses to get back to Chicago to visit our 92-year-old father at his nursing home, so I promised John that if he did this, I would give him a mileage round-trip ticket to Chicago.

He said yes, no problem, but that I would have to send him DVDs of any scenes that I wanted to include. Well I didn’t have them on DVD. Most of these scenes were stored on my television, as I had Tivo’d them over the years. He said that wouldn’t do him any good — he needed DVDs.

I then sent John a list of something like 55 movies and television shows, and he said that was way too many. It would take him a full week to deal with that. So I narrowed down the list to fewer than 20 and then became Amazon’s best friend, ordering DVDs of every movie and TV series that had a scene that I wanted.

We picked a day and I went to John’s house with all those DVDs. He put them into his specially-designed computer, one at a time, and we would fast forward to the pipe-smoking scenes that I had in mind. Somehow he managed to include just what I wanted and to edit out everything else. We have scenes in which the pipe is used as a symbol of celebrations and peace, as a stress-reducer during tense conversations and as a way to relax and think more clearly.

John spent a lot of time after I left, trying to make sure the quality of each scene was as good as possible. One of the DVDs had been transferred from a VHS videotape, so it looks a little more grainy than the others. If the movie was released in Britain, there were special issues involving starting and stopping of the action. The volume was inconsistent on many of the DVDs, so John tried to make it as consistent as possible throughout.

When it was all finished, we wound up with nearly 45 minutes of film taken from 16 movies, whether made for the theater or made for television. I plan on speaking for a few minutes throughout the clips — I mean a few minutes TOTAL — because the scenes speak for themselves. The only complaint I anticipate is, "why didn’t you include this movie or that?" but that is inevitable. This talk could be given a dozen times with totally different scenes from different movies because there really are a great many terrific pipe-smoking scenes on film.

John also put in a strip with the name of the movie and year it was released. He did an amazing job. He actually got into it and said he enjoyed seeing so many variations on the same theme. He is not a pipe smoker, but he could see some of what appeals to all of us.

In the end, not all of the DVDs were included. For instance, there is a great scene of Bing Crosby relaxing with his pipe in the movie, White Christmas, but the DVD that we had would not cooperate, so we had to leave it on the cutting room floor. 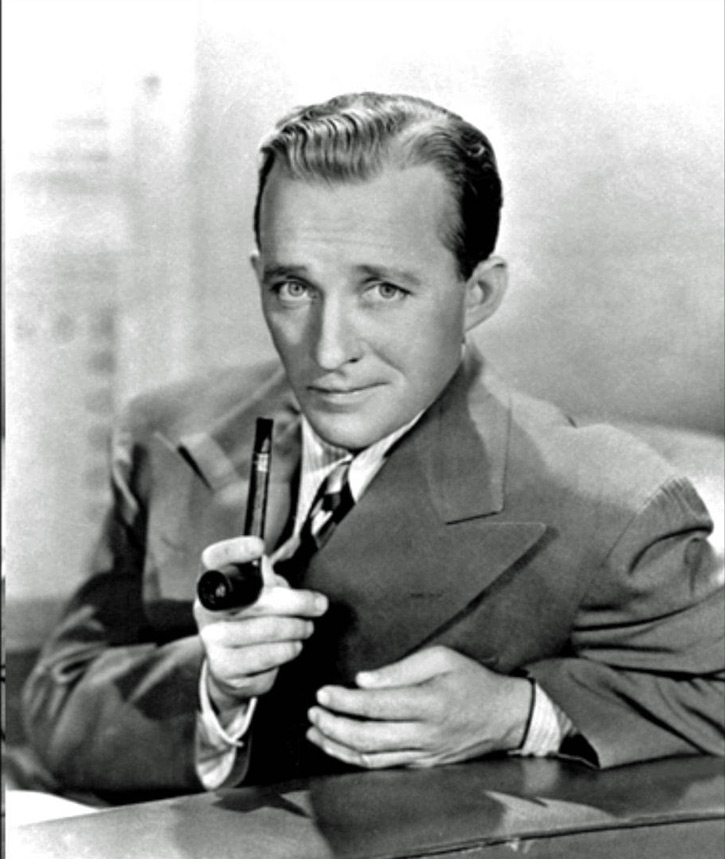 All this new technology is so amazing to me, and I am grateful for it. This is why I recorded audiobooks for "In Search of Pipe Dreams", and "Still Searching for Pipe Dreams".

If you are coming to the Chicago Pipe Show, I hope you will attend my talk on "Pipe Smoking in the Movies". The film clips capture the essence of what makes our hobby of pipe smoking and pipe collecting so special.