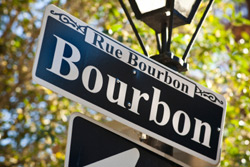 Despite flight changes, venue changes, an impending hurricane and disasters at the workplace, I’ve made it to New Orleans for the NOLA Pipe Show. My first official vacation from the day job in over two years, it already promises to be an affair to remember.

I flew in a day early to settle into the city and hotel, and to spend some time with the fellows putting on the show. I’d been looking forward to this trip for very personal reasons: twenty years ago I lived here, chasing after a girl—The One That Got Away. She was the love that gifted me my first pipe, and it was here in N’awlins that my own pipe-smoking history really began. I hadn’t been back here until now, and there was a little trepidation—the city and I both had twenty years to change. And of course, Katrina happened. All those fears were washed away in the sun on the morning I landed. The weather was perfect, people were smiling and friendly, and immediately I felt as much at home as I did back then. I do know what it means to miss New Orleans; thankfully, she’s still the raucous, laid-back, grinning gin-soaked old matron that I remember her being. Laissez les bons temps rouler!

Though it took three days and an extraordinary level of patience, I was able to secure a room at the Hilton attached to Generations Hall, where the show will now be held. Originally slated to be at Harrah’s Hotel & Casino, an eleventh-hour abjuration from a bevy of nervous lawyers nearly halted the festivities. They were even gracious enough to cancel all the reservations folks had made, though neglected to inform any of them. Not to be deterred, Toby Ducote, one of the show’s organizers, really stepped up and did some last-minute wrangling to secure the new venue and negotiate a great group rate for those of us left in the lurch by Harrah’s. Speaking with James about the trials and tribulations they’ve been through to organize this, he seems surprised himself that it actually came together, relieved that it has, and excited to see his labor come to fruition.

James, Wes and I had a very local dinner at Felix’s in the Quarter and talked about our connections to the city. James is originally from the Lake Charles area, and an alumnus of LSU; Wes’s travels have brought him through the crescent more times than he can recall; and Toby lives just down the way in River Ridge. Though James & Wes now both live in Texas and are members of the Austin pipe club, they’d wanted to have a pipe show of their own for quite some time. With Toby’s help and their own personal connections to New Orleans, it seemed natural to have it here as the city is a draw in itself.

The evening ends in Café du Monde, still trading stories of personal histories: our wilder, younger years, told with misty-eyed smiles. New Orleans is a town that, much more than most and in a very singular way, is soaked in memory. When I lived here I mused on its decorous decay, that it was a city that time forgot. Now I see her in a new light: she is a city at peace with memory, a dream kept alive by the people here, a city still redolent with light and music and, now, her very own pipe show. 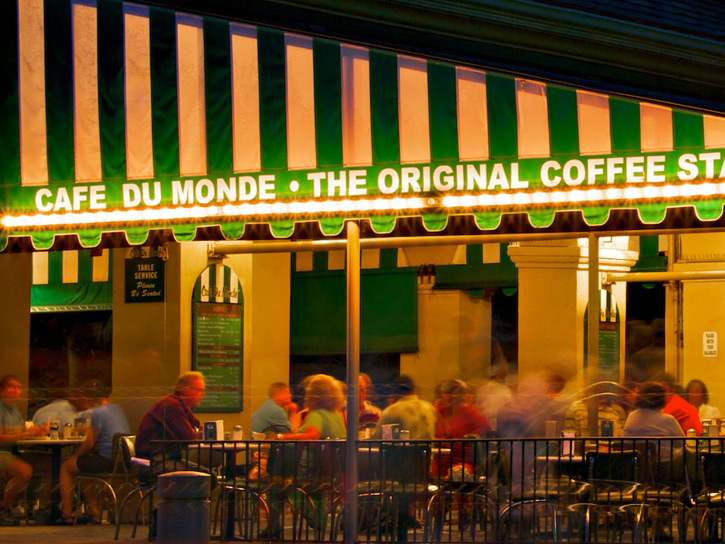 [Watch for the detailed coverage of the New Orleans Pipe Show in the coming days.]