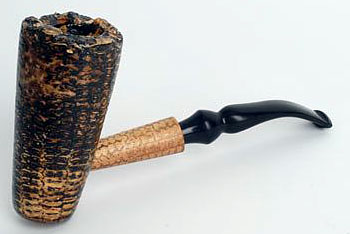 On July 20, we reported on some tobacco-growing problems in: Will 2012 Flash Drought & Heat Wave Affect Pipe Smokers? We were unable to reach Missouri Meerschaum, the original and only American manufacturer of Corn Cob Pipes for that article. Now, however, Pipes Magazine has spoken via telephone to Phil Morgan, the General Manager of Missouri Meerschaum. 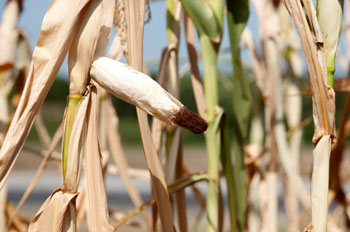 Mr. Morgan tells Pipes Magazine that the growing season started out good with the early arrival of warm weather allowing for planting to begin sooner than usual. Unfortunately, good turned to bad with the arrival of the worst drought in 50-years, combined with a massive heat wave. For Missouri Meerschaum, the bigger problem is the heat wave. They are lucky that their fields are irrigated, which obviously helps, although the lack of rain is still a challenge. The extreme, unrelenting heat is actually cooking the plants from the top down. The pollen comes from the tassels at the top of the plant and falls onto the silk, which forms the kernels. The heat kills the pollen while it’s still in the tassels. It doesn’t fall to the silk, and kernels are not formed.

The impact for Corn Cob Pipes is that production will be cut in half for large pipes. Luckily, small pipe production will not be affected. This does create a loss in sales of tens of thousands of pipes, and much greater numbers when measured in dollars. It could have been worse though. According to Mr. Morgan; "Some farmers ended up with nothing."