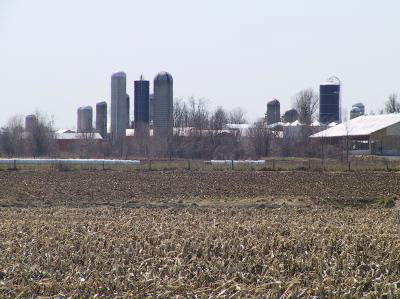 It’s been all over the news that the U.S. is experiencing the worst drought and most extreme heat in decades. It’s actually a "Flash Drought" because it happened so fast. The Mississippi River is drying up. Shipping Barges are nearly at a standstill, and it’s expected to get worse before it gets better. "The unusually hot, dry weather that has gripped the nation will not let up its stranglehold in the next few months, federal weather forecasters said Thursday. And that means the heartland’s "flash drought" will linger at least until around Halloween and spread farther north and east." This is according to The Tampa Bay Times / Associated Press.

As reported by The New York Times; "The drought that has settled over more than half of the continental United States this summer is the most widespread in more than half a century. And it is likely to grow worse. The latest outlook released by the National Weather Service on Thursday forecasts increasingly dry conditions over much of the nation’s breadbasket, a development that could lead to higher food prices and shipping costs as well as reduced revenues in areas that count on summer tourism. Already some farmers are watching their cash crops burn to the point of no return. Others have been cutting their corn early to use for feed, a much less profitable venture. The government has declared one-third of the nation’s counties—1,297 of them across 29 states—federal disaster areas as a result of the drought, which will allow farmers to apply for low-interest loans to get them through the disappointing growing season." Here’s the full article in the NY Times: Widespread Drought Is Likely to Worsen

PipesMagazine.com was curious as to how this may affect pipe smokers. Will there be a shortage of tobacco? Will prices increase? What about the special breed of corn used for corn cob pipes?

Bottom Line: Buy tobacco now as prices will never be lower than they currently are.

That said, the above statement is not solely attributable to the current weather problems. It is also related to anticipated tax increases. Tobacco taxes never go down. There are also possibilities that overseas tobacco growing areas will switch to corn because of the growing demand for ethanol, thus decreasing tobacco supplies from international growers.

Here in the U.S., we spoke to Chris Tarler of Cornell & Diehl, and Paul Creasy from Altadis USA. They both stated that their current supplies were in good shape because they order far in advance and maintain sufficient reserves.

However, there are no guarantees for what the future trickle down effects will be. 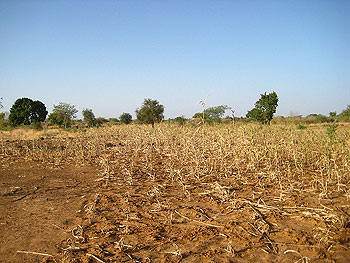 According to Richmond Virginia Extension Agent Brandon Sears, "Hot, dry weather could have some insects feeding in greater-than-normal numbers on crops like alfalfa, tobacco, and some vegetables. Irrigated tobacco and vegetables will be very attractive to insects like grasshoppers and stink bugs under these dry conditions. Grasshoppers feed on alfalfa stems and leaves, as well as on tobacco and vegetables. Faced with a limited food supply, adults can fly a good distance to feed. Feeding usually starts along the edges of a field. In addition, stink bugs are common pests of tobacco and tomatoes. They feed on the middle of the tobacco leaf, which can collapse the plant leaf tissue starting from that point and turn the leaf yellow, especially in hot weather. Because it takes a day or two for the leaf to turn yellow, the bugs will have moved on before producers can make an insecticide application."

More bad news comes from Katie Pratt, University of Kentucky, "In the past few weeks, plant pathologists at the University of Kentucky College of Agriculture have seen numerous cases of black shank. Hot, dry conditions this summer likely are to blame. Black shank is the biggest annual disease threat to Kentucky tobacco. The black shank pathogen attacks a plant’s roots and stem and causes dark-brown to black lesions. While the black shank pathogen is most active during wet, warm weather, dry weather can exacerbate the disease. Plants infected with black shank can’t pull water from the ground as effectively as healthy plants, so they just die when it gets hot or dry. Wilting and death can be so sudden that plants remain green when they die, not showing the yellowing that is characteristic of black shank. The classic blackening of the stem from which black shank takes its name can be less pronounced as well during a drought because of the quick disease cycle."

And that’s not all the grief. In line with other concerns, Chuck Deputy, of the Switzerland County (Indiana) Farm Service Agency said, "The losses are going to be across all yields," he continued. "We’re probably looking at a 50- to 60-percent loss on the soybeans. And it’s probably one of the worst tobacco crops I’ve ever seen in the county." He said that, "excluding the producers who are able to irrigate their tobacco crop, burley producers here in the county are looking at a 60- to 70-percent loss in their crop this year." 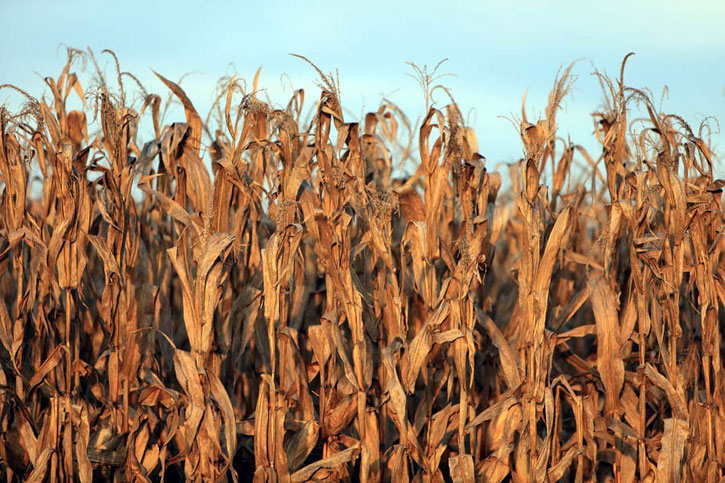 Phil Morgan, the General Manager of Missouri Meerschaum (maker of Corn Cob Pipes) was traveling and not available for comment at press time. However, we were informed that while they desperately need rain, one saving grace is that their fields are irrigated. We will update the article if there is additional information when we hear back from Mr. Morgan next week.

While American pipe tobacco manufacturers remain calm, cool, and collected with the current stockpiles, the 2012 flash drought and heat wave is definitely having devastating effects in some areas. How this will trickle down to create shortages and potential price increases in the future remains to be seen.

UPDATE: August 7, 2012: Here is an update on the effects of the drought on Corn Cob Pipe production: Worst Drought in 50-Years Affects Corn Cob Pipe Production