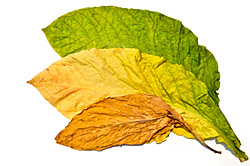 I’m a collector. It’s not just pipes that stimulate this peculiar but fortunately not uncommon affliction. There are a lot of things I find difficult to resist. The books are probably the heaviest, overall, or maybe the wine. Wristwatches have always appealed to me, and fountain pens, pocket knives, old coins. The list is long and ever growing. I’d collect cars if I had the money and space, and probably motorbikes, firearms, old radios, classic guitar amplifiers, fishing reels (even though I don’t fish, they’re beautiful things)… 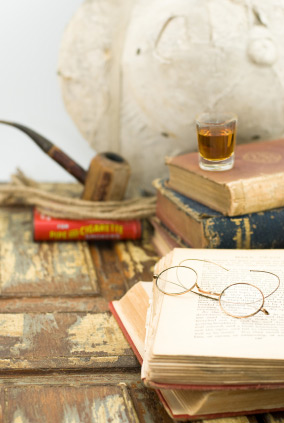 … You get the idea. If one of something is fascinating, two or ten of them simply must be even more so. I have a collection of collections, and am sure many of you could make similar lists. So, it only makes sense, being a pipeman, that I’ve got more than a little tobacco squirreled away.
There are quite a few blends in my catalogue, both current and retired, more than some blending houses, not nearly as many as others. I’ve got tins of almost all of them, usually from multiple vintages. And, having been cellaring tinned tobaccos for longer than I care to think about, I’ve also got quite a bit of older, classic blends. This gives me quite a range from which to choose when it’s time to open something interesting, so you’d think it wouldn’t be too difficult to find something to smoke, and usually, that assumption would be spot on. There are times, though, when nothing quite seems to fit. It’s like shopping for shoes, and finding that none of the styles appeal, and when a pair does catch the eye, it’s only available in black, when what I really want is oxblood.
Sometimes, this can result simply from the boredom of smoking the same thing long enough to just want a change, or from changes in the weather, since my preferences are often subject to the whim of the seasons. Other times, it’s just the contempt bred of familiarity that finds me searching for variety. It’s comforting attending parties with the same group of friends, but occasionally, the lure and the excitement of mingling with strangers overshadows the comfort. I’m fickle that way.
When this ennui overtakes me, when it’s gone midnight and the shops are closed, and the itch for a new smoke is unreachable, and this happens to me with far more frequency than I should admit, lest my sanity be called further into question, what’s a lad to do?
Naturally, I’ve got a full compliment of leaf at hand, in addition to all those tins of different blends, so you might think I’d just throw something together, but starting from scratch is time consuming, and sometimes as daunting as a white canvas in front of a painter with artist’s block. But, a bit of creative mixing, a little blending of blends can be the perfect antidote for my lassitude.
This is where the games begin. Tonight, by way of example, I wanted a break from the taste-testing of my latest prototype. When I’ve got something new in the works, it’s usually the only thing I’ll smoke for a few weeks, exploring its nuances, its subtleties, its relationship to different pipes, how it behaves at various times of the day, how it reacts to or stimulates the mood du jour. Tonight, I craved change, something rich with Latakia, but not heavy or heady. I had a few tins of different things open, but nothing called to me.
I grabbed the open tin of Meridian (there’s always an open tin of Meridian), one of aged Piccadilly, and my prototype. More by feel than by measure, I took pinches out, placing them on a sheet of paper; three of Meridian, two of Piccadilly, one of the prototype. As I mixed them, they began to speak to me. The richness and complexity of Meridian was sweetened a bit by the higher proportions of aged and young virginias, whilst the influence of the perique in the Piccadilly was reduced to a level not far above the threshold of perception, becoming more of a whisper from the audience than a supernumerary role in a full stage production of La Bohéme. When working this way, you can’t really remove something from the result, but can dilute it through the addition of other things.
Once well mixed, I filled a pipe and settled in for what I hoped would be an interesting, if not exciting smoke. 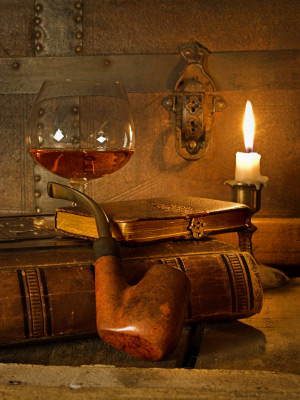 These little excursions don’t always go well; sometimes, they can be an unmitigated disaster. Two delicious things do not always good companions make—ketchup and chocolate biscotti, for instance, or Worcestershire Sauce and Coffee ice cream. A drizzle of an excellent balsamico over French vanilla ice cream, on the other hand, can be wondrous. With the blending of blends, things aren’t so much different. The key to success is in thinking about the overall flavour profiles of the different components, and combining them in a way that’s harmonious rather than discordant. And, of course, this can be a matter of taste. My own loathing antipathy towards the the very notion, let alone the actuality of so-called “Aromatic English mixtures” is well enough known by this point that my cringing reaction to the thought of mixing Lagonda with Captain Black would be unsurprising to even the casual reader, but another might find this combination the perfect prescription for the relief of boredom with the same old smoke.
It’s remarkable how much variety can be created with just a few simple ingredients. Even two blends with the same components, when mixed together in different proportions, can combine to create something dramatically different from either of its progenitors. One blend rich with orientals can amplify the Latakia presence of another blend, giving the impression that there’s more of the smoky stuff in the final mixture than there was in the original. Something with some burley can enhance the spice of the orientals in another blend in unusual ways. A perique heavy flake can tame a hot smoking bright virginia. There’s no end to the possibilities.
Sometimes, in my case, these little mélanges can stimulate a new blend idea, providing the inspiration for more detailed exploration starting from base tobaccos. Usually, though, they’re just a pleasant diversion, a little busman’s holiday that relieves some of that itinerant malaise. Tonight’s experiment happened to be a success, and the blend-o-blends was delicious. It’s not going to evolve into a new catalogue blend, nor one that I necessarily want to toss together again, but it was interesting, and most importantly, fun.
I encourage pipesters to experiment with their tobaccos once in a while, if only just to indulge in a whim. You don’t need to work with precision. A pinch of this. Two of that. Get wild. Let frivolity guide you. Take that wonderful palette of tins you have open, and play in the sandbox. Take notes. You won’t always like what you get, but you might have a great time playing, will probably learn a thing or two in the process, and you just might come up with something you really enjoy.
Your turn.
-glp