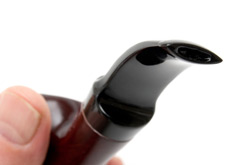 I’ve been smoking a pipe for about 30 years, now, and I’m starting to get the idea that I just don’t know how to do it. Seriously. It’s not that I can’t stuff tobacco into a bowl, get it smouldering, and even keep it going more or less until I get to the bottom, but I know there’s more to it than that, despite the choir’s sustained insistence that “it’s easy,” or that I’m “over-thinking it.” Let me ‘splain.

A few times in my early smoking life, I had some extraordinary and memorable smokes. The stars aligned, the planets converged into some harmonic resonance, my pipe and tobacco were on their honeymoon, and enlightenment was attained. Here’s an example:
Once, when I was relatively new to the pipe, a friend, another pipe smoker, but one with many more years of experience than I had at the time, filled a bowl for me with a tobacco he wanted me to try, an ancient English virginia flake that had been out of production since the time when George VI was on the throne, and was quite precious (though he had dozens of tins squirreled away). “I want you to have the right experience, so I’ll fill your pipe for you.” Like I didn’t know how to fill a pipe?
But, that bowl produced a remarkable interlude of smoky bliss for well over an hour. It lit easily, stayed lit without attention, and, most importantly, delivered an explosion of flavour with each engaging puff. I smoked it to the bottom of the bowl on a single light, or maybe two, and craved another bowl. It was unlike anything I’d ever experienced with a pipe. It was that good. 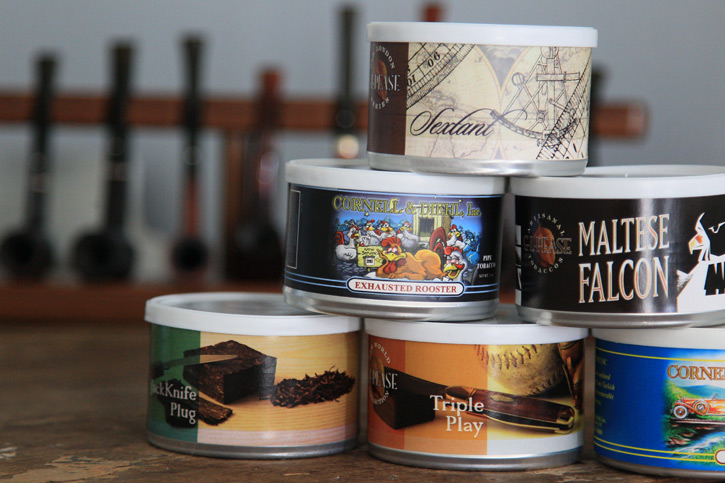 I seem to remember that, at the time, I consoled myself with the comfortable delusion that it had nothing to do with me, or my friend’s packing, and that it was simply the tobacco, and that magical harmony that plays out when a pipe and tobacco combination is found to sing perfectly together. It would have been nice had it been so simply explained, but it was not to be. He gave me the rest of the tobacco, which I smoked several times in the following weeks in that pipe and others, and never again had such a satisfying experience. Apparently, he was right. I didn’t know how to fill a pipe.
The bigger problem came a few weeks later when I asked him to teach me, only to discover that he’d been smoking for so long that he’d forgotten how he actually did it. When I enquired about his technique, how I could learn to achieve that smoking nirvana with some reliability, he could not explain it to me. He could do it without thinking, and I could watch him do it, but he could not express in words the steps he took, how much tobacco to use, how much pressure to apply. It’s perfectly understandable.; after we’ve been doing something for so long, we easily forget what it was like to not be able to do it, and challenges of learning the steps taken as we developed the skill. Try to explain to someone how to walk; it’s much more than just putting one foot in front of the other and repeating the steps on the other side. Most of us do it effortlessly, thoughtlessly every day, but watch a baby move from crawling to toddling to walking, and we can glimpse something of how difficult the process of this experiential learning is. Pipe smoking may not be quite as complicated as learning to walk, but it’s certainly not as easy as it appears in those old black and white films where we see men casually dipping their pipes into jars or pouches, stuffing them haphazardly with tobacco, and lighting up with a flourish of match-flame and a staccato of assertive puffing, accompanied by the inevitable vast clouds of impenetrable smoke.
Then one day, a tobacconist friend, a pipe smoker for much longer than I’d been, and someone I considered something of an expert, rang me to ask me how I packed my pipes. I felt a little silly telling him that my technique was no technique. “I don’t pay any attention to it. I just stuff tobacco in the chamber, press it down a little with my thumb. Just like in the movies. Why?” Apparently, he had a customer who was asking him how to do it, and he wasn’t sure how to explain it. Put one foot in front of the other, repeating the steps on the other side. (I do remember the old advice about filling with three pinches, the first pressed with the hand of a child, the second with that of a woman, and the third and final pinch with that of a man. Perhaps its metaphorically clever, but it’s pretty meaningless in any real sense, and I wasn’t about to quote that overwrought cliché to someone I actually liked.) That call should have been a ringing alarm, but I apparently hit the snooze button without waking. 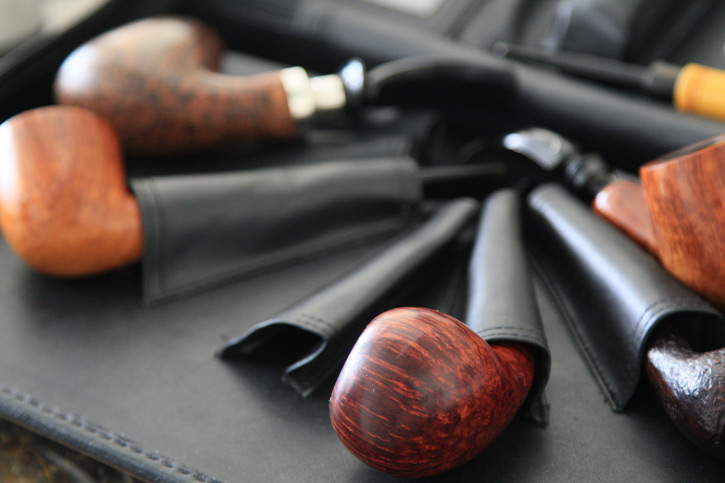 The experience with that virginia was quite a while ago, and I’d like to think that I’ve learned a few things since then, but I’m not sure that’s the case. I do remember, after that time, becoming somewhat more considered in my approach, even ritualistic about the preparations, and took almost as much enjoyment in the selection and filling of a pipe, and in the cleaning of it afterwards, as in the smoking itself, but over time, I became increasingly careless, hurrying the process, missing out on the preflight pleasures, and the post-smoke care-taking. I treated my pipes simply as reliable, compliant objects, and didn’t always lavish upon them the care they deserved. At some point, the more finicky of them began to become demanding, exhibiting contempt for my increasingly casual familiarity, and I’d either trade them away, or put them in the rack, ignoring them in favor of the more easy-going ones. Soon, I found myself blaming the pipes, or the tobacco, or the weather for the difficulties in my relationships to these briars, for their harsh or sour smokes, and blindly carried on, enjoying the occasional great smoke, and grumbling to my local barman about the bad ones. It could not, after all, be me. It went on for years; I’d hit the snooze button again.
Recently, however, I’ve found myself again becoming more serious about the pipe’s care and feeding, taking more care, focusing more on the entire process, and learning, once again, how to get the most out of the experience. Every tobacco and every pipe is different, and needs to be explored in order for them to deliver their best. Some pipes, what my friend Fred Hanna calls the “Magic Pipes,” seem to taste and smoke great no matter what they’re filled with, but I’m still convinced that if they’re not taken care of, their magic will soon fade.
Packing the pipe isn’t just about keeping it lit or burning the tobacco to pure ash. A properly filled bowl delivers a smoother, sweeter smoke than one casually stuffed. It turns out this old dog might still learn a few new tricks. I’ve been paying more attention, putting a little extra time and effort into the whole of the experience, preparing my tobacco more carefully, filling the bowl evenly, gently at first, then more firmly towards the top, taking care to ensure there are no clumps or tight spots, lighting gently, and tamping very softly, and only when absolutely necessary for relighting. So far, the results seem promising, and I’m getting even more pleasure from my pipes. One foot in front of the other, repeating the steps on the other side. Maybe in time, with a little more practice, I’ll get the hang of this thing after all.
Your turn.
-glp