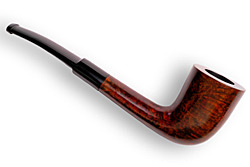 I knew a guy whose pipes all had little grey, rectangular tags dangling from their shanks by thin white strings, each one showing the date of the last smoke, what was smoked, and a number and letter grade reflecting an overall rating of the experience. Once he’d hit upon the "right" mixture for a given pipe, it would be dedicated to that blend until either eternity’s clock stopped ticking, or the world ran out of the tobacco. There was a little notation on the hanging tags for that, too. It was a strange and almost macabre scene, like a gallery show of the tags encircling toes of the most recent unknown members of the choir invisible, having anonymously checked in at the county morgue. Something about it, too, seemed clinical and overly forensic. Dunhill LB Shell #3, laid to rest after a bowl of Stonehenge, 13 November, 2002, B+4.

As I got to know this guy, I began to understand that his obsession was not so much a disorder as it was part of the deep pleasure he derived from his pipes. He kept cases of pipe cleaners of all types—bristle, fluffy, thin, long, short—cleaning his cherished briars with care after every smoke, occasionally buffing or waxing, and inspecting with lights and loupes and scopes to ensure he didn’t miss anything. It was a relaxing ritual for him, a time of respite from his otherwise harried life, and his pipes remained immaculate, pressed and starched, waiting patiently in their stands for him to call them into duty for his next pristine smoke.

In contrast, there was an old fellow who predictably came into Drucquer & Sons’ every two weeks for two 8oz tins of Blue Streak at Midnight, the most syrupy, intensely sweet aromatic carried by the shop. He’d arrive on schedule, clenching one of his few old pipes between his teeth, its bowl encrusted by years of tar and soot and ash that had erupted from its depths, boiling over the side like lava, giving the thing an appearance more like pumice than briar. He’d hammer the helpless thing on the cork knocker in the ashtray on the counter, the dripping dottle only reluctantly releasing its hold to fall out in a smoldering lump, and he’d run a single pipe cleaner down the length of the shank, withdraw it, and fold the now blackened thing in half, tossing it atop the souring remains of his last smoke. He’d request his two tins, ask for one to be opened, fill his bowl from the sample jar, pay for his purchase, and quietly leave. As soon as he was clear of the front door, whoever was closest would scramble to the ashtray to rid the shop of the foul mess before environmental remediation was necessary.

I once offered the old guy a bundle of pipe cleaners, on the house, which he politely declined. “No, thanks. Don’t need ’em. I just use one when I come in.” I offered him samples of other blends he might find enjoyable, but which might leave his pipes a little less distressed. He wasn’t having any. He knew what he liked, and was completely content.

It seems impossible to imagine two more different pipe smokers. One, fastidious with his briars, the other indifferent. One, an explorer, sought ever new pleasures, new combinations of blend and briar that would seduce his gustatory delight, the other, having found satisfaction in a single tobacco and a few old pipes, had no desire to leave the comfort of home. Yet a single thread tied both of these men together with an un-disentaglable knot; they each enjoyed the hell out of their pipes. 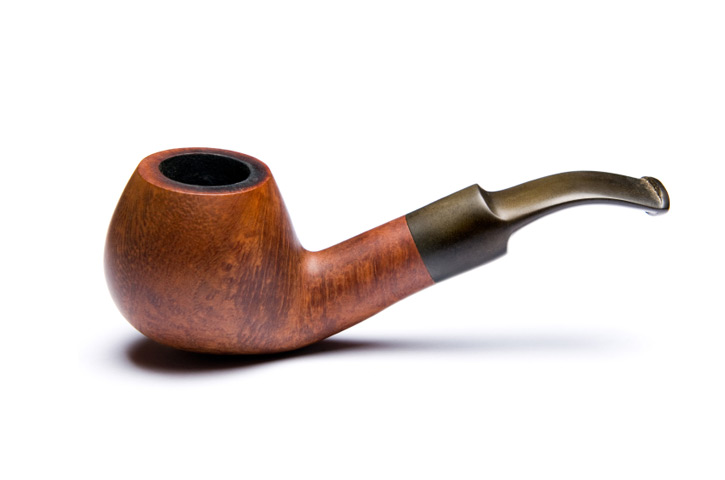 No matter where each of us may be along our respective trajectories, from budding tyro to masterful veteran, there are lessons to be learned from each of these guys. From one, we grasp the idea that exploration can be exciting, that finding that special synergy between a given pipe and tobacco combination is well worth the time and effort invested. There are magical moments to be experienced, and when they happen, it’s a truly wonderful thing. (For me, this is part of what drives me to constantly create new blends, to experiment with different pipes.) The other reminds us that there are times when the satisfaction of a comfortable smoke, one not steeped in the complications of analysis, can be its own reward. The first approach is fishing to catch something; studying the tides and temperatures, researching what’s biting and where, and being armed with an impressive regiment of flies, lures, baits and the perfect rods and reels for the job. The other approach is just a relaxing day of fishing.

Pipe smoking is a mysterious thing. Superficially, it seems simple enough; fill a bowl with shredded leaves, apply some form of fire, and puff away to flavorful bliss. But, ask 100 pipe smokers about almost any aspect of pipe smoking, whether it’s tobacco selection, what makes a good pipe, vintage or contemporary, long or short, straight or bent, classic or modern, sandblast or smooth, tapered or saddle, conical or cylindrical, or how best to pack or clean a pipe, or break in a new one—even something as mundane as whether it’s best to use match or lighter—it sometimes seems that there are at least 101 answers. It gives us a lot to talk about. As a group, we do seem fascinated with discussions of minutiae, and if we look through the pipe literature of the past and present, there’s no shortage of evidence of this. For as long as there have been pipes, there have been at least as many ways to enjoy the smoking of them as there have been smokers themselves, and for many of us, those conversations are undeniably part of our pastime’s deeper pleasures. But, sometimes, perhaps, those vanishing points, as fascinating as they might be, can get in the way of the real reason we took up the pipe in the first place. More than once I’ve been told by someone wiser than I, “You’re over-thinking it. Just smoke the damn thing and enjoy it.” It’s good advice, reminding me that sometimes, it might be best to take a page from the old guy’s book and just go fishing.

Whether a smoker has a rack of cobs, enjoying the steady and reliable companionship of a single favorite, readily available tobacco, or an elaborate cabinet displaying a collection of fanciful briar sculptures, taking exotic smoking journeys from a cellar filled with irreplaceable vintage tins, the pleasure found in their respective smoking is the only thing that truly matters.

Indulge your pleasure, in whatever form it takes, and find equanimity in the knowledge that for others, it might be quite different. Smoke what you like. Like what you smoke. That, and not getting too mired in the details, is really all there is to it.
Your turn.