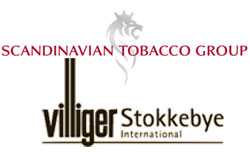 It’s almost like a high-profile, celebrity-marriage break-up … or love-triangle kind of story … at least to pipe smokers. The immensely popular and historied Peter Stokkebye Pipe Tobacco line will ironically no longer be marketed by the US company sharing the same family name—Villiger-Stokkebye International. Starting April 1, 2012, Lane Limited of Tucker, GA will be the new U.S. distributor for Stokkebye tobaccos, as well as most of the other brands formerly distributed by Villiger-Stokkebye. These include: Orlik, W.Ø. Larsen, Stanwell, Erinmore, Escudo, Balkan Sasieni, Skandinavik, Sail Tobaccos, and Troost Tobaccos.

The Stokkebye family’s roots in tobacco can be traced as far back as the early-1880s when Erik-Peter Stokkebye became a cigar roller and opened his own retail shop in Odense, Denmark. In 1886, he bought out seven small tobacco manufacturers of cigars, pipe tobacco, and chewing tobacco to bring them all under one roof. Erik-Peter’s son, Erik-Poul worked in the tobacco business starting in the early 1900s—in Sumatra, Indonesia. He started by learning growing, fermentation and packing, and within four years was promoted to Inspector. In 1925, he moved back to Denmark and joined the family business. He eventually started his own company; the Erik Stokkebye Tobacco Co. It was around 1945 at the end of World War II, that Peter Stokkebye, (for whom the modern Stokkebye tobacco line is named) at only 15-years old, began to apprentice in the tobacco business. The Erik Stokkebye Tobacco Co. was later sold to Gallaher Tobacco Company of England, and became a subsidiary run by Peter Stokkebye.

In 1974, Peter decided it was time to run his own company again, and he started the Peter Stokkebye Tobacco Company. In 1977, a U.S. distribution center was established in South River, New Jersey. Peter’s oldest son, Erik, joined the family business in 1987 as a fourth generation member who earned a reputation as a sales and marketing expert, after apprenticing for many years in the tobacco business. Erik Stokkebye became President of Peter Stokkebye International, a division of Orlik Tobacco, in 1999. He has been the President of Villiger-Stokkebye International in Charlotte, North Carolina for the past 12-years.

Pipes Magazine spoke to Erik Stokkebye and Lane Limited about the surprising changes in distribution and to find out what the future holds.

Villiger-Stokkebye would only speak off-the-record at this time, and has decided to defer public comment until a later date.

With over 130-years of the Stokkebye family-name being in the tobacco business, but we do anticipate future news. Watch for it to break with Pipes Magazine at a later date. One small item that we can confirm is that ownership of the Villiger 1888 pipe tobacco line will remain with Villiger-Stokkebye.

[Editor’s note: Scandinavian Tobacco Group (STG) has owned the Peter Stokkebye brand for many years, and licensed the product distribution in the U.S. to Villiger-Stokkebye. In January 2011,STG purchased Lane Limited from Reynolds American. So, these changes are a way to keep everything under one roof … at least in the case of the products listed at the beginning of the article. STG also owns General Cigar, which among other products, distributes CAO and Dunhill pipe tobaccos. STG produces an immense portfolio of pipe tobaccos that go through a few different channels. We are only concerned here with the products that Lane Limited will take over from Villiger-Stokkebye.]

We spoke to Leonard Wortzel, Brand Manager for Pipe and RYO of Lane Limited. 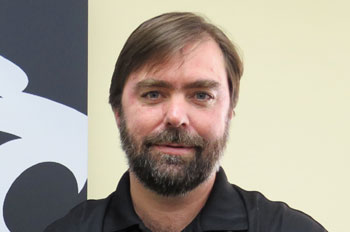 Leonard W., Lane Limited; "Let me start off by saying that Peter Stokkebye sold the brand name ‘Peter Stokkebye’ to STG many years ago. That brand name was then licensed back to Stokkebye for exclusive distribution here in the U.S.

PipesMagazine: Villiger-Stokkebye sold these tobaccos directly to retailers, and Lane typically has a 2-step distribution. Should consumers expect any changes in availability and pricing? What about retailers? How will they order the products now? Do you feel you will be able to offer the same support to specialty retail tobacconists that they have relied on in the past?

PM: What is the scope of the arrangement, and what is the territory covered?

LL: We are responsible for these brands and blends in the U.S.

PM: Whenever anything changes with a pipe tobacco blend, whether it be a change in packaging, or distribution, there usually tends to be a consumer perception that the blend itself has changed, and usually, not in a good way. What will be changing, if anything, and what will stay the same? Will there be any discontinued products? What’s the good news for the retailers and consumers?

PM: When will you start shipping?

LL: We start shipping to wholesale on April 1 (no kidding!). It usually takes a week or two after that for the product to hit retail, so any out-of-stock issues should be resolved by mid April.

A final note: The Stokkebye brand name and family have been an integral part of the STG family for many, many years. Peter Stokkebye and Erik Stokkebye have been fantastic partners, and the passion and knowledge they brought to the industry is something that I think all U.S. pipe smokers have to be thankful for. Taking over the stewardship of the portfolio they helped foster is not something that Lane Limited (or that I personally) take lightly.—Leonard Wortzel, Lane Limited.

Lane Limited’s (and formerly Villiger-Stokkebye International’s) distribution agreement was / is exclusively for the U.S.A., however, it appears some changes are afoot for the Canadian Market as well.

"Scandinavian Tobacco Group (Canada) is expanding it’s line of luxury tobaccos in Canada. According to the information I received from them they’ve expanded their catalog with the following:

I thought I saw something about them carrying the W.O. Larson lineup here too, but I can’t find that flier…if I find it I’ll let you know.