Pipes Magazine Exclusive: Erik Stokkebye is Back in the Tobacco Business 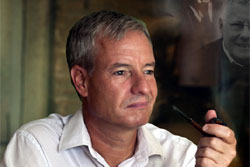 You may remember earlier this year when we reported on the Stokkebye, Lane, STG Shake-Up, which left Erik Stokkebye out of the business he had been in his entire life. Well, now he’s back, and he spoke exclusively to Pipes Magazine. Erik remains in his home state of North Carolina, but he is working with California-based Phillips & King, the largest importer / wholesaler of tobacco products in the U.S. Together, they are marketing Stokkebye’s new line of premium pipe tobaccos aptly named: 4th Generation.

4th Generation consists of 4 blends: 1957, 1931, 1855 and 1897; named after the birth years of Erik, his father Peter, grandfather Erik Paul and great grandfather Erik Peter, respectively. Each of these four generations had a great impact on the family heritage in the tobacco business. The blends consist of 2 mild and aromatic mixtures, one outstanding navy flake and an all mature Virginia blend. According to Erik, "The selection was carefully analyzed and selected based on my family’s passion for exquisite and unique pipe tobaccos."These high quality, premium tobaccos will strictly come in large 100 gram tins with a suggested retail price (before state excise tax) of $15 – $18. They are being produced in Denmark at an undisclosed location.

The tin art and blend descriptions are shown below. Following that is a brief interview with Erik Stokkebye with some additional information about the tobaccos. 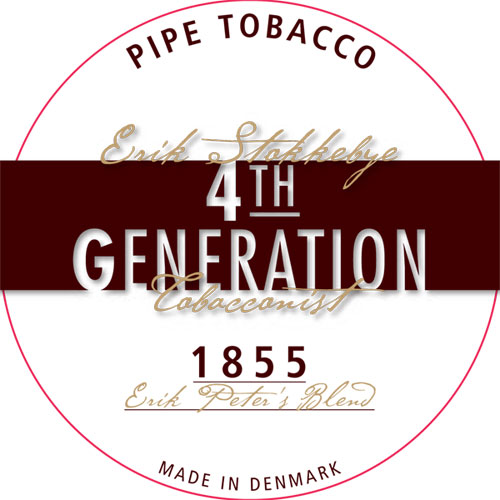 Erik Peter, my Great Grandfather, founded our family’s tobacco business in Denmark and was known for his deep passion for natural tobacco flavors. Truly for the experienced pipe smoker, 1855 is a ready-rubbed blend of exceptional golden, mature Virginia tobaccos that demonstrates the natural sweet Virginia taste and its pleasant aroma. 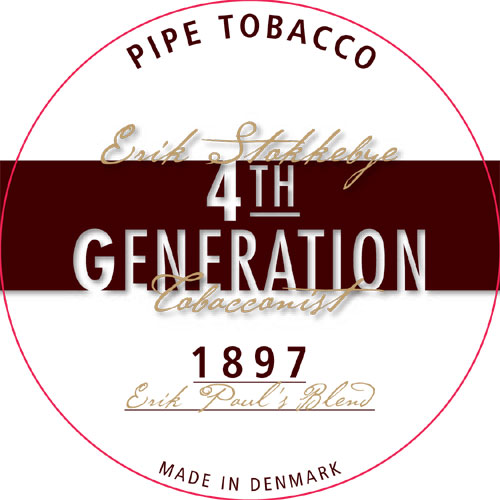 Erik Paul, my Grandfather, was an entrepreneur and collector who loved to travel and experience many things. The 1897 blend is a colorful combination of light, golden Virginias, bronze Burleys and a touch of Black Cavendish. The base of rich vanilla combines with notes of mild, sweet honey for a gentle aromatic sweetness. 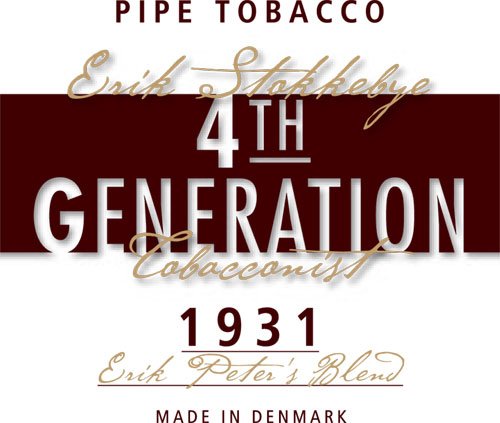 Erik Peter, my Father, was a larger than life person, full of energy and passion for his craft. His favorite tobacco was navy flake, and this full-bodied smoke is a perfect example of his passion. It strikes a natural balance in the distinct characteristics of superior Burleys and mature Virginias by using a small measure of Black Cavendish to please true flake lovers. 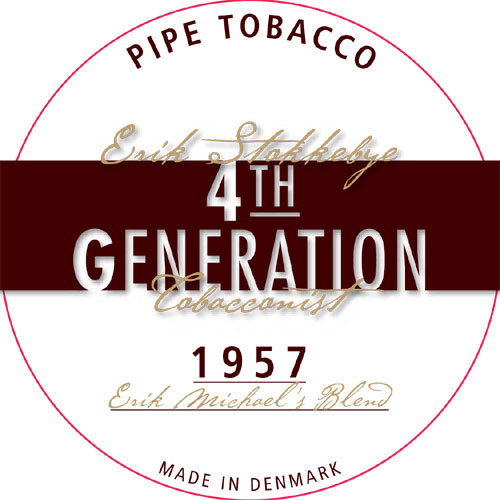 My personal favorite! Bright Virginias, light brown Burleys and a touch of Black Cavendish combined to create perfect harmony in this blend. A naturally sweet tasting blend, the soft, creamy vanilla adds to the elegant room notes. Perfect for a relaxing moment any time of the day.

We spoke with Erik via telephone as he prepared to travel to Orlando Florida for the IPCPR show, which is the largest trade-only tobacco show in the world.

Pipes Magazine: You’ve been in the tobacco business your entire life, and for decades you were the steward of your father’s popular blends. After all these years in the business, how does it feel to finally introduce blends that you have created yourself?

Stokkebye: I actually did have input for my father’s blends at the time, but now the 4th Generation tobaccos are the first with the Stokkebye name that I have solely created. It is of course, very exciting for me to have the opportunity to do something on my own. I have been working on them for quite awhile. The quality of the tobaccos is top-notch, and I think they’ll do well in the market.

Pipes Magazine: Can you tell us more about the recipes for each blend, such as country of origin of the different tobaccos, and any other special processes, such as aging, and also the Cavendish tobaccos base tobacco?

Stokkebye: I’ve worked with our tobacco suppliers very closely in developing this. The 1931 flake, which is a tribute to my father, is primarily U.S. Burleys, Mature Virginias, also from the U.S. and a little bit of Black Cavendish. It’s a dry smoke, natural smoke, in the tradition of what my father liked best: Navy Flake.

Pipes Magazine: The 1931 Navy Flake, aside from the tobaccos and the pressing, is there something more added to produce the navy flake flavor, such as rum for example?

Stokkebye: No. It’s an all-natural blend. There are no additives in terms of flavoring.

Pipes Magazine: The 1855 blend that is all natural Virginias, part of the description reads; "Truly for the experienced pipe smoker" – what does that mean?

Stokkebye: It’s an all-Virginia blend with very mature flue-cured tobaccos. There are a lot of natural sugars, and it is relatively a bit higher in nicotine. It’s a little bit stronger, but also has the natural sweetness of the mature Virginias. It’s not for someone just starting out smoking pipe tobacco. It’s for somebody that likes a nice full Virginia smoke.

Pipes Magazine: The two aromatics, 1897 and 1957 – both have Virginia, Burley and Black Cavendish, and a vanilla taste as similarities – how are they different from each other?

Stokkebye: The 1897 has more Black Cavendish in it. It has more sweetness in terms of the vanilla flavors, and it is a little bit milder. The 1957 has more Virginia tobaccos, and is a little more creamy.

Pipes Magazine: Is the Black Cavendish a Virginia or Burley base?

Pipes Magazine: What’s the difference in smoking experience between a Virginia Cavendish and a Burley Cavendish?

Stokkebye: A Burley Cavendish is going to be drier, lower in sugars, and stronger in nicotine. A Virginia Cavendish has more natural sugars, and depending on which grades of leaves are used, it can be milder, but it would be a little stronger if a mature Virginia is used.

Pipes Magazine: The press release says the blends will be available late fall. Can you give us a more specific availability date?

Stokkebye: We’re hoping for late-October. We’re still working out some slight details in terms of the labeling, but we should be pretty close to that.

Pipes Magazine: The 4th Generation blends are in 100 gram tins, which is a larger tin – what will be the suggested retail price, and will you also have bulk versions available at some point?

Stokkebye: The suggested retail, before local and state taxes is $15 – $16 per tin, and the navy flake will be a little bit higher because the process of producing it is more expensive. It will be in the $18 – $19 range. As far as bulk, not at this time. What I would rather do is work on some new blends for introduction next year. So for now these will just be in the tins.

Pipes Magazine: The 4 initial blends in the line include two aromatics, a navy flake, and a blend of natural Virginias. Each one is based on what each of the family patriarchs liked to smoke themselves. How soon can we expect blends in the styles of English, Oriental, Balkan and Virginia / Perique to be added to the line?

Stokkebye: We will probably have one or two more blends next year. One will most likely be an English-type blend, perhaps with some Perique, but that’s not decided yet.

Pipes Magazine: With the importer / distributor Phillips & King backing the product line, I imagine distribution will be broad and the tobaccos easy to come by for consumers?

I’m excited about this project, it’s a lot of fun, and I’m looking forward to hearing what pipe smokers think of the tobacco blends. Hopefully they’ll like it. 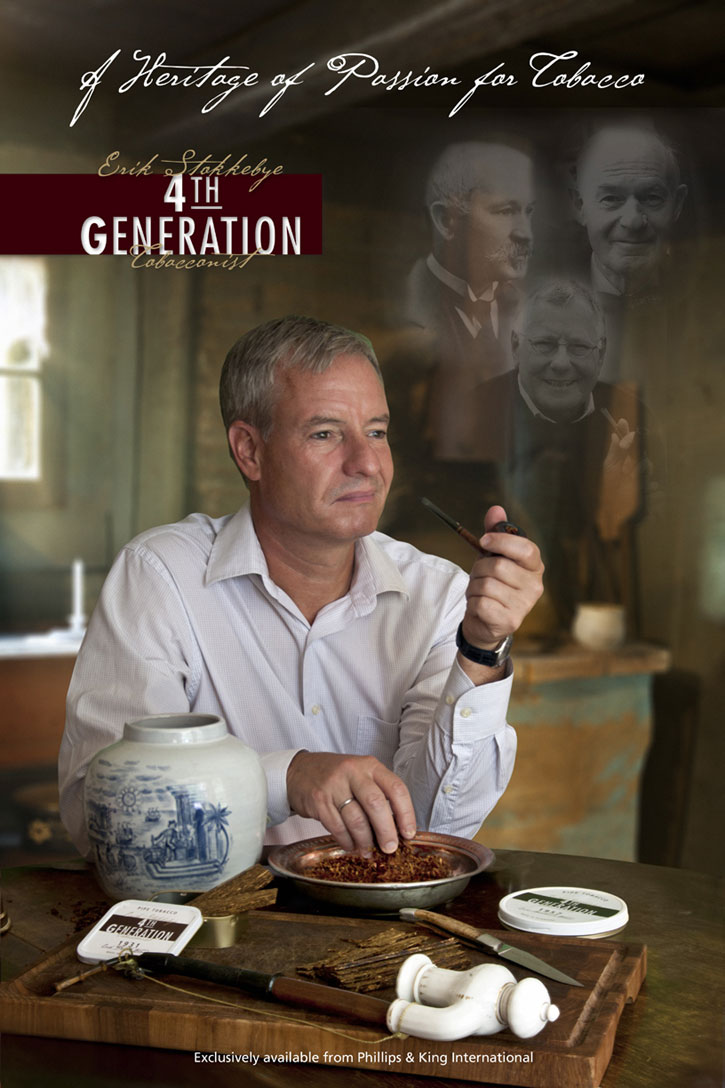