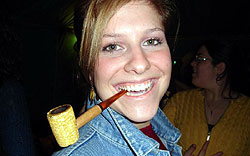 Corn Cob Pipes have many, many fans, probably way more than anyone knows. Of course, there are also those that treat the lowly corn cob pipe as if they were the Rodney Dangerfield of pipes … they get no respect. However, the history of corn cob pipes dates back to 1869 and over 3,000 are produced on a daily basis. Back in September 2009, we published the story of the Missouri Meerschaum company, the sole producer of the original corn cob pipe [Corn Cob Pipes, The Making Of at Missouri Meerschaum], which included photos showing the step-by-step process of how they are produced. Now, we have been granted the exclusive rights to re-publish a fascinating video originally produced by Aaron Mermelstein and published on HEC TV.

What many people do not know is that a special hybrid breed of corn is grown solely for the purpose of making corn cob pipes. This is why the recent cheap Chinese-made knock-offs do not work, and burn through the bottom after the first smoke. Missouri Meerschaum is also a vertically-integrated company. They own the farms and grow all of their own special hybrid corn to make their pipes. Of interesting note, when you watch the video, the narrator speaks of them having a 3-year supply of corn cobs. However, when I spoke to Phil Morgan, the owner of Missouri Meerschaum last week at the “St. Louis Pipe Show” (officially the “Gateway Area Pipe Show and Swap”), he told me that they are just barely able to keep up with their orders.
Thanks to HEC TV for granting permission to re-publish their video. Fill up your Missouri Meerschaum Corn Cob Pipe, light ‘er up, and then press play on the video below.
[HTML1]
This video was originally published on HEC TV on February 18, 2011 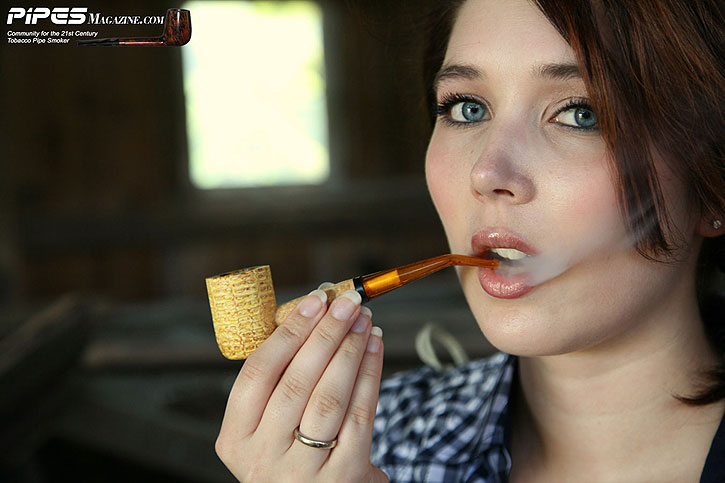 You can buy the pipe Chelsea is smoking here

Twain and His Creations Arrive in Corn Cob Fame

Corn Cob Pipes, The Making Of at Missouri Meerschaum