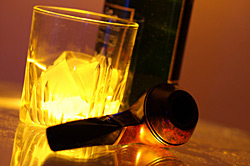 Anybody want to guess what I’ve been up to over the past couple weeks? New product releases are always fun, exciting, scary, and often a little frustrating, as filling the pipelines takes time, and everyone, including me, gets impatient with inevitable early shortages. It takes time to catch up, but it eventually happens; that’s all just mechanics. What’s the scary part? Waiting for the reactions. As with any performance, the early reviewers and critics can either bolster the performer’s joy, or make mincemeat of their sometimes fragile confidence. As a blender, it’s not me who is on stage, but the script that I wrote, the production I directed. So, it’s pins and needles time as I sit sheepishly in the back of the hall and the spotlight falls on the new blend. It will be that way for a while, until the audience either applauds or gets up en masse to leave the theatre and I hide under my overcoat. To take my mind off it, I could either drink heavily, or dip into the mailbag and see what interesting questions wait to be found. I’ll choose the latter. For now. Let’s get started.

The Great Kevin, Leader of All Kevins writes: Dear Master of the Universe, I once knew a guy that kept his cigars in the refrigerator. I think this is a bad idea as the low humidity is not good for the preservation of the cigars. What is your opinion on storing pipe tobacco and/or cigars in a wine cooler? How about the refrigerator?

A: This is a joke, right? Leader of All Kevins? You’ve got to be kidding. The preponderance of Kevins is getting just a bit out of hand. The only reason I’m taking your question at all seriously is because of the fealty you exhibited by addressing me with my proper title. Cigars in the refrigerator is just a silly notion. If it were good for them, the cigar companies would install vast walk-ins for their storage. I’m sure some of the workers would appreciate being able to nip in for a little respite from the hot tropical clime, but it wouldn’t do the cigars much good. Refrigerators make things cold, but they also dry things out, which won’t do much to improve the smoking quality of any fine tobacco product. As far as pipe blends go, keeping your tins in a cool, dry place is a good idea, certainly. You don’t want to cook them, or have the tins get rusty, right? As long as the tins are sealed, their contents will remain moist and delicious indefinitely, but once opened, the tobaccos will behave just like cigars, getting cold and dry in the fridge.Now that I think about it, my guess is that you’re just trying to show off that you have a wine cooler. Keep the cigars in your underwear drawer, and your pipe tobaccos in a closet.

A real Kevin asks: Are some tobaccos better for pressing and others not so much, and if so, why?

A: An interesting question. There are a couple things to consider. First, there’s the mechanical process of pressing the leaf, and getting it to stay together without resorting to binders. It’s not a matter of better or worse, here, but a matter of difficulty. VIrginias, largely owing to their high sugar content, are a piece of cake, so to speak. They take well to being pressed, and hold their form well. Leaf with a lot of natural oils, like Latakia and some orientals, have to be layered carefully, or the cake won’t hold together well. Other tobaccos, like burleys, can have a long "memory," and require either more pressure over a longer time, or more moisture to flatten out and retain the new form. When I did JackKnife Plug, I designed the pressing protocol to put the darker tobaccos in the center of the blocks, forming a dark core with the lighter leaf surrounding it. It worked out really well. Triple Play, on the other hand, was a miserable failure with the same technique. The Perique didn’t want to cooperate, so I had to change the layering strategy to accommodate it. 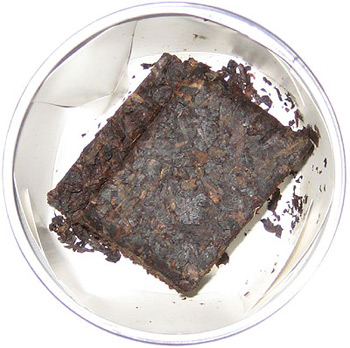 As for the transformation that takes place during the pressing, and in the cakes themselves, that, too, has different outcomes with different leaf. Virginias, once again, rule the roost. Their natural sugars and characteristic flavors behave beautifully under pressure. Latakia softens a bit, burleys become even more chameleon-like, taking on the characteristics of neighboring leaf even more dramatically than if just blended in ribbons. I don’t notice much change out of Perique. By the time it’s been processed, living its life in screw-pressed barrels for up to 18-months, it’s not likely to change dramatically, but the squeeze will encourage it to give up some its juices to the other leaf in the cakes, and cause it to integrate more quickly and more fully in the overall blend.

Really, every formula will behave a little differently in the press, and some experimentation is always necessary to get things where I want them to be at the other end of the process. My goal has always been to design the process to match the blend, and avoid the use of gums or added sugars to keep things together. It’s one of the reasons my flakes and plugs are not as hard as some, but I prefer the way they smoke this way.

Eamon asks: Hello I’d like to ask have you any idea were a fellow pipe smoker could find some Condor bakky in the U.S? Any info would help. Thank you.

A: I don’t believe Condor is imported into the US, so you’ll have to find a UK stockist willing and able to supply you, which is becoming increasingly difficult as credit card processors have put more and greater restrictions on tobacco sales to the US. If any readers know differently, please enlighten us in the comments section below.

Another great query from Arno: On the Dutch forum we are having a discussion about the aging of aromatic tobaccos. A first I said that the used aromas have nothing to do with the aging process. It is all about the used tobaccos. You know, a lot of Virginias? The blend will improve by aging. A lot of Burley? The mixture will pretty much stay the same. But now I am having some second thoughts; do the sugars of the aromas do anything with the tobaccos when they age? So my question is: do the aromas that are used in a blend affect the aging process?

A: It’s a complicated question, Arno. In some cases, the really heavily sauced aromatics that are popular in the US, things probably aren’t likely to change much over time. These tobaccos often have quite a bit of Propylene Glycol in them as a humectant and carrier of their aromatic oils, and are mostly burley based, a sort of double-whammy when it comes to the finer subtleties of aging. In my own experiments with them, they’ve seemed pretty stable over quite a long time frame, the biggest change being some degradation of their aromatic characteristics. As far as burleys go, it’s not quite true that they don’t age, though they do so differently from virginias. Burleys become mellower over time, losing some of the astringency they can present when young. And, as I’ve often said, they have a sort of chameleon-like quality in that they take on the taste and aromas of the tobaccos that surround them over time, so their presence often becomes less noticeable as an isolated characteristic of the blend, instead, adding body and weight to the smoke, which can be a good thing.

As you suspect, a blend that is predominately based on virginias or other leaf that’s known to age well, with sauces that are delicately applied, and more natural flavorings, will still experience significant change due to long-term aging. 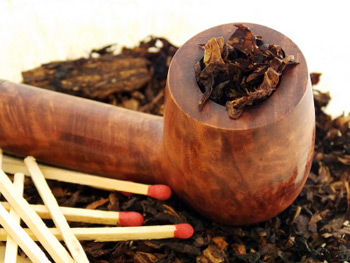 Another consideration is whether or not the aromatic components overshadow the tobaccos natural taste. If it does, the nuances gained during the aging process might be lost in the noise. Further, some aromatic components can degrade or change over time, so what you find in that tin five years hence may not be as pleasing as it is today. I think the best strategy would be to smoke heavily sauced aromatics in their youth, and devote the cellar space to more natural blends with fewer additives.

From David: Hi Greg: what’s your take on dumping out ash mid or lower bowl just when a tinge of foulness may be setting into the smoke? I hear conflicting advice. Alfred Dunhill (of happy memory) said to dump; that the bowl then freshens. Others say not to dump; that it will disturb the layer and chemistry of the tobacco bowl. Any clear ideas here? And what would be the best way to dump, anyway?

A: Largely, it’s just a matter of personal preference. I tend to leave the ash alone, only delicately tamping when it’s time to relight the pipe, but there are some tobaccos that produce so much ash during combustion that this becomes impractical. In those cases, I’ll just lightly spill out the ash, tamp, and begin again. I haven’t really noticed much of a difference, other than the fact that it’s much easier to re-light the bowl without an inch tall layer of fluffy ash over the top of the unburnt tobacco. I can’t imagine dumping the ash to "freshen" the bowl, as there’s really nothing left in the ash that would contribute much in the way of taste or aroma to the smoke. But, there might be some argument to be made for dumping the ash as a way of helping to control combustion. A thin layer of ash will keep temperatures lower, which is a good thing, but too thick a layer could result in puffing harder to keep the tobacco smoldering, resulting in a harsher smoke. So, maybe Alfred was onto something. I’d say try it both ways, and see what works best for you.

The best way to dump the ash? Very gently. When I find it beneficial to do it, I just tip the pipe over an ashtray, and let any loose ash fall out, then tamp and go. Once the bowl is properly packed and well established, you don’t want to do anything other than the occasional gentle tamping to disturb the integrity of the unburned strands’ structure. Messing with it too much can result in plugged regions that will make it difficult to keep the bowl lit, and you increase the risk of the rather unpleasant experience of "sucking ash."

That’s it for another episode. I’ll go hunt down a martini and look forward to more questions for next month’s folly. Keep those cards and letters coming, boys and girls.
-glp