Zen and the Art of Capitalized Titles

I had a couple of corrections to make to a post, and then realized there were a bunch of other titles that also weren't capitalized. Most of these were from some of our newer forum members who might not be familiar with the dreaded Rule #9.
The whole purpose is to give us a nice, clean consistent look...and for at least this moment in time, all the thread titles are PERFECT! If you're not familiar with this one- it's in the Forum Rules-
Spelling, Punctuation and Grammar
9. In order to maintain the quality of our forum and facilitate communication, it is the policy of PipesMagazine to encourage the use of standard spelling, punctuation and grammar.
Members are requested to proof read their posts before submitting them. Please capitalize words in the thread titles.
You may be contacted by moderators and asked to reword posts that we deem too difficult for many to read. If there are repeated violations that appear to be due only to laziness, you run the risk of having posts deleted or being submitted for moderation before appearing on the forum.
A list of common abbreviations and acronyms may be found at http://pipesmagazine.com/forums/topic/terminology. We can add to this list, but if you use new or obscure acronyms, please GUAH (Give Us A Hint).
British-English spelling standards are acceptable as well as American standards.
Perfect grammar is not required. We encourage everyone to do his or her best. Allowances will be made for those for whom English is difficult.

The point (I think) is appease the web gods to keep PM forums in the top responses to Google searches. So, as digital rules may be different than more legit rules of languages.

so... "Capitalize the first letter of every word."

"Capitalize the first letter of every word."
Click to expand...

Got it...loud and clear.
More than willing to do my part 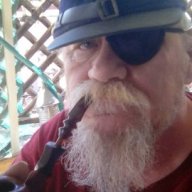 Um...if dyslexic is it okay to just capitalize the last letter of each word? Just asking, ya know.

Um...if dyslexic is it okay to just capitalize the last letter of each word? Just asking, ya know.
Click to expand...

http://titlecapitalization.com
For those who have issues

I believe Kevin relaxed the initial "caps" rule to now include the rules as set out in various print medium "style" books. For what it's worth I use the Chicago Tribune Manual of Style. Only because my wife came with one. There are others. Most major newspapers have them and some are available on line.
Simply stated, it's the rules we learned in English speaking schools (sixth, seventh grade?) with the usual differences between American English rules and English, as in Great Britain, rules, etc. I can't speak to countries such as those which write right to left or with different character sets or alphabets, etc.

I'm feeling all warm and fuzzy now that this thread happened. My tongue hurts from having to bite it so much. :wink:

my name is e e cummings and i think that's a terrible rule designed to repress artistic expression
. 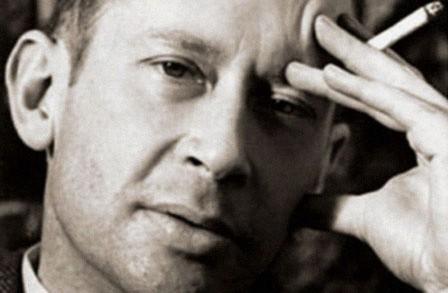 Watch it George, your rebel is showing. :rofl:

i say, g d, wasn't there a guy who left us summarily when the rule was pointed out, iirc?

Yup, that rings a bell. Now there was a REAL rebel. :crazy:

I try to capitalize my titles. Sometimes I typo, though. Oh well.

Some kind soul sent me a web article that said that search engines don't care about caps.
More important is using good, solid and accurate tags to get more hits, which I think is what Kevin would like.

Ok ok ok, I've made a mistake. Kevin has corrected me. Use the regular American English Gramatical version of capitalization. You don't have to capitalize the small words. I must have just assumed all words were capitalized, because that was what everyone was doing when I first got here. I hope I haven't made this more confusing than it needed to be.
"Zen and the Art of Capitalization" would be correct.

Wow! Kevin corrected you! I am impressed. Dijhe hunt ya down lak a dawg? :clap: Or, did you wander into the office and naively seek clarity?
I want to read and understand posts. I'm not going to lean into the screen and strain though. And, I think the mods have other things to do than correct headers and such. They're main job is to suck it up and take the bullet when necessary.

Eh, partly true! But if we wee folk do as much right as we can, there's less scut-work for our overpaid mods.
THANK YOU, Michael!