Here is some basic information on tobacco that may help you better understand what you are smoking and why you might like it or dislike it. Research has shown that tobacco leaf and smoke can contain up to 3,000 compounds. However, 2 of the most important to the tobacco blender are:
1. NICOTINE
- and -
2. SUGARS
The sugars refer to naturally occurring reducing sugars as dextrose.
Since tobacco crops can vary from year to year, they are tested to measure the different levels of these two compounds. Also, having knowledge of the general characteristics of the different types of tobaccos from different locales, and the different types of curing, is what enables the tobacco blender to produce consistent blends with sometimes non-consistent crops.
The amount of nicotine vs. sugars is usually an INVERSE relationship. Tobaccos high in sugar are usually low in nicotine and tobaccos high in nicotine are low in (natural) sugars.
Highest nicotine, lowest sugars by TOBACCO type -
- Burly

- Air-cured, Pressed / Fermented (That's not an official term, but I made it up to describe how Perique is processed.)
Highest sugar, lowest nicotine by TOBACCO type -
- Virginia

- Turkish / Oriental
Highest sugar, lowest nicotine by CURING type -
- Flue-cured
Flue-curing tobaccos involves heating up the barn while the leaves are hung upside down. The heat is gradually raised using "Flues" which are like big tubes that create an oven-like effect, but the heat is kept under 200 degrees. It takes 3 - 5 days. Most tobacco is flue-cured. The speediness of flue curing makes it economically attractive. It also help hold the sugars in the tobacco by quickly killing the leaf.
Fire-curing smokes the tobacco, just like smoke-curing meat. Fires are lit on the floor of the barn and the smoke rises to the hanging tobacco.
Air-curing is when the tobacco is left to dry out naturally without adding heat or smoke. It takes 4 - 6 weeks.
Sun-curing is like air-curing, but as it's names implies, the tobacco is left out in the sun. Sun-cured tobaccos are usually used for cigars and not often found in pipe blends.
Here's an interesting rule and an exception to the rule -
Fire-cured tobaccos like "Dark-Fired Kentucky" and "Green River Kentucky" have some of the highest nicotine and little to no sugars at all.
However, the quite popular Latakia tobacco is fire-cured, but contains low nicotine and high sugars. This is because Latakia is made from Oriental tobaccos which have high sugar and low nicotine to begin with.

Reactions: Chrisd123, wyfbane, JOHN72 and 8 others

Excellent. Thanks for that info Kevin. As a new pipe smoker, I am learning what I like and what I don't. Having the science behind the taste is very helpful. I tend to like higher nicotine with higher sugar content.

nabottle - If you like both high sugar and high nicotine, then I recommend the two latest G. L. Pease blends -
1. JackKnife Plug

Thanks Kevin. I'll check them out. 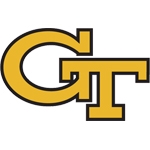 Some other useful links:
Tobacco College
Tobacconist FAQ
Tobacconist Glossary
Kevin,
Where would you say Cavendish falls in your list above? Obviously if it's heavily cased I would expect it to be high in sugars, but what about Cavendish that has not been heavily cased?

@nmbigfoot02
I am very familiar with http://www.tobacconistuniversity.org/. Jorge hired me to install and custom skin the forums for him:

http://www.tobacconistuniversity.org/forum/
That's some of my own work right there.

Where would you say Cavendish falls in your list above? Obviously if it's heavily cased I would expect it to be high in sugars, but what about Cavendish that has not been heavily cased?
Click to expand...

I may make a new longer post than my reply here at a later date.
The reason is that the word "Cavendish" is used to define more than one thing, and is ambiguous.
It is a process that can be used on any type of tobacco. So to say a tobacco is Cavendish is like saying here is some kind of meat that is grilled. Well, what kind of meat? Beef? Pork? Chicken? How is it seasoned?
Here's an excerpt from one of Russ' articles:

These tobaccos were originally made by pressing tobacco leaves together, sometimes using heat as part of the process, and frequently by adding flavorings (liquors, syrups, etc.). The tobacco was usually allowed a fair amount of time to mature, marry and assimilate the flavorings, then it would be cut like a flake, and normally tumbled out so it looked like a ribbon cut or a broken flake. Black Cavendish confuses the issue further by using cut tobacco that is typically treated with sugar water and then toasted until nearly black, which caramelizes the sugars and gives the tobacco a brown sugar aroma. What’s confusing is that most of the tobaccos we know of as Black Cavendish (Lane’s BCA, Altadis ZBC) are toasted Black Cavendish with flavorings added, which makes them moist, whereas toasted Black Cavendish tends to be dry. Making things even worse is that through common usage the term has come to mean any tobacco that has been flavored with a casing and/or top dressing. For the record, Cavendishes are usually made of a Burley or Virginia base (often using both) with the possible addition of some Oriental tobaccos as well.
Click to expand...

Reactions: smokey789 and chopper
B

Kevin,
Great work on the website! I've found it a great resource.
Thanks for the clarification on Cavendish. I was aware that it was a process and not a tobacco, but it would make sense that the final product would depend on the base tobacco used.
ETA: This thread screams sticky.

Very fine posts Kevin. I have been wanting to keep the Vitamin N as low as possible....Very informative Thanks.

Cheers Kevin, timely thread! I was just searching online to find out what exactly dark fired Kentucky was! Still have one question though... Is it dark Kentucky leaf that has been fired, or Kentucky leaf which has been " dark fired" I'm still unclear... Can't seem to find out online. Have a good one all, the owner just got of our boat and it is time to have an end of charter party! We are taking a month to get back to Florida from Belize, we are researching fishing and diving spots for the owner... Hopefully we'll get a chance to get in a little fly fishing with the owners fishing guides!

@Stacen - that sounds awesome. The Belize Cayes are beautiful, although I haven't been in 20 years. You need any help on the ship?
I'm good at making drinks, a good cook, computer whiz and I'm usually pretty charming. :wink:

hahaha well I'll see what i can do about sabotaging our network! Maybe we'll have to call in some outsie help! will do on the question. Cheers and have a good one.

Just what I was looking for! Only been smoking pipe a very short while and as a 25yr cig smoker I am heavily dependent on nicotine and wondered if I could alter tobacco types in my pipe to maybe reduce this dependence over time. As it is I have reduced my cig intake from 25+ a day to around 6-10(closer to ten) in about a week mostly on a burley and virginia blend I made up to suite my taste. Thanks for the post!

Interesting article !! nicotine is one of principal factors which I take care .
I like natural sweeter tobaccos , specially red virginia , orientals with less on latakia ,

some recomedation about sweet tobacos less in nicotine but nice aromatics and sweeter ?

I like natural sweeter tobaccos , specially red virginia , orientals with less on latakia, some recomedation about sweet tobacos less in nicotine but nice aromatics and sweeter ?
Click to expand...

good one all, the owner just got of our boat and it is time to have an end of charter party! We are taking a month to get back to Florida from Belize, we are researching fishing and diving spots for the owner... Hopefully we'll get a chance to get in a little fly fishing with the owners fishing guides!
Click to expand...