This Ever Happen to You? USPS

I've contacted AusPost on a couple of occasions trying to track packages from the US (both were tobacco) which USPS tracking indicated had arrived in Sydney and been handed over to AusPost. AusPost categorically stated they had not arrived but, get this, they also told me that USPS tracking is 'predictive' and not always based on scanning of the parcels, Basically put, it seems that in many instances USPS update their tracking to show where the parcel should be based on the time since they last actually knew where it was! So for example after a parcel arrives at LAX for international transfer they will then update their tracking a few days later to show it's in Australia even though it may still be in LAX waiting for space on a flight!

Well it seems like some of you have some horror stories to share!
The strange thing is, its not like the package is just lost in the system. The package made it to Detroit where it was opened by US Customs, and then returned to sender. I'm not sure why US Customs is opening outgoing packages, but it never made it on Canadian soil.

I ship/receive a lot of pipes. I use USPS exclusively. With over 300 packages, I can count tracking/routing issues on one hand. So, that's a pretty good success ratio for about $4 per package. The majority of those are shipping via First Class. Two of the maybe six issues I've had have been shipping Priority to NYC. Both successful, but delayed two days or so at the hub.
European shipping via USPS (International Priority had been flawless up to a few months ago, US Customs returned to me a "Tobacco Pipe" they said was "tobacco")
Steve F mails a ton more packages than I but I bet he would have a similar comment.
IF they do lose an "insured" package (one for me), thats another whole can of worms that went to my US Senator without resolution. USPS does answer to no one.

I was a "package handler" at UPS for 2 years in college. There were about 7 or 8 pup-trailers backed up to the conveyor belt, each going to a different distribution center. The guys on the line are sorting these by sight using zip codes and throwing them onto the rollers. Since it's part time night work, most of the guys have already put in 8 hours that day at their first job. Or they farm, and do this for health insurance. Try keeping a tired monkey with a brain capable of calculus focused on zip codes for 5 hours. He'll mispick a few packages in every thousand, and off they go to Omaha, Oklahoma City, Chicago, Denver, Sioux Falls, etc. Where the process will be reapeted (maybe twice) before it lands on a package car to your doorstep.
Blue Bunny Ice Cream out of Le Mars, Iowa used to be a UPS client. Until one day they shipped a carton of ice cream next-day-air. It got picked to the wrong trailer; it never made it to New York City, where a studio, a director, and talent were already booked to shoot a television ad. No ice cream, no ad. A very expensive mistake, for which they switched to Fed-Ex (where a different group of tired guys will doubtless mis-sort packages to whole new cities!)

Last week I had two boxes get to the local main hub in my city, get marked as return to sender , and then stop tracking. I went to talk with the “shipping supervisor “ because my local usps said the boxes were there according to tracking . The super at the main hub couldn’t find them but assured me he would call the next day with an explanation. I’m still waiting ...

Luckily it wasn’t any rare blends and I was able to send out new boxes to make the trades complete but that was a loss of a few hundred dollars .

Up to this day and during all my adult life I never have had any misfortune neither with USPS nor UPS, be it the First Class or Priority International, Supersaver or whatsover,all packaged were delivered here in Finland EU ) safe&sound nonethless,once package lands on our soil then, as a rule,thing are getting to go turtle-like slow

I'm currently waiting on a delivery which is starting its journey with USPS. It seems to be doing a grand tour of the US at the moment.
25-Jul. Package sets off from Loma Linda, CA

Then to Rancho Dominguez (which is not a long way from Torrence!)
I was then expecting next movement to be arrival at LAX for transshipment to Australia; but, no...
2-Aug. Arrives in Chicago International Distribution Centre
All very puzzling but I suppose in terms of postage costs it represents good value for money just in miles traveled and time taken!
:crazy:

My last order from Watch City left Massachusetts and traveled to Macon, Georgia before finding it's way to me in Pennsylvania!
Don

I had a package going from the US to Copenhagen, Denmark (where I live), after arriving in Denmark it was forwarded to Tokyo (!) where apparantly it was rejected by japanese customs and returned to sender in the US...

Depending on which way it was routed from Tokyo to Copenhagen, you may have a pipe that's been around the world!

Darn, just reread and see it went East from Tokyo.....

Well the pipe finally made it to me! Second time is the charm I guess.

While USPS is not perfect it's still better than Fed-Ex

On what series of incidents do you base that statement? 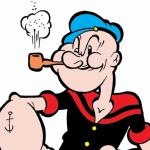 Years ago I was buying Cuban cigars from Stagnetto in Gibralter. A box went missing and after a few weeks they sent me a replacement. 8 months later the box showed up. I contacted Stagnetto and they couldn't believe it showed up. They told me to keep it free of charge even though the cigars seemed fine humidity wise.
My latest issues with UPS is they keep leaving my packages at my neighbors to the lest and the right of me. My local UPS guy is a moron.

Aro, here it is:
http://pipesmagazine.com/forums/topic/my-newold-grabow-restoration-candidate

I've had so many problems with USPS here that I could write a book on their general incompetence. One package sent from NY went straight to Florida, then came to Raleigh, NC, sent to my town, then sent back to Florida, sent back here, then sent to another city, then back here and I finally got it. I could go on and on with stories like that, including having packages opened and the contents stolen.

It happened to me only once - Some tobacco I bought from a forum member was flipping back and forth for 2 weeks or so, before it was eventually delivered.
Looking at this got me scared ... I am expecting a pipe which will be mailed tomorrow. I am going on a vacation on Friday, and I will put a hold mail from Sat, so any issues and the pipe may be lost! And it’s an old pipe with lots of pedigree! 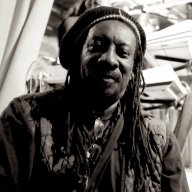 When I just moved recently I (slightly) misquoted my address. FedEx found me and got my signature, the one sent via usps was about to be returned to sender
You must log in or register to reply here.