@nate yes sir! If I had any extra money laying around I would be having you throw my name in the hat. Im growing more interested in this tobacco as i see this thread grow and cause fightin words amongst a large group of buddies! It must be damn good! 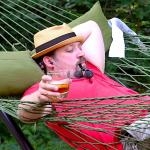 You're right, scraps. I'm uncharacteristically grumpy lately. My sincerest apologies. For some reason, I took offense to your benign post. I hope you accept my apology. It's a silly disagreement. I also apologize for derailing the thread. Please carry on gentlemen.

What a nice snowball effect It is very interesting how desirous people become when they learn that something is not going to be there anymore. Don't get me wrong, I am living in a third world country which means there are lots of gaps in law, customs, tax, etc. However when I receive a pipe or tobacco from another country my purchases are checked very carefully by officials. You guys live in USA and order tobacco from Europe, don't you think it will be a little bit confusing for authorities? How can you convince them that it is for personal use but not for commercial? Anyway, good luck to you guys. Enjoy!

It never ceases to amaze me; why do people give a fuck how others spend money?
If you don't want any tobacco, don't order any. Enough said.
Joe

No worries, Wayne. Like I said, I have thick skin. No harm, no foul.

Not quite how I would describe it, but hey... everyone is entitled to their opinion. Just a matter of fact observation with a bit of sarcasm thrown in. :wink:

I'm truly mystified as to how there could be controversy. A legendary German tobacco gets a blip of interest, by the way, this thread began prior to the thread concerning his possibly retirement, and you're getting sour about it?
Click to expand...

No controversy, Nate, and certainly not sour. Simply an observation about how quickly it turned into a pile on. For all the trouble associated with keeping orders straight, collecting money, dealing with overwhelming the Motzeks with a 20 lb. order and having to worry about customs... it would seem it would make more sense to scale it back, or let everyone order their own. The money saved on shipping is not going to be all that much, and certainly not worth all the headaches. Just my opinion.

Savings in shipping is a nonissue. This is why... we'll have you read my Update thread? It's FAR less complicated than you think. And anyone can order on their own if they want. Still don't get where you're coming from... actually nevermind. Caio

I would like to try this myself and after commenting in another thread I was offered to buy some of an upcoming order by a very thoughtful forum member. It's something that I wanted to try ever since reading Jim call it the best durn tobacco made today. I thought of getting in on this but thought that the ounce or two I will be getting will certainly fulfill my wish to try it and I would be taking up a spot for someone else trying to try this.
What got me was the stampeding herd clamouring to get an order in. Nothing wrong with that, I just found it amusing. I'm sure some have never tried it and this was their chance.

It never ceases to amaze me; why do people give a fuck how others spend money?
Click to expand...

I didn't see someone asking for a monthly bill here.

Guys, sorry for the disappearing act. My life took a huge turn for the hectic this weekend (new job in the offing and a few other events) and this is the first time I've had to check the boards in several days. I am going to have to bow out of any organization.
Thank you so much, Nate for stepping in to fill the gap.