done...but as usual with such surveys, very uncomfortable that the arbitrary category segmentation and style of survey may obscure subtle but important nuances of our hobby. didn't see/take the last survey, but presume that also was similarly constructed to enable comparibility.

sorry to be so critical and do not mean to rain on anyone's parade....i participated more because of curiousity and desire to "cooperate," than because i will have 100% confidence in the valdity/projectibility of the results. 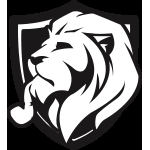 Done. I declined to answer the final question regarding "political orientation" though, because I was disappointed that the answer choices were limited to the 2 dimensional matrix-illusion of the left/right paradigm. I freed my mind from that many years ago.

Done. The last question didn't have "American" as a choice.

Just finished the survey and looking forward to the final results.
Note: It started running really slow about 2/3'rds of the way through and it took quite a while to get to some of the last few pages but then it picked back up and ran fine. May have been internet issues somewhere in the route as well. 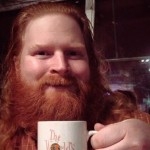 Impressive! I appreciated the "decline to answer" option for questions relating to income, etc. I'd rather decline than leave it blank or throw in a false answer!

Finished it in seven minutes. 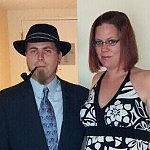 It was interesting and fun...Can't wait to see what it says about us as a whole..lol

That was a survey? I thought it was the Wisconsin Bar Exam. Damn I thought I did great. 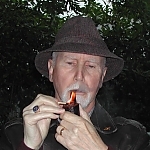 Didn't know there was gonna be a test. When the results come out, I may have to study and retake it....
Really hate pop quizes.... 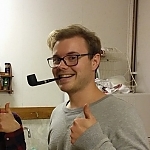 Done. A few suggestions:
1. You might want to consider adding a "decline to answer" option or similar on political orientation, similarly to what you did on income. I'm unsure as to what the American perception of those are compared to in my country where we as a whole are more liberal and the issues associated with the different political orientations are sure to differ. Sure you can take a guess, but it won't necessarily be particularly accurate and I'm uncomfortable with giving an answer to a political question I'm not sure of.
2. 99% of countries in the world do not use the imperial system for weighing things. Sure, your reach is much larger in the US so you get many Americans taking the survey, but please type it out in kilograms as well so the people who don't use obsolete and generally shitty measurements don't have to convert.
3. Who decided Germany and Denmark belong together on the pipe origin question? A lot of countries got their own line but you (someone) put Denmark (which is an arguably very big nation when it comes to pipe making, no doubt deserving it's own line) and Germany (which isn't to the same extent but still has some big names) on the same line? I fail to see the logic behind it.
4. Briar, meerschaum or... other? I see absolutely no reason not to put clay, cob and maybe even calabash on there. Oversimplification where it makes no sense while most other questions have good, exhaustive answers to select from.

Fun survey. But once again I have to chose "other" for employment. I'm getting the feeling that no one in the world thinks "clergy" is a real job. Time to turn in my two degrees and 17 years of experience. (sorry, it's a touchy subject for me)

Done. Looking forward to the results of this...
To add to nemrods list: Didn't add Turkey to 'pipe made in' question.