Meerschaum problems don't come up for discussion too frequently in the forums. Here's an old thread that suggests that sometimes the block from which a meer is carved can be contaminated in some way, or be inferior in some natural way, or be a fake block (pressed meerschaum) with an inferior binder or composition. In the following thread the issue remained a mystery.

Return it. I wouldn't smoke it after it developed pits.
In the end the company that made it is responsible. Not the vendor that sold it to you.

If Paykoc offers to replace the pipe after you sent photographs of the pits on the bowl’s interior surface, you may want to seriously consider its offer. Although you did not purchase the pipe directly from Paykoc, the company does not wish the pipe to crack and tarnish its reputation. The pits may be the result of what the Turks call kum tasi (sand stone), tiny, almost microscopic rock and sand particles. When heated, these expand at a different rate than the surrounding sepiolite (meerschaum) and cause stresses that eventually crack the pipe. Carvers are trained to detect inferior meerschaum nodules but because meerschaum is a raw, natural material, an inferior stone sometimes gets through undetected.

Ouch, I haven't experienced that with any of my meerschaum pipes

Just a repeat but I'd get it replaced. 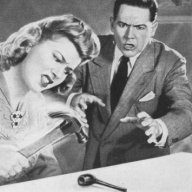 Just thought I'd drop a quick update on this for anyone who was curious - I decided that having Paykoc replace the pipe, despite many offers to do so, was not something I felt good about. Considering I acquired the pipe via ebay, and although it was certainly unsmoked, it had an unknown history and I didn't feel they should be held accountable for that.

So, I made a last ditch effort which has eliminated the smell entirely. I removed the screw in mortise liner, and put the bowl in the oven at 170 for a few hours. For about the first 30 minutes in the oven the smell was pretty bad, but it dissipated entirely after that. Following a youtube video on waxing meerschaum by Metalhead Cigarguy(thanks for that!), I snagged some pure beeswax from the craft store and carefully re-waxed it. After a dozen bowls the foul odor has not returned, and the inside of the bowl seems to have stabilized and no further pits have developed. I have no idea why this worked, but it did so I am happy.

I am glad your pipe was salvageable! Now you can really enjoy all the benefits that meerschaum provides :D

Glad it worked out for you.

I'm glad it seems to be working out well!

I wonder if the meer had small water pockets trapped in the material that when heated "popped" and caused those tiny pits? The smell may have been associated with such trapped water............? After the oven treatment the meer dried enough to purge any remaining moisture?