Yep! That link that Doc posted above is the first one I got.

Why buy one of those counterfeits when you could have the real thing for $800?

I had loads of lighters when I was a kid - one of those things I didn't consciously 'collect' but acquired by one means or another. I distinctly remember a few of them were very much of the DuPont/Dunhill style with the vertical wheel on the right. Highly unlikely they were anything but cheap clones and 'of the style', but definitely something I very much regret not hanging on to.

Well, now it only weights half as much...are ya gonna cut a ST DuPont in half now to compare?
Actually, that is interesting. I believe that a 'monotank' design such as that is a good thing, less places to leak and all.
Mighty fine police work, wonder if the seals and such from a genuine would fit a faux...

I picked one of these up off Ebay. If someone wants it. PM me your address. I'm left handed, really left handed. It's definitely a right handed lighter.

I've been looking at those Fauxponts (nice term by the way) as well. Did you soak it against the ground or something?

Really I wanted to see why a counterfeit stripped monoblock weighs 1 ounce more than an authentic one. =)
Click to expand...

Brains- How or why does the fake DuPont lighter phenomenon raise your hackles so thoroughly?

Courtesy of pipeanddrum a while back I moved into the fauxpont world & don't have a bit of a problem with it. Not likely to be in many situations where I can haughtily pull out the brick & flick a 5th-Avenue flourish & impress people by not dropping it or setting my sleeve on fire, but it's nice to know I could.
I usually stick with my Vector, but I gotta say I'm thinking about turning the Honest I bought into a boat anchor. Huuuge waste, even though it was basically chump change.
And no, I wasn't the chump. I knew what I was doing, but just wanted to see if they were as rotten as people say.
They are, yeah. -snicker-
Bill

Look forward to your report!

Didn't really expect any parts would interchange, but thanks for looking.
Bought some extra flint wheels just in case, and did change one as the original didn't spark as well as I like. If these follow the butane lighter failure pattern I've experienced, the seals usually go first and surmise nobody will service these.
I gotta say, I've bought three of the Fauxponts...for the price, I like 'em well enough. Time will tell. 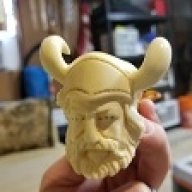 Mine crapped out after a month of use. Was fun to use while it lasted but won't be getting another. Off to hunt for something else!

Flint gone? How do you think it broke?
From your post in a stem straightening thread:

This was my first stem repair using this method. I started first with my St. Dupont knockoff soft flame. I tried for maybe 20 minutes and not much happened except I broke my St. Dupoint knockoff. Only a month of use, but here nor there (the spinner keeps on spinning).
Click to expand...

No butane lighter I have would withstand 20 minutes of operation.

The part that spins has zero resistance to it, just spins freely. Usually it had resistance to make the spark and ignite the flame.
Maybe I dont know enough about them but I can't figure out any way to adjust or replace anything.

I just watched a video on how to replace these and will have to see if that is what it is. Should have thought about that before.

Once I opened the lighter up, the flint had actually fell out of alignment. I put it back in place and seems to light just fine now! Thanks jpmcwjr for questioning what was wrong with it otherwise I might have trashed it!
Has anyone had to replace the flints on theirs yet? If so, does it matter what color (black, red or blue)?

Can you recall the link to the above?

Well here it is gentlemen. You have your lighters with your pipe, but do you have a lighter inside your pipe? 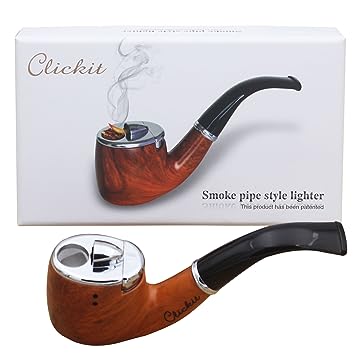 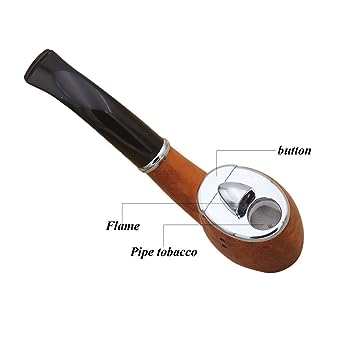 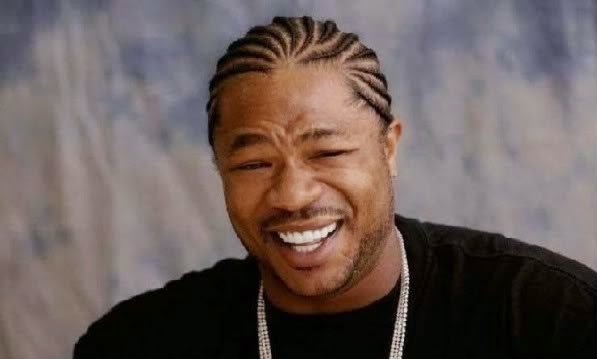 Now THAT is groundbreaking...or something. Wonder if it's a butane and how long it would take to blow up in your face?

It's called Clickit because you click it three times and then it breaks! :

They laughed at the first amphibious tricycle.