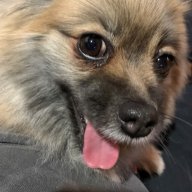 English is the worst Language with needless complexity.

The complexity is what makes it good. The rules of grammar are not rocket science.
Reactions: mawnansmiff and Casual

with someone named Cosmic trust me it is.

Almost never? It's either never or it isn't. "Rarely misses this type of shot" would be what he should have said.

Another gripe is "an old adage says......" . An adage is old by its very nature. It's rather akin to saying "an old elderly person", just plain poor usage.

Time for bed chaps, it's been a long day, night night.

I have no problem with "almost never" Probably say it myself, but it's hard to know as there's no transcript of my speech! 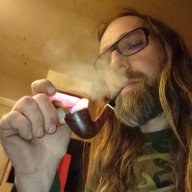 I thought it was less for singular nouns, and for adjectives and adverbs. Less gas, less stinky, & less quickly

edger said:
I'm with you. My relatives in Ulster all use "haitch". The dumbing down of standards does no one any good.
Click to expand...

They use haitch in Newfoundland.
Reactions: edger

Seamaster said:
Don't get me started on "literally".
Click to expand...

Merriam Webster :
2: in effect : VIRTUALLY —used in an exaggerated way to emphasize a statement or description that is not literally true or possible