Just Thought I'd Show Off My Latest Watch Purchase.

Having not bought any tobacco recently after my latest health scare my bank balance has thanked me for this by rising in exact proportion.
Browsing the interweb I stumbled upon a 2003 Omega Speedmaster Triple Date automatic chronograph. It was in mint condition, came with original box and all paperwork and the price was just right so a phonecall was made, a little haggling and the deal done there and then.
The next day a huge package arrived by special delivery (it had travelled pretty much the full length of England in a matter of 17 hours.....pretty remarkable for Royal Mail!
Below is what was inside (the last image is a generic picture to clearly show the dial)...... Its specifics are Model 3523:80 and Caliber 1151 which is based on the aged but bulletproof Valjoux/ETA 7751.
It displays the day and month in separate windows at 12 o'clock and the date via a hand with a crescent shaped tip which points to the date on the outer perimeter of the dial. Obviously it has a stopwatch and this is simply started and stopped by the upper pusher and reset by the lower pusher. Both pushers require a fair bit of pressure to activate but this is a good thing in my mind. What I love to see is the instantaneous snap back of the hands upon pressing the reset button.....quicker than the blink of an eye!
The running seconds is in the sub dial at 9 o'clock, this also has an AM/PM indicator. This watch has no fewer than eight hands!
As for timekeeping, I really am rather chuffed. It gains roughly 5 1/2 seconds in 24 hours which is well within COSC standards despite the piece not being COSC certified. There are 86,400 seconds in a day so being five and a half out is no problem to me.
The only downside (there had to be one) is that at 39mm diameter (excluding the crown) it can be a little difficult to read the smaller sub dials but then my eyesight is far from perfect. Most of my other watches are 40mm to 42mm which I much prefer.
Regards,
Jay.
EDIT: Bugger, the pictures didn't show :evil:

That’s a beautiful timepiece, Glad for you.

Very cool! I know that you had been mulling over one like this for a while. I'm glad you got it. It is a fine piece of engineering.

Glad you got that beauty! Dunno what you done did dere, Jay. I collect the images URL from the image itself.

I absolutely love speedmasters with my favorite being a Speedmaster professional moonwatch.
Congrats on the new watch!

Most impressive. I have to stick with one set of hands, for those 3 a.m. time checks, so I don't have to think about it. But that is an inspiring wristwatch.

Been having this one for 30 yrs.

Thanks Cortez and John for sorting my images. I now think I know where I went wrong.
Michael, the watch I've been hankering after for some while is the Omega Seamaster Chronometer with the lovely co-axial movement. I need to save a lot more tobacco money afore I can add one of those to the collection. That watch would have to be bought new.....just because :

Fixed the links, Jay. Nice watch by the way.

I'm an analog guy , stuck in a digital world Jay:Congrats on Your new achievement,I have both Auto winding Eterna-Matic Kontiki and Atlantic there's only one thing I don't care much about,is their average weight, but You get used to this eventually.

Bluto I had almost that same watch, just the tank commander one.
Jay, beautiful looking watch!

The amphia is the waterproof version , I wanted a wind up watch rather than electric and there's not much out there , the Russians seemed to have kept up the tradition and did a good job.

Jay that's a beautiful timepiece. Good health to you.

Whoa, gorgeous! Puts my old self-wind Rolex in the shade.

Many thanks Javan for sorting my pictures. I'll try posting another tomorrow now I think I know where I went wrong.
Hagley, "Shoulda bought a Rolex Day Date. Mine gains 1 sec a month." All well and good chum, alas Rolex are more brand than watch.....pretty much like Dunghill pipes....vastly overpriced for what you get. Don't get me wrong, they make fine timepieces but their prices are way overblown for what you get.
The Ernst Benz Chronolunar chronograph you mention is certainly a smart looking watch (I love full Arabic numerals but at 47mm diameter is ridiculous) but way way expensive for an 1151 movement chrono.
Bluto, would that be a Poljot watch by any chance?
Regards,
Jay.

Wonderful pick up Jay! My Omega Sea Master says hello. I'm wearing it now. My other PAD is WAD. 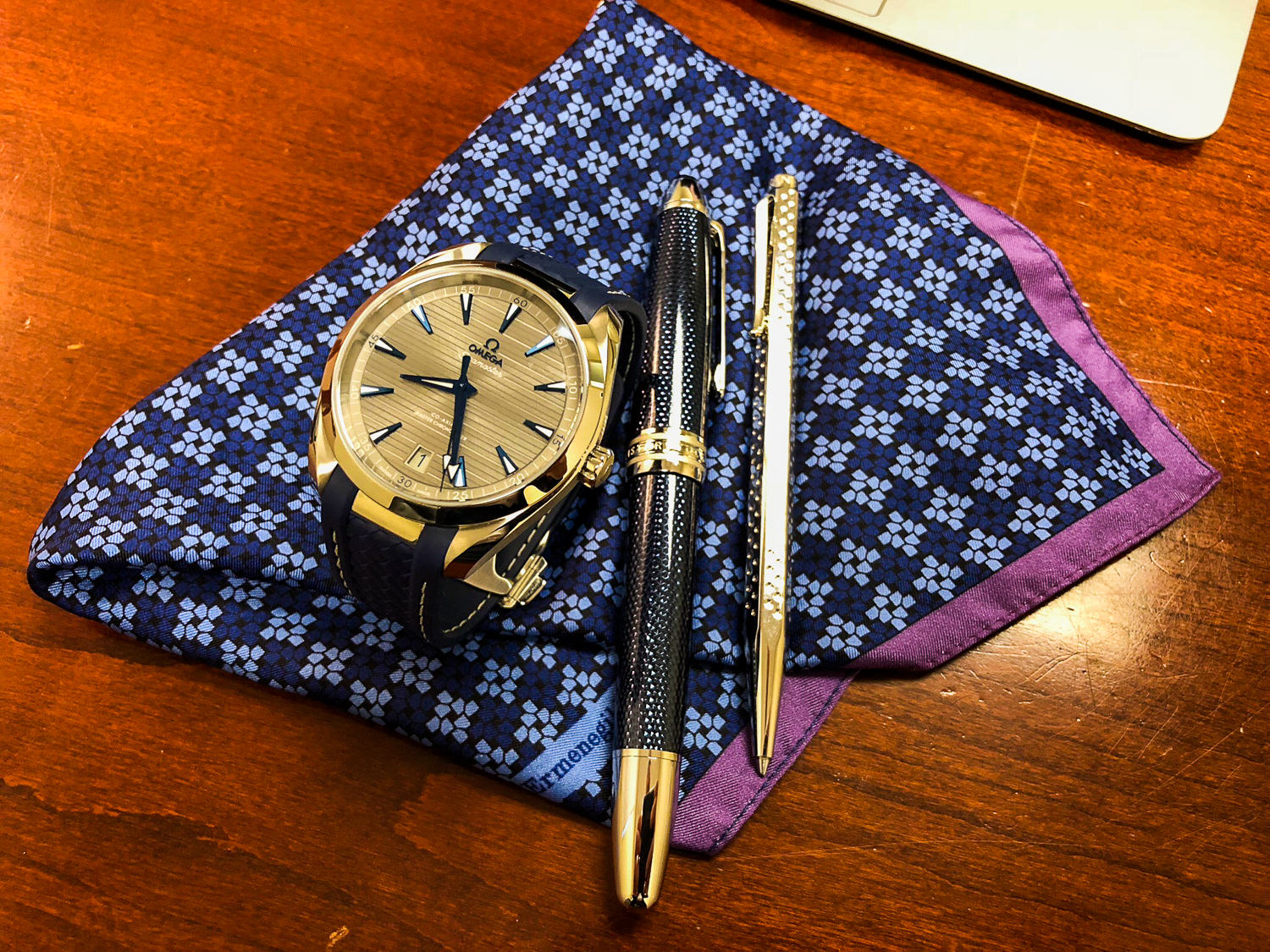