LOL very funny. Each of my Savinellis smokes wonderfully - nearly all of them better than my Dunhills, which I find smoke hot if you're not careful - and they're great pipes in every way. I would be delighted if the Dunhills suddenly smoked like my Savs! The purchase price has gone; now it's all about the smoke.
Andy

One well know Danish pipemaker has his pipes made in a factory in Poland and stamps them handmade.
Click to expand...

Come again? Are you talking about a big, well known Danish company or one person who is known as an artisan pipemaker? If it's the former, I think I can guess.
I think for some of us who are collectors as well as smokers, it does matter who made the pipe, where it was made and how. Part of the enjoyment of smoking certain pipes is knowing something about their history or the personality of the person who made it (if it's an artisan pipe). The fact that my Briar Workshop pipes were made by a bunch of guys and gals up in the boonies of Vermont sometime in the 1970s just tickles me to no end. Likewise, knowing that my antique pipes were made probably in France and then finished by some London factory workers in the early 1900s is also part of my enjoyment of the pipe.
I'm not sure how that translates to current-production Dunhills, but I'm sure some Dunhill fans have all kinds of associations with the brand beyond the white spot and the actual smoking properties. But then Dunhills just aren't my thing.

It may be a bad sign that my inclination would be to buy the fake then sell it on eBay and use the profits on a different pipe and some tobacco.
Also, assuming the pipe smokes as well as a $90 pipe should, I would certainly buy it. It's not like anyone watches me smoke to be impressed by the brand, so all that matters to me is whether it delivers an enjoyable smoke. 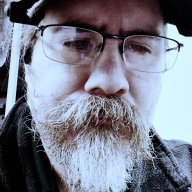 Or perhaps sell it as a Dunhill Artisan pipe. That would be honest, as its briar, stamp and crafter from Dunhill. 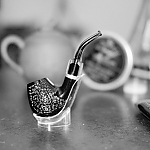 I would not even let a repair guy put a white dot on a replaced stem for a Dunhill . Besides a replacement stem on a Dunhill is an upgrade