Bummer! I really wanted to try some. Although the last thing I need is a new tobacco to fall in love with

I'll wait for some reviews of the tobaccos to show up. I tried really hard to make myself want a cheap new peterson, but it just didn't happen. For all I know at this point the tobaccos could be ass gargling dook shit. Then I'd be stuck with that in the cellar and some mediocre pipe to smoke it out of. If people try it and one of the blends turns out to be the shiznito shizbam then maybe I'll invest in a pricier pete if one calls to me. I don't know, I'm a mess.
Reactions: seanv and Casual

A nice promotion that makes for a great gift idea.

It is amusing how it creates a TAD itch not easily scratched.
Reactions: lightmybriar

I must truly be done, not even getting a spark.
Reactions: seanv and Casual

chasingembers said:
I must truly be done, not even getting a spark.
Click to expand...

I know, I know, you traded for them in honor of Bruce. Just giving you some poop

There is still a tiny TAD ember glowing in there somewhere......
Reactions: lightmybriar and chasingembers

I was hoping that Evergreen was like the pine aro P&C had years ago.

skeeter456 said:
From the company:


Hey Steve, unfortunately the Wintertime Reserve blends won’t be going to full market, at least not at this time. They’re only available through participation in Smokingpipes’ Christmas promo. If that changes at all, we’ll be sure to let you know. As for the Evergreen blend, it’s a red Virginia and Perique Flake with a bit of unsweetened black Cavendish. Hope that helps!
Click to expand...

Well that says it. Lots of other blends to choose from 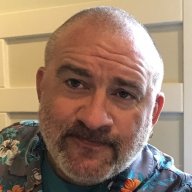 Ok, so I’d had my eye on a Peterson billiard army mount for a while. Just kind of waiting to pull the trigger. Glad I did, but in an oddly disappointed way. The pipe is just what I’d hoped—first bowl with a VaPer flake smoked right down to ash with good flavor all the way down. I happen to like this combination of rustication and stem (along with the smooth Irish Made Army models).

Unfortunately, the accompanying tobacco was too good. I chose (um, actually my wife chose) the “Sugarplum” based on the description (what else, since there aren’t any reviews). Knowing I’d only have 1 tin—since, as previously noted in this thread, they don’t intend to continue it—I had to pop it open.

The tin note is just delicious. If you like the aroma of fruitcake, that is. It’s sweet but with dark fruit tones, like some of the Fasching cakes the bakery made in the little German village I lived in as a kid. Sadly, that aroma carried into the flavor and room note of the first bowl (which, ironically was smoked in a MM Country Gentleman rather than the Pete I just bought). Why sadly? Well, I can’t really cellar it because it’s an aromatic and I have no idea how it will age, and don’t want to take the risk because it’s just too good not to enjoy it now. Might last until Thanksgiving. Might not.

So if you’re already eyeing a Peterson, take the plunge. I’m not buying another pipe just to get another tin. Too many good estates out there, and that’d be rather less than parsimonious of me. But it’s not just a throw-away tin of mediocre leaf. If you like fruity aros, it’s rather good.

[C&D are you reading? My wife lets me smoke this IN THE HOUSE. You have a potential winner here even (especially?) if no one wants to buy a Pete.]
Reactions: Bengel, lightmybriar, seanv and 1 other person

I chose this Rosslare Classic XL90 and the Nutcracker blend. This will be my fourth XL90 this year. Love this shape, and that walnut stain. Wow.

rogers said:
This will be my fourth XL90 this year. Love this shape, and that walnut stain. Wow.
Click to expand...

It's hard not to love Peterson's walnut stain. I'm a huge fan of it myself. Lovely XL90. I love the shape as well. Don't forget the 307 as it's exactly the same shape and size, just numbered differently and a system pipe.
Reactions: rogers

anthonyrosenthal74 said:
Don't forget the 307 as it's exactly the same shape and size, just numbered differently and a system pipe.
Click to expand...

I didn't know that. Thanks.

rogers said:
I didn't know that. Thanks.

I discovered it quite by accident when the 2019 St Patrick's Day pipes were released. I couldn't get my beloved XL90 or 106 and had to settle for something else. The 307 appeared to be as close as I could get to the XL90 so I settled for one of those. Upon arrival I could find no difference between the shapes.

I'll check out the 307s now. The XL90 has the perfect chamber size for me, not too large, not too small.
And for a beefy, hefty pipe, it is well-balanced and a comfortable clencher.
Reactions: anthonyrosenthal74 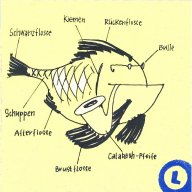 rogers said:
I chose the Nutcracker blend.
Click to expand...

Have you sampled it yet? I've decided to get the Irish Made Army (102) Fishtail and can't decide on which tobacco. Nutcracker looks a bit like a pressed OJK by the description.
Reactions: rogers

Frozenoak said:
Have you sampled it yet? I've decided to get the Irish Made Army (102) Fishtail and can't decide on which tobacco. Nutcracker looks a bit like a pressed OJK by the description.
Click to expand...

I'd rather get a discount on the pipe, but if you want the pipe at the going price, the blend might be a nice plus, or not.

I may crack the tin tonite after work and give it a try.
Reactions: Bengel

Looking good.
Reactions: rogers
You must log in or register to reply here.