I've only been smoking a pipe a few months now and I have a couple of decent briar pipes I love smoking from. the problem is carrying them around at work I've broken a few stems and cracked a few bowls. I thought maybe a cheap corn cob pipe (7-8 bucks at the local smoker friendly) would be better for work because I wouldn't feel as bad if it broke and could replace it cheaper. However when I tried to smoke the corncob the first time the bowl actually caught and smoldered away leaving me with nothing but a wood stem and plastic pip. I lit it with a pipe zippo so I'm fairly certain it just got to hot while I was smoking it. Could this have been a flaw in the pipe itself or do I just smoke to hot for corn?

Really I'm just looking for advise. Should I even bother with corncobs?

anywho time to pour some coffee and light a pipe

Go with Missouri Meerschaum, my friend. You won't regret it.
And welcome to the PM forums!

Wow! I've never heard of that happening. Some cobs can last a man +20 years. I suppose that you could have had a very poor cob. My MM cobs get hot at times but never to that point. Cobs are inexpensive and great smokers. Try a Missouri Meerschaum. 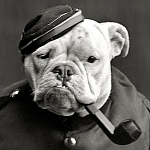 Holy fragaroli! I never heard of that before. I suggest you carry some kitchen matches if at all possible, or at least a small box of wooden matches. I almost exclusively smoke corn cob pipes and I have never had that experience (not even CLOSE!) so I definitely think you should get another cob. Also, make sure you buy a Missouri Meerschaum brand and not some no-name garbage pipe.
Edit: wow, you guys above me are quick on the draw! 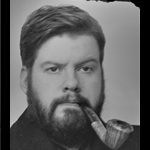 I love my MM cob pipes. I light mine with a pipe zippo all the time. I think you either bought an off brand cob, or just got the unluckiest draw of a bad pipe. I hope your next experience with them is better, because once broken in a cob is a true joy to smoke.

Almost certain you were smoking a cheap imported pipe from China. Never had one, but that seems to be everyones experience with them. Smoke them once and they are destroyed ! The only new corncobs you should buy are Missouri Meerschaum and they will have a sticker on the bottom of the bowl with their name on it.

They are quite cheap (not as cheap as the chinese crap) and will normally last a long long time.

Allrighty then I'll give it another go. I think this time I'll just order straight from the site (thanks for the link) Maybe a bag of seconds so I get some variety, hopefully I'll find out that Smoker friendly is just selling me cheap pipes marked up to far (what do I expect from chain tobacco stores?) and I'll just have to start going to the good shop a little further away more often. They've got better tobacco blends anyway :puffpipe:

Post a pic of what was left of the pipe, that story is too crazy. A true MM cob will last years when smoked.

this and the bottom plug was the only thing left.

I only kept this because a few friends of mine carve various materials (antler, stone, bone, wood) and I'm thinking about using the stem for a custom pipe in the long run

Are you punking us? If so, well done!

Believe it or not, this is not the first time I've heard of that. I saw a girl's video on YouTube where she claimed her cob did the same thing so she hated them... I can almost guarantee that neither of you were smoking MM cobs. If a real MM cob did that, I'd say they'd even send you a replacement.
Buying direct from MM is a good option, but I used to deal with Aristocob (he's not a sponsor but he is a good seller and has some helpful videos on Youtube) Google him if you want to go that route. A lot of our sponsors such as 4noggins also carry MM pipes and they are great if you're already placing an order and just want another pipe or two.
EDIT: This was in before the pic, I don't know what to think of that... Either way 99.9% of MM cobs would never do that. 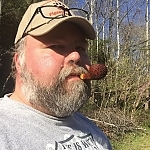 I have to say, the image of this playing out flashed through my mind as I read it and I laughed so hard I'd have fallen if I weren't seated! The mere thought brings giggles and smiles right back so I can hardly type to compose this! By far the funniest thing I've heard in a while.
Seriously though, I agree with the above: must've been an el-cheapo and do try again with a MM.

And be sure to read The Complete Corncob Primer.

+100 to Phillip's post/link! Helped me immensely when I started out.

I have used a acetaline torch to light my 3 work cob before with no ill effects. Not that I recommend it. I still smoke that cob twice daily.

They are generally pretty hardy but I wouldn't doubt that one of those Chinese cobs would combust after the first smoke. They are supposed to be garbage.
Most MM cobs will only act up if you do negligent things to them such as try to remove the stem while they are still hot or if you put undue force on the shank.
They are pretty impervious to normal wear or drops or charring or dirt or any number of things that you wouldn't want a briar to endure...

sounds like I just got a cheapy pipe. Good to hear. The grab bag of smokable seconds is on it's way from www.corncobpipe.com. I figured it had to be something since my grandad smoked a cob pipe for years when he did construction. I'm especially glad to hear my memory being right on them being durable pipes that can take a decent beating! I'll be glad to let y'all know how the mix bag turns out when it gets here.

you might want to upgrade to a Forever Stem from Walker Briar Works.

+1 on the forever stem. They have made my Cobb smoking experience several times better than with the original factory stems. Well worth the money.