The Napa Valley has a big reputation, but if you’ve been there you know that it is not such a big place. In fact, of all the wine grapes cultivated in California, less than five percent are grown in the Napa Valley. 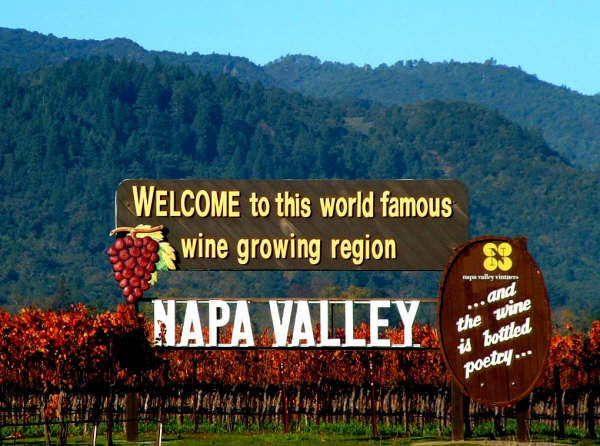 So, what’s the big deal with Napa Valley wine? How did the Valley become known as one of the world’s premier wine producing regions?

There is some conjecture that indigenous people in the area may have used the native vitis californicus grapes to make some form of wine, but winemaking in the European tradition began in California with the Spanish missionaries, who needed sacramental wine for religious services, and also valued wine for nutritional, social, medicinal and eventually commercial purposes. The northernmost mission was established in Sonoma, just over the hills from the Napa Valley, in 1823. 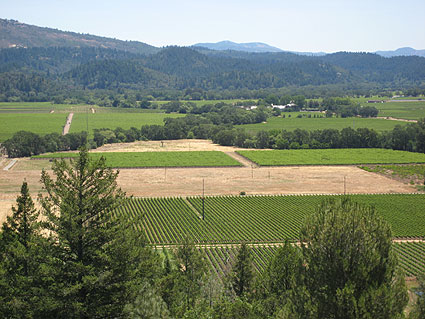 The first vineyard in the Valley itself was planted in 1838 by an enterprising Yankee settler named George "Jorge de la Concepción" Yount who had married one of General Mariano Vallejo’s daughters. Vallejo was Commander of the Presidio in San Francisco, and he had been sent north to Sonoma by the recently independent nation of Mexico to deal with encroachment in the area by Russian settlers based in Fort Ross, a little further up the coast. Yount (for whom the town of Yountville was later named) planted grapevines he acquired from Vallejo. These so-called mission vines, originally brought as cuttings from Spain, were appreciated for their hardiness, rapid growth and high yields. The fruit they produced attained high sugar levels which facilitated fermentation, but they lacked flavor characteristics of fine wine grapes and did not retain adequate acidity for what we would consider a balanced wine.

Following the "Bear Flag Revolt" of 1846 California declared independence from Mexico, and after a brief existence as an independent republic, California was annexed by the United States. After gold was discovered in 1848 the influx of population brought with it a great expansion of agriculture, and the planting of high quality wine grapes soon began.

Such early pioneers as Charles Krug, Jakob Schram (founder of Schramsberg), H. W. Crabbe (the greater part of whose To Kalon vineyard now belongs to the Robert Mondavi winery), the Beringer Brothers, Gustav Nybom (founder of the original Inglenook winery, now known as Rubicon Estate) and Alfred L. Tubbs (founder of Chateau Montelena) enjoyed considerable success, including numerous awards at prestigious international competitions. Their wineries fell on hard times, however, as California vineyards were devastated by crop pests at the dawn of the 20th century, and again some years later when they were confronted by prohibition. Although some wine was produced during prohibition (ostensibly for religious and medicinal purposes) investment in improved vineyards and winemaking facilities virtually ceased.

In the years following the repeal of prohibition, the Napa Valley wine industry was generally slow to recover. With notable exceptions (some excellent wines produced at Beaulieu and Inglenook, for example) quality wine production was largely neglected in favor of what we might consider jug wine. 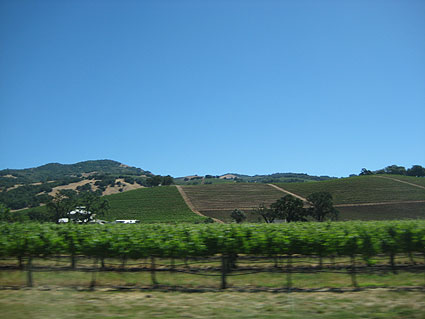 A renaissance of sorts began in the 1960s when ambitious entrepreneurs like Robert Mondavi combined the large-scale implementation of new scientific research with respect for old world winemaking traditions and a passion for excellence. Improvements in vineyard management and winery technology (along with some extraordinarily effective marketing) brought Napa Valley wines to the world’s attention. California was establishing a wine culture of its own; good wine was increasingly considered a part of "the good life" along with good food, the arts, fine weather, natural beauty, leisure and prosperity. The Napa Valley became associated with all of these things.

Several factors have helped the Napa Valley establish itself as a great wine destination. Its proximity to San Francisco means that residents and visitors to the city can comfortably drive up, visit several wineries, enjoy a meal, and drive back in a single day. Other attractions, such as the beautiful landscape, the spas built around natural hot springs at the northern end of the Valley, and an increasing number of excellent restaurants can make spending an extra day or two even more appealing. 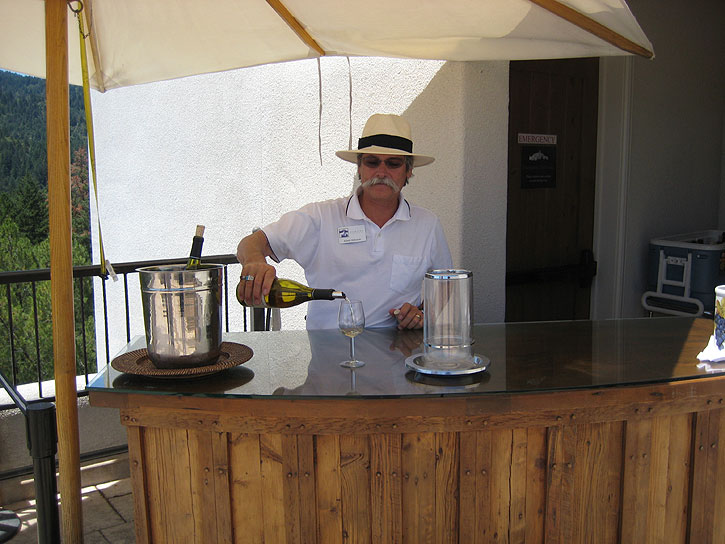 Oh, and it’s an exceptional place to grow wine grapes. There is a short rainy season in winter, and the sun shines virtually every day the fruit is on the vine. In summer, in the middle of the Valley, daytime temperatures often rise well above 100° Fahrenheit. At night, warm air rising from California’s interior draws cold, damp air off the Pacific Ocean, creating a wave of fog that rolls in from the San Pablo Bay to the south and over the Mayacamas range to the west. This prolongs the time the grapes spend ripening on the vine and allows the plant to synthesize more of the compounds that give flavor and aroma to the fruit.

The path followed by the fog has a great influence on the growing conditions; very generally, further south (and closer to the bay) summer weather is cooler and damper, and more beneficial for varieties like Chardonnay and Pinot Noir. The mid-valley is considered prime country for Cabernet Sauvignon, whereas further north summer days are hotter and drier, and particularly suited to Zinfandel. (Bear in mind that there are many more growers in the Valley than there are wineries. If a winery purchases fruit from growers, that fruit may be from different parts of the Valley, so the winery’s address doesn’t necessarily tell the whole story.) 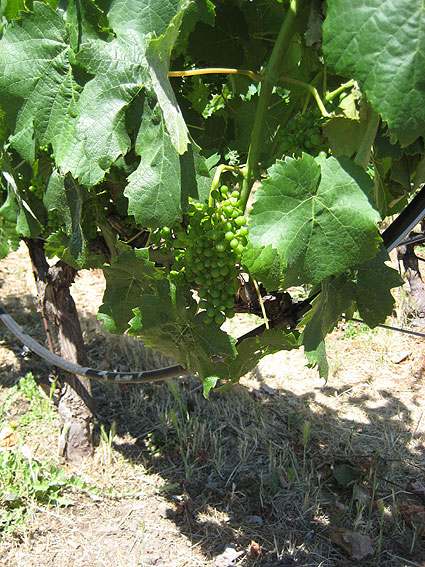 In addition to these variations in climate, the Napa Valley has an extraordinary variety of soil types for an area its size. Contrary to popular belief, the Valley in general is not exceptionally fertile. In many places the vines struggle in soils that are not particularly rich in organic material; this struggle on the vines’ part tends to result in lower yields but greater intensity of flavor. The unique conditions found in different parts of the Valley have given rise to the designation of a number of smaller sub-appellations or "AVAs" (American Viticultural Areas) within the greater Napa Valley AVA, known for wines with particular characteristics.

I hope that in some small way this information will add to your enjoyment of wine, and encourage you to explore the Wine Country for yourself.

Wine Tasting In The Napa Valley