New FDA Regulations: How Do They Impact the Pipe World? 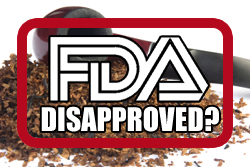 There has been a lot of hype and rumor the last few months about the new FDA "Deeming" rules that go into effect on August 8, 2016. What with the Nashville Pipe Show being cancelled, and several pipe makers deciding to quit the business, there is a lot of panic in the industry.

First, a little background is in order. Congress passed the Family Smoking Prevention & Tobacco Control Act of 2009, which granted the FDA authority over cigarettes, roll-your-own and smokeless tobacco. The law also allowed the FDA to "deem" new products to be covered under the law. E-cigarettes became popular in the US after the law was passed, so the FDA "deemed" them to be covered. Unfortunately, the FDA also decided to "deem" cigars and pipes while they were at it. (Yes, you can blame the Obama administration for this.)

The FDA’s new definition of a "tobacco product" includes pipe tobacco, pipes and their parts. The rules cover manufacture, packaging, and sales. Importers of tobacco products must ensure that the tobacco products they import are in compliance with the law. 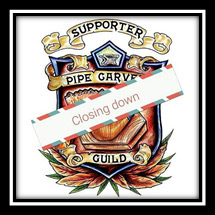 US pipe and tobacco makers (but not importers) are required to register with the FDA. They require business information, a product listing, and advertising samples for each product they manufacture.

Any new products that were not on the market on 2/15/2007 must submit a Premarket Tobacco Application that is wildly expensive. (Not even the FDA is willing to estimate the cost.) The only ways to avoid this is to prove that the new product is substantially equivalent to one on the market on 2/15/07, or to apply for an exemption for standard equivalence. Proving that your product is substantially equivalent to somebody else’s product is not acceptable.

Furthermore, only pipes and pipe tobaccos that were on the market on (not prior to) 2/15/2007 are grandfathered in. Reintroduction of an old pipe model or tobacco blend is considered by the FDA as a new product. A recent lawsuit was filed to stop the FDA from punishing the pipe & cigar industries. More on this later, first let’s see the impact of the current regulations.

The FDA deeming rules are being applied to pipes as a "tobacco product," and must be viewed in that light. Importers may just give up, not wanting to deal with the costs involved. Some of our favorite pipe brands may disappear from the US market.

The FDA is officially making no exceptions for artisan pipes. One-of-a-kind pipes may become extinct. Samples of new tobacco products must be submitted to the FDA. They recommend providing 20. How many artisan pipe makers do you think have the luxury of ‘donating’ 20 identical copies of each pipe they make?

Nonetheless, it is unclear how the FDA will enforce the rules regarding pipes, as the rules are obviously oriented towards tobacco. For example, none of their rules about product labeling apply to pipes. What is clear is that the FDA is clueless about pipes.

The FDA will also put many small tobacco blenders out of business. These rules will essentially close down the market for all new pipe tobacco blends. Standard Tobacco of PA has already announced that their blends (shown below) will no longer be made. They are just the first.

Older blends, which have been grandfathered in, will still need to have new warning labels taking up 30% of the tin. "WARNING: This product contains nicotine. Nicotine is an addictive chemical." These warning labels must be on all pipe tobacco manufactured after May 18th 2018. [Editor’s note: Nicotine naturally occurs in tomatoes, potatoes, eggplants, cucumbers and green peppers.]

Pipe tobacco (and pipes) will also be subject to FDA "user fees" that are in addition to the current federal tobacco taxes. Wholesale prices will go up. Nobody knows how much.

As of 8/8/16, brick and mortar tobacco shops will no longer be able to custom blend tobacco for you. Blending tobacco is considered manufacturing by the FDA. So, custom blends are now a thing of the past. Also, no more free samples. Retailers will not be able to sell tobacco without a health warning after May 18, 2018. Fortunately, most imported and most domestic tobaccos already have California-mandated health warning labels. This will be sufficient.

The "manufacturing" handle also applies to simply packaging bulk tobacco. Many "house blends" will disappear from individual tobacco stores, as they can’t afford to meet the new FDA requirements. Jeff Packer, a Tinder Box franchise owner, stated that the Tinder Box blends will be prepackaged by their headquarters in several sizes.

Other shops’ bulk blends will have to be prepackaged and marketed using their distributor’s name. For example, one popular blend that is currently sold at retail stores under many names. In the future, it will be prepackaged as "1-Q."

The International Premium Cigar and Pipe Retailers Association (IPCPR), along with the Cigar Association of America and the Cigar Rights of America, filed suit in Federal District Court on July 15th against the FDA’s deeming rules. The lawsuit is well worth reading. It describes the issues far better than FDA’s website. It all boils down to these points.

The lawsuit asks the court to completely vacate these FDA rules. This is not the only lawsuit filed against the FDA Deeming rules. Just don’t count on lawsuits stopping this madness. The court may place a temporary injunction, but barring a miracle, most of the rules will remain.

A glut of new blends has shown up on the market in the last few months. Pipe tobacco makers are rushing to get on the market before the August 8th deadline. What you see now, is what you get. You won’t see many new tobaccos for quite a while, if ever.

Pipe tobaccos that came on the market between 2/15/07 and 8/8/16 have two years to submit their products for approval. This process is quite expensive, prohibitively so! I have heard estimates ranging up to $250,000 per item.

Many of these blends will disappear over the next 18-24 months, as supplies dwindle. Those that remain will be more expensive.

Artisan pipe makers may well be advised stay under their radar. The FDA is hunting for bigger fish to fry. Pipe shows may be the one saving grace for pipe makers. After all, gun shows have survived many years of scrutiny by the feds.

Don’t bother complaining to the FDA; the comment period is over. Let us all hope the lawsuit vacates the deeming rules.