Apple Pie & Hot Dogs Are Now Against The Law 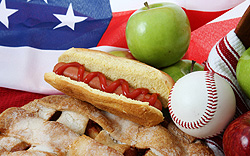 As the author Madeleine L’Engle once said, "We are strangers in a strange land."

I would like to be the first to welcome you to this foreign country.

Welcome to Happy Town, the happiest place on Earth. The people of Happy Town are a clean, industrious people who live in the strictest sense to diminish their carbon footprint on the planet. The chief export of Happy Town is self-satisfaction, and the factories located in the capitol district of Happy Town are the world leaders in this clean, recyclable and renewable energy source.


The leaders of Happy Town are a pleasant sort, the kind who are constantly looking out for the greater good and curtailing any wrong-doers swiftly in order to ensure Happy Town’s continued existence and their goal to make the world a happy place for everyone, just like Happy Town is. 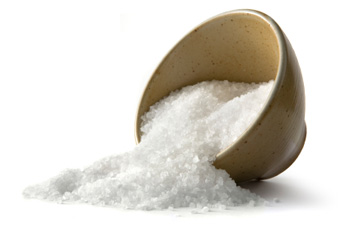 This bill stipulates that "No owner or operator of a restaurant in this state shall use salt in any form in the preparation of any food for consumption by customers of such restaurant, including food prepared to be consumed on the premises of such restaurant or off of such premises."

Because the rulers of New York and Happy Town understand that consumption of high amounts of sodium and trans-fats hurts people, they have decided it best to stop the places people eat at from serving it to them.

However, they have been met with some resistance.

Unfortunately for the rulers of Happy Town, Nathan’s sentiments seem to be shared by many who live in the district of New York.

"Chefs would be handcuffed in their food preparation, and many are already in open rebellion over this legislation," said Orit Sklar, of the organization My Food My Choice. "[Felix] Oritz [D-Brooklyn] and fellow anti-salt zealot Mayor Michael Bloomberg of New York City seek to undermine the food and restaurant business in the entire state."

MORE READING  It's OK to LIE, MISLEAD, MIS-EDUCATE, and cause HYSTERIA as long as it's about TOBACCO

Such disappointing news for the rulers of Happy Town. Don’t the people understand that they’re trying to help them?

But, as with any politician, the rulers of Happy Town comfort themselves with the knowledge that there any many more programs in place that can still help them achieve their goals of keeping the world a clean place to live and keeping the people who live in Happy Town healthy and happy. 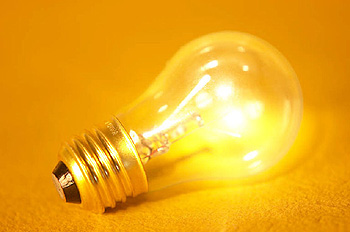 Take one of their earlier bills, for instance. A 2007 bill signed into law by the former leader of Happy Town, George W. Bush, has created stricter standards for the ways in which the people of Happy Town light their homes.

The familiar incandescent light bulb, which the people of Happy Town have been using for years, was deemed inefficient by the people who make the laws of Happy Town. In its stead, they have begun releasing new light bulbs that will help the people light their homes more efficiently and will be much more environmentally-safe.

But wait, the people of Happy Town are again displeased with the ways in which their rulers seek to improve their lives.

Representative Joe Barton, a Texas Republican and sponsor of a bill which seeks to (gasp) reverse the new guidelines, said "From the health insurance you’re allowed to have, to the car you can drive, to the light bulbs you can buy, Washington is making too many decisions that are better left to you and your family."

The rulers of Happy Town were again disappointed by this show of rebellion. Don’t the people understand that they are just trying to make their lives better? 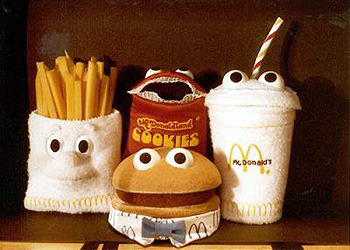 Alas, at least the children will be safe. In a corner of Happy Town called San Francisco, the rulers of Happy Town have outlawed toys in Happy Meals that are not dietarily satisfactory for Happy Town’s standards. According to San Francisco’s ordinance, restaurants are forbidden to offer a free toy with any meal that exceeds the prescribed levels of calories, sugar or fat.

The standards they set are that the meals must contain fewer than 600 calories, and less than 35 percent of those calories can come from fat.

Lawmakers in yet another district of Happy Town named Hawaii have begun to consider banning the sale of toy guns to children, and the Senate Commerce and Consumer Protection Committee of Happy Town began working on drafting a measure to make it illegal to sell toy guns to anyone under 18 years old, punishable by a maximum fine of $2,000 and 90 days imprisonment. 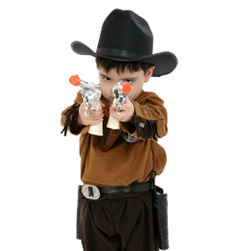 The rulers of Happy Town patted themselves on the back with that one, especially because they never stipulate what exactly their bill was geared toward; a toy gun could be anything from water pistols to BB guns.

And finally, the rulers of Happy Town have, in their infinite wisdom, have created a way to curtail that most disgusting and offensive of habits, that which threatens the health and happiness of not only those who partake, but of everyone who lives in Happy Town.

In the district of Maryland, smoking in public parks is now prohibited.

In an ordinance which includes such properties as Ocean Bowl Skate Park, Ocean City Tennis Center, Bayside Park, and a number of other public recreation grounds, the rulers of Happy Town have effectively cut down on the damaging habits of those wayward individuals who continue to smoke, stating in the ordinance that any person who violates the law "shall be subject to ejection from the public park and be subject to a municipal infraction of up to $500, which can be issued by an employee of the Department of Recreation and Parks in addition to enforcers listed in this code."

This new ordinance, coupled with the smoking bans in restaurants which began in Florida and the Smoke-Free Workplace law which was passed in California, has effectively given the power to the rulers of Happy Town to control not only the destiny of the town’s inhabitants’ health and happiness, but their choices in leisure activity as well. 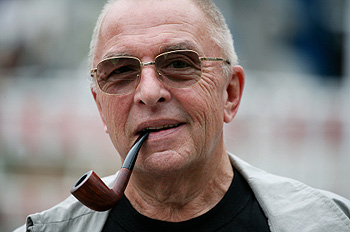 There are many more bills which the rulers of Happy Town have been working on lately to make sure that the people of their fair city are kept as healthy, safe, and (most importantly) as happy as possible. There’s even talk of outlawing those disgusting substances known as hot dogs and apple pie soon (it was recently discovered that those dietary symbols of Happy Town were, in fact, actually very unhealthy for the people).

However, if you do decide to walk around Happy Town and take a look at the people who live there, you may notice that there aren’t as many smiles as there used to be.

But don’t fear, stranger! The lawmakers of Happy Town are hard at work making sure that Happy Town continues to be the happiest place on Earth.

They care very deeply about their people, and there’s been a rumor for a couple of years now that they’re working on a bill that will effectively make frowning illegal.

I don’t know any details myself, just rumors, but I do know that at the bottom of my heart that the rulers of Happy Town know what’s best for me, and because of this, I never have to worry about making another potentially harmful decision in my life.

To clarify, Happy Town is not a real place. I take pride in my readers’ intelligence levels, and I seriously doubt that many (if not all) who read this will fail to see the true place to which I am referring. However, as with my previous article, the intended audience is not truly the readers who are most likely to read my words, but rather the people who are not likely to read them.

Alas, unfortunately those without eyes to see will never be able to look past their own preconceptions, meaning that the rulers of Happy Town seem poised to continue their mission of absolute public control, and the dystopian futures of which we were warned almost a century ago seem to be nearer than any of us can imagine.