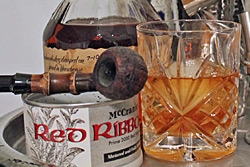 Welcome, friend. What’s your poison? We as pipe smokers, whether we actively accept this aspect of ourselves or not, are at least slightly fascinated with the old fashioned, the antique, the archaic, or, as we prefer to call it: the Classic.

I remember recently reading a post on a Facebook page dedicated to gentlemanly pipe smokers, where the members shared their obsessions other than pipes. Responses included pocket-watches, well-cut suits, knives, hats, old-school lighters, and beyond. Perhaps the most common classic obsessions that I have noticed many pipe smokers share is an appreciation for a well-crafted cocktail. After all, a cocktail is very similar to a tobacco blend: some are simple and showcase one dominant flavor, while others show finesse in combining flavors that might not be expected but result in a transcendental experience. Arguably, at least I will happily argue, that many of the best cocktails are some of the oldest. Far too frequently, these delicate masterpieces are ignored in favor of their modern decedents, like the "Jäger-bomb", that abandon technique in favor of a quick buzz.

That is what this monthly column will seek to fight against. Instead, we will revisit the older, classic cocktails that were enjoyed in speakeasies, which master mixologists would prepare with absolute care of proportions. It is my hope that this will encourage you all to go out and order one of these classics and then share your experience with the cocktail.

Since we’re discussing old fashioned cocktails, there seems no better place to start than with the Old Fashioned. The Old Fashion is known as the "World’s First Classic Cocktail" and has an initial recipe dating all the way back to 1806.1 This places the recipe well before the origin of the martini or the daiquiri.

Initially, the drink was a simple play off of straight whiskey, where a bitters soaked sugar cube was ground into water, chilled with ice, and then, more often than not, the bartender passed the whiskey to the patron to pour as much as he desired. You can almost see it and hear it, can’t you? The good-natured bartender patiently allowing a single sugar cube to infuse with the botanical bitters before crushing it into a small portion of water, then a deliberately chosen chunk of ice – enough to chill the drink, but not enough to destroy the flavor of the whiskey – clinks into the preferred glass (now called an Old Fashioned glass). Finally, the bartender slides the bottle across the bar to you with a smile. 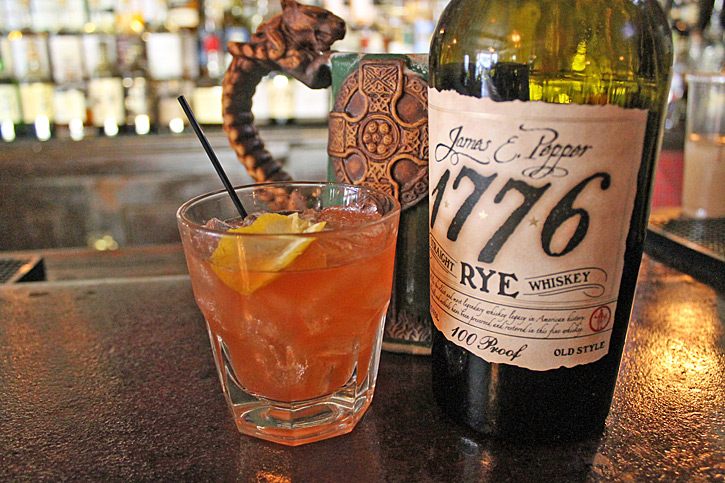 Eventually, mixologists started to notice that the public was responding well to variations upon a simple whiskey. So, naturally, they started to experiment more and trying newer, more exotic flavors. Not everyone was so keen on that, however, so patrons starting ordering an old-fashioned cocktail, giving the cocktail the name that has since become so famous.2

There are predominant camps when it comes to the preparation of the Old Fashioned. The schism appears to have its origin in the American Prohibition. In the 1930s, a new method of preparation involving muddling fruit into the drink emerged, either through actually using a muddler or shaking the cocktail with ice and fruit in a shaker. The likely reason for this is that the quality as well as quantity of alcohol decreased during Prohibition. Those who were able to surreptitiously acquire whiskey were stuck with a lower quality product. The solution? Add fruit to conceal the flavor of the low quality spirit.

This new trend continued well beyond Prohibition and can still be seen occasionally when ordering an Old Fashioned today. So, let’s get down to the business of making and tasting this classic cocktail.

As mentioned, there are two primary camps:

Same as above, except don’t muddle, just shake ingredients and ice together, allowing the ice to muddle the mixture

There are, of course, other variations, but this essentially sums up the major schools of thought.

In my first stop in exploring this cocktail, I hit up my usual watering-hole, The Scottish Arms, in Saint Louis. A Scottish pub, as shown by its food and scotch selection, whose bartenders I have come to know and trust. I saddled up and stated my purpose. The bartender produced a Prohibitionist version of the cocktail, muddling a cherry and orange peel, along with orange infused bitters and a packet of sugar. As a finishing touch, she temporarily ignited the orange peel garnish to help it release its oils and aroma.

The cocktail was pinkish in hue and quite fruity. It was quickly apparent to me why this method would have gained popularity during the Prohibition: despite using a good rye, I could barely make out the rye’s qualities because of all of the fruit flavors. Though enjoyable and sweet, I’m someone who like to be able to appreciate the primary ingredient, which I could not in the heavy Prohibitionist version.

Next, onto Taste in the Central West End area of Saint Louis. This bar is known for its fine cocktails and puts quite an effort into its classics, devoting an entire section of its cocktail menu to "classics". The classics section was even organized chronologically, though it placed the mint julep as the earliest, immediately before the Old Fashioned…I’ll have to check this out soon! As for the cocktail, this was served in a middle-of-the-road style, with the orange and lemon peel served only as a garnish, allowing the fruits’ oils to give a very mild flavor. I really liked this rendition, as it still gave a slight fruitiness while allowing the bourbon to shine. This would probably be my preferred preparation method for a hot summer day. 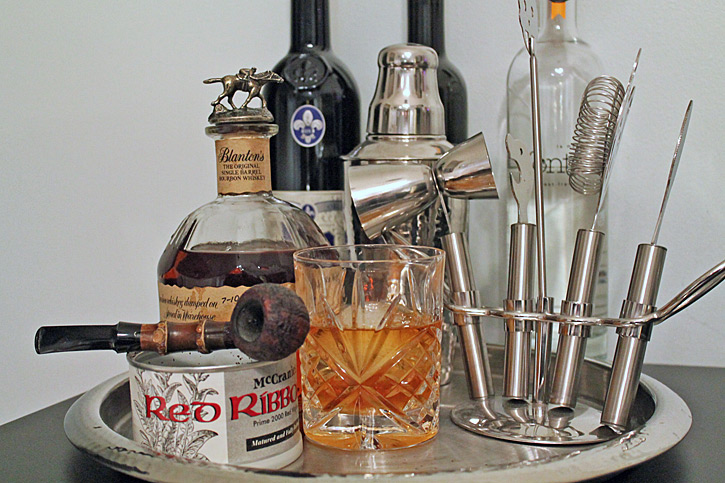 Finally, in my own, modest home bar. Without even going out to pick up supplies, I had all the ingredients for a purist rendition of an Old Fashioned – simplicity being one of the beautiful qualities of the drink. It took me very little time to make and I took great satisfaction from actually grinding the soaked sugar cube into the glass. Since I was home and away from disapproving eyes, I decided to pair my final Old Fashioned of the day – yes, I drank all three renditions in one day – with some aged McCranie’s Red Ribbon out of an Adam Davidson fig. This version of the Old Fashioned is my personal favorite. The bourbon shines and the hint of botanicals from the bitters, the sweetness of the sugar, and the cold water and ice made this an extremely drinkable, nuanced, yet minimalistic cocktail. Paired with the sweet Virginia of the Red Ribbon, both complimented each other without one overpowering the other.

MORE READING  I'll Have a Hennessy V.S Sidecar, Up with a Twist, Please

Overall, this is a cocktail I knew I enjoyed previously and one for which I have an even greater appreciation now.

What about you, fine people? Which method do you prefer for your Old Fashioned? Which tobacco do you pair yours with? Try it out at home and be sure to let us know your thoughts in the comments section below.

Editor’s Note: You can see our exclusive video of the making of the Old Fashioned just below. We were graciously hosted by Jeremy Wallace, the owner of The Cask & Ale in Downtown St. Petersburg, Florida, which is one of my favorite and often frequented places.

Places mentioned in the article: 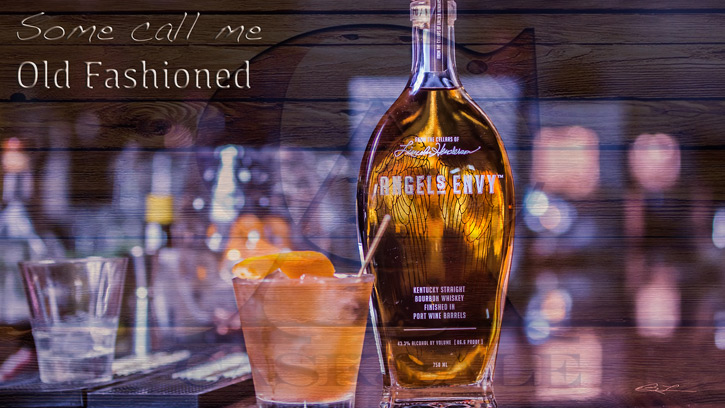 Photo by Barry Lively of B. Lively Images