Now that we have concluded America’s pressing business, well, so to speak, it’s time to move on to more important events.

Such as, there is not much time left for two big tent occurrences: Thanksgiving and Christmas shopping.

For us pipe smokers, a month or two is a blink in time. See, we put in a great deal of thought behind just the right blend for that after Thanksgiving Turkey Day meal before dozing from too much tryptophan.

And then there is the awe-inspiring Christmas pipe PAD and the newest blend for break-in.

Plus, there is so much electric energy buzzing around Thanksgiving and Christmas, we must have our pipes and tobacco to calm our tattered nerves.

Oh, yes, these are significant matters. Maybe not quite as large looming as the nation’s business, but critical decisions, nonetheless. And this is not even considering the year 2020.

Whew, that 2020 vision is a time in our history the Pundit is so ready to push over the cliff into the bottomless pit of ages.

Now for those essential matters.

See, the Pundit always likes to line up with the seasons and the phases of the moon, the tides, and that whole natural thing, just to be sure I’m on the right glide path.

So, the first day of October was the first full moon closest to the autumnal equinox.

Before I get too far off into the weeds, let me explain the autumnal equinox quickly for those city dwellers who might be a bit confused about all this astronomical stuff and how it relates to pipe smokers.

And to add a little, ahem, academe to the subject, the word “equinox” derives from the Latin, “aequus,” which means “equal.”

On the autumnal equinox, day and night are just about equal in length.

What, you might ask, has this to do with Jeppesen’s Harvest Moon pipe for 2020. The pipe is a gorgeous, stout bent apple in a Jeppesen proprietary stain.

This rendition features a stunning bronze accent on the shank face, which depicts a cratered and textured a full moon.

All this means the Pundit is headed in the right direction for Thanksgiving, right? Full Moon pipe, a couple of two-ounce tins of Cornell & Diehl’s Carolina Red Flake. The last time the Punit checked, the Red Flake zipped right into the “sold out,” lane on Smokingpipes.com.

The Pundit has been a big, big, big fan of C&D’s fabulous Old Belt Virginias.

“Taken straight from Carolina soil, these top-tiered Virginias are all grown, thrashed, blended, and then lovingly pressed and carefully sliced right here in the heart of old tobacco country.”

As you probably know, C&D has sourced great burleys and Virginias from the first years the late Craig and Patty Tarler moved their operation from a garage in Pennsylvania to a garage in Morganton, N.C.

They began their business after purchasing the rights of old tobacco recipes from Atlas Blending Corp. and then relocated to North Carolina.

And since that move, C&D has been an incredible American success story in pipe tobacco blending and manufacturing.

So, yes, when the C&D Small Batch anything hits the shelves, the Pundit strikes.

This year’s Small Batch Red Flake from the Old Belt is just absolutely the best.

As you know, the Pundit does not go into all the taste details. The Pundit palate isn’t fine-tuned enough for such enhanced discerning talents of other of our brethren.

Count Carolina Red Flake in the “oh, yes, I like very much” check box.

On another front, the Pundit is announcing a new feature. Can I get a drumroll and a taaa-daaa?

Starting now, the Pundit will feature a couple of anniversary events, such as birthdays and other important days, for Pipe Smokers of the Past.

We begin with November birthdays of some of our revered Pipe Smokers of the Past.

As anyone who has read Foote knows, he wrote the magisterial The Civil War: A Narrative, a three-volume history of the American Civil War.

Having interviewed the famed author at his beautiful home in Memphis, I can say he was the consummate Southern gentleman and loved his pipes and pipe tobacco.

His office was in his bedroom with two framed photographs hovering on each side above the bed. One was a color photo of William Faulkner, another pipe smoker, and Southern author.

Pointing to Faulkner, Foote said, with the prescient laugh that became so familiar in the 1990 Ken Burns PBS Civil War Series, “there is God.”

And then without missing a beat, he pointed to the photo of Proust. “And there is God Almighty.”

Soon afterward, Foote dragged up a trash can, banged out a beautiful Dunhill Group 3, and reloaded with probably a personal blend he made from Edward G. Robinson’s Pipe Blend and a variety of over-the-counter combinations such as Barking Dog.

Our other anniversary notable is C. S. Lewis, the famed British writer, and a lay theologian. Lewis was born Nov. 29, 1898, in Belfast, Ireland, which is Northern Ireland today, and died Nov. 22, 1963, at Oxfordshire, England.

He was an Oxford University Don, teaching English literature and later taught medieval and Renaissance English at the University of Cambridge.

It has been reasonably well established that Lewis smoked Three Nuns as well as Gold Block.

To finish our anniversary trip, a couple of quotes:

People make a grievous error thinking that a list of facts is the truth. Facts are just the bare bones out of which truth is made. Shelby Foote.

And finally, the Pundit wants to say how thankful he is for our pipes and tobacco, the pipe-smoking brotherhood, friends and family, and this timeless hobby, which is even more important in these times.

To all, happy holidays. 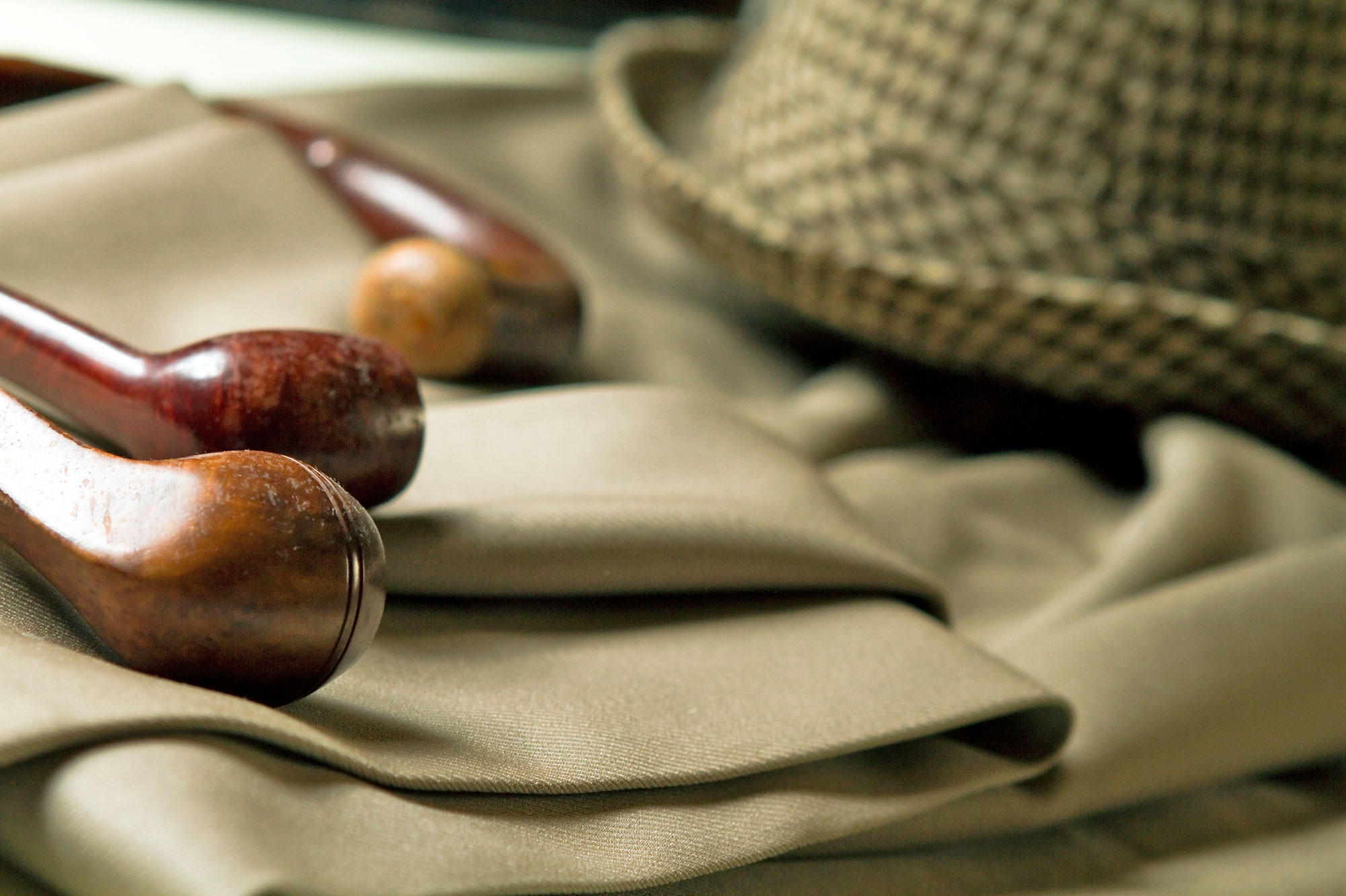