Of Pipes and Dancing Elves 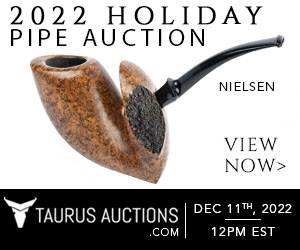 For the old Pundit, who has been puffing pipes since his college days in the 1960s, this time of year is what is known here in Punditland as the “in-betweens.”

It’s the downhill sleigh ride into the real season of November and December, with the Sagittarian month being a primer. Well, the old centaur is supposed to have bliss and happy times in November, if his sun is right with Mercury. Or some such.

Anyway, the explainer for all this weirdness: October is for the kiddies late in the month with spooky things lurking about and little hands stuffed with all sorts of junk moms don’t want them to have—candy, gum, peanuts, and more of the same.

The Pundit is all in on Halloween, which has its origins in Scottish myths, celebrating with bonfires the dying of the light as harvest time ends and the winter months begin.

Pundit just loves to spoil the kiddies and smiles a knowing, friendly pipe-clenching smile to the parents hovering at the door as spooks and hobgoblins bounce about.

November brings family birthdays and the Big Turkey Day. In the Southland, Thanksgiving is something on the order of the divine, producing a treasure of lasting memories gathered around a bountiful table with crazy uncles lurking about.

Later, the old guard settles into easy chairs, rub their bellies, and lights a pipe of special Thanksgiving-ordered tobacco blends. We are thinking of you C&D!

Then arrives December, the real month of giving and days with families over meals of legendary proportions. More crazy uncles abound.

MORE READING  Keepers of the Flame

And of course, the giving part brings up pipes and tobacco. The Pundit loves both November and December for all the above-mentioned events, coursing on down to Christmas.

To Pundit’s pipe-smoking friends, they are charted in on the Christmas list to receive tobacco tins or a pipe.

And that has me thinking of the late William (Bill) Unger, who was a formidable presence in the North American Society of Pipe Collectors.

I met Unger at a long-ago Chicagoland Pipe Show. He convinced me to sign up for the NASPC Newsletter and then asked me how many pipes I owned.

At that moment, the Pundit pipe population was roughly 50 or so.

“Oh, so you are a pipe collector,” Unger said.

And Unger spake (sic, yes from the Middle English), the phrase for which he was resolutely so famous:

I followed Unger and was quite excited the year NASPC decided that its 2014 Pipe of the Year would be a design Unger preferred, the old Custom-Bilt (I have but one in the herd now).

Unger died in 2013 from Leukemia, so the job of the NASPC POY for the collectors was handed to Rich Lewis of Minneapolis. Minn., one of the premier pipe-makers in the nation.

Of course, the Pundit was among the first for the 29 or so created by Lewis.

MORE READING  My Soul for Another Pipe

The pipe carried the quite proper nomenclature of “Custom-Bill.”

The Pundit gave it to himself to handle his gift which included November birthdays, Thanksgiving mythic meals, and Christmas spirit, sans crazy uncles.

For you collectors, you can read about Bill’s book, The Custom-Bilt Pipe Story, if you can locate the spiral-bound published in 2001. Amazon once listed Bill’s book. A quick check shows it is unavailable now on that jumbo book site.

For those who want to enrich their pipe knowledge Rich Esserman has written an excellent article about William Unger, and his “Custombilt” book.

And now for a parting quote or two:

Probably the one quote most people recall occurred each evening as the legendary broadcast journalist signed off: And that’s the way it is.

Walter, a consummate gentleman, and pipe smoker, also said, Success is more permanent when you achieve it without destroying your principles.

Choosing just one quote from the Prime Minister who led England and the world through World War II with his words and actions is impossible.

So, here come a couple to whet your appetite for learning more about the soldier, journalist, prolific author, politician, and political leader:

MORE READING  Outflanked but Not Outdone

Oh, and, yes, although Sir Winston was most famous for his love of cigars and brandy, he also was an occasional pipe smoker and artist!

The price of greatness is responsibility.

Success is the ability to go from one failure to another with no loss of enthusiasm.

Here is wishing all a grand November, leading into December, that month of months of precious memories and dancing elves!