And this rich vein of discovery has led me to the great literary and historical figures who were pipe smokers.

As you in Pipe World know, there are just too many literary and historical personalities who were pipe smokers to list here. It would take weeks if not months to complete.

But, as International Pipe Smoking Day has come and gone, I was musing about our wonderful hobby.

Reading Chuck Stanion at SmokingPipes.com recently, who reflected on IPSD, presented a real sense and insight into our worldwide connectedness.

Perhaps this is a bit pollyannish for The Ol’ Pundit, but I think it is a real tribute to pipe smokers that we can connect on a certain holiday, such as IPSD, begun in 2008, as Stanion reported, by the imminent Smokers Forum.

We in Pipe World were able to celebrate the 14th annual IPSD observance together across the pipe smoking globe.

During this special time, I visited far-flung websites, and came across something so interesting, I had to share it with you.

And, in fact, he is reported to have composed a song to his love of pipe smoking, titled, “So oft ich meine Tobackspfeife”, translated as “Each time I take my pipe ’n tobacco.”

In the song as translated (see https://www.oxfordlieder.co.uk/song/1293) Bach extolls his tobacco as he packs a wad to the brim.

He notes that his pipe is made of white clay and like his pipe, one day he, too, will return to earth, just as his pipe emerged from the ground and returns to it over time.

MORE READING  The Winds of Change Are Blowing Smoke

Bach even mentions in the composition that if he loses his tamper, he uses a finger to tamp down the ash inside the bowl.

And, he says, this burns his finger and makes him think of how hot it will be should he be resigned to the depths of hell. Goodness!

But even though his finger is charred a bit, Bach says he intends to continue smoking his pipe, contentedly, at home and at work.

How many times have I used my thumb or finger to tamp down a bowl of smoldering tobacco?

Of course, my fingers are not nearly as important as Bach’s were to him, I dare say.

I just find this fascinating to realize such an historical classical music composer such as Bach (I have collected most of his works either on LPs or CDs), was a pipe smoker and was proud of the fact that he could light up at home, just like the rest of us. IPSD, indeed!

The history of pipe smoking, which dates to thousands of years, seemingly before time, connects us today to this beloved hobby.

One more blast from the past and we will move on to other important matters.

Recall the British Lion of Labor Prime Minister Harold Wilson? He was rarely seen without his pipe in public. More on that in a moment.

What I enjoyed about Wilson, in reading of him in news accounts of the day, was that he was so prim and proper, just tightened up with coat and tie and properly groomed.

So very British, don’t you know? And in those news accounts, Lord Wilson of Rievaulx (a village in Yorkshire, England) was rarely seen without his trusty pipe.

Now, it is reported that the great Lion of Labor smoked his pipe in public to give an air of sublime confidence. It also has been reported that he used the pipe as a prop. He would take his time lighting his pipe to think through an answer to a question posed to him by pesky back benchers in Parliament or the nosy press.

In private, it also has been reported, that the Prime Minister rarely smoked a pipe, preferring cigars to the briar.

I personally have no problem with that. I love a cigar in private, or public, when, ahem, I frequented ye olde pub or my favorite tobacconist in safer times, and not the life-threatening nightmare in this strange winter of our most ardent discontent.

But, if you can find one of Wilson’s pipes online, you will see that it has been smoked. I recall seeing a Charatan burned silly. So, there you go.

Okay, on to happier thoughts.

As many of you know, I am a quantified, gentrified, and totally fried Pete Freek!

I love Peterson pipes and have for years. My first serious pipe was a Pete and I have continued the collection, as have some of you in the Pipe World, over the years.

And like many of you, I have lived in the up and down years, when Petes were great and when they were, “meh!”

But the thing about Peterson is that they have that magical staying power. They come back and many times by circling around to the old styles or blasts or stains. If you miss an original release, there is a good chance if you wait long enough, that special Pete will return.

I have been eagerly watching the PSB (Peterson Special Blast), an artisan grade, in the Peterson stable of late.

The PSBs remind me of a craggy ravine if I am not being overly dramatic. They are superbly blasted and stained. You can read more about the latest Peterson grade at Mark Irwin’s excellent Peterson Pipe Notes.

Be quick on the trigger if you want a PSB. They do not stick around long on your favorite pipe web E-tailer site.

And now to leave you with a smile, hopefully, Lord Wilson was visiting a pipe exhibition in 1971 when he was asked how he began smoking a pipe.

He recalled that he was in negotiations with a Soviet trade minister late into the morning hours.

He called the trade minister, “old stone bottom,” since he was able to carry on through the long night without seemingly getting tired.

Lord Wilson said his pipe helped him to relax and endure long hours of the trade ordeal.

“A pipe makes a man better to live with,” he said. 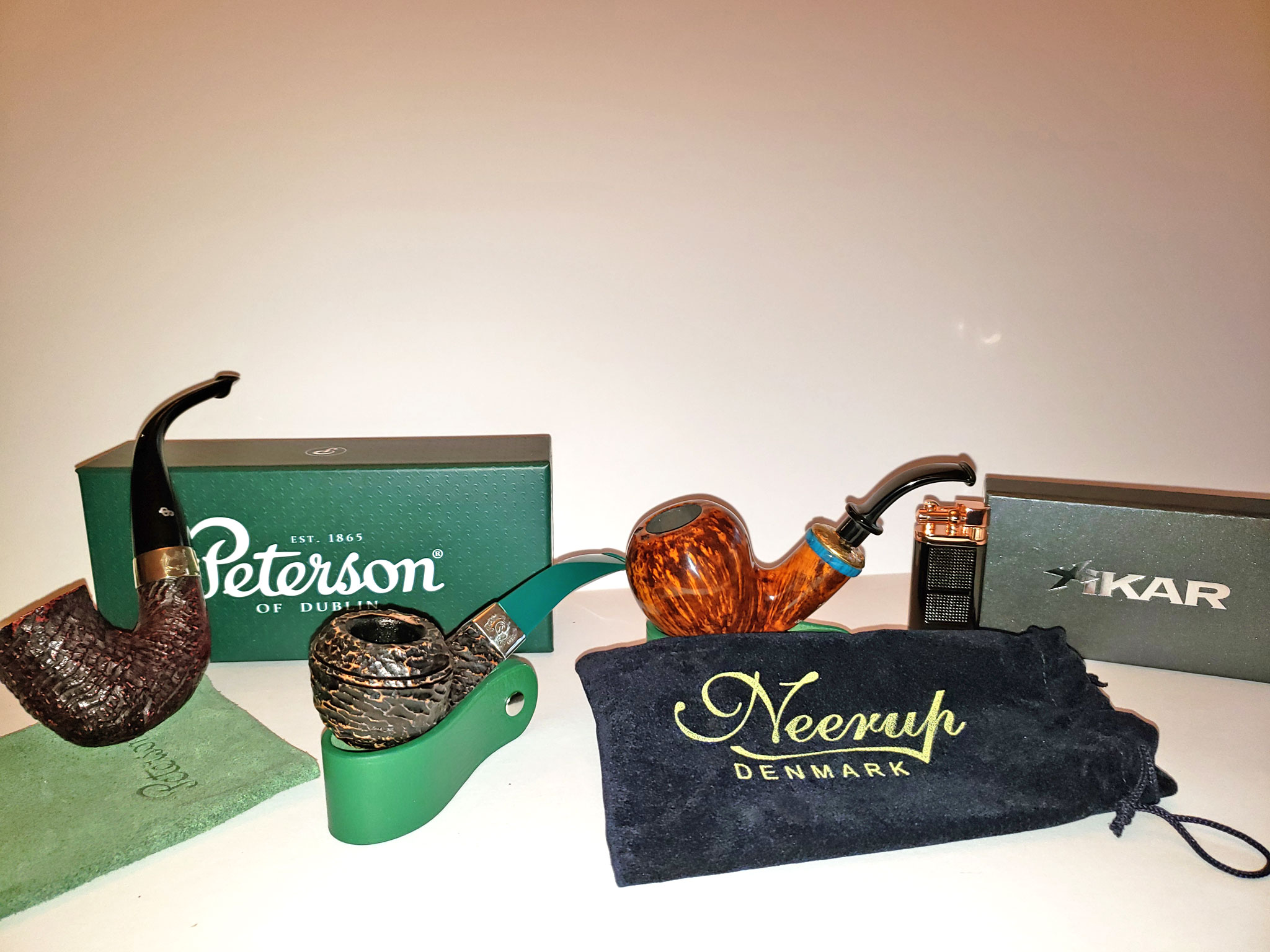