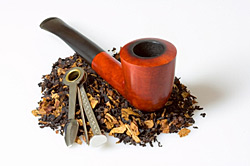 Cavendish is the last name of a British chemist and physicist who discovered hydrogen and determined the properties of water, but somehow I doubt that Henry Cavendish had anything to do with the pipe tobacco.

Over the years, the term Cavendish has been used in relation to tobacco in a number of ways, and has come to be rather muddy in definition. So, what exactly is Cavendish? Let’s begin by looking at what it isn’t.

Much like Latakia, Cavendish is not a tobacco. There is no plant or strain of nicotiana tabacum called Cavendish. It can be made with virtually any type of tobacco, although it’s most commonly composed of Burley and/or Virginia, but the European-style Cavendishes will oftentimes include some Oriental leaf or other condimental tobaccos. The Dutch Cavendishes such as Troost and Sail don’t use a very noticeable top note, and Sail includes Orientals, while Troost contains dark-fired Kentucky.

In the most traditional sense, a Cavendish is made by sweetening and flavoring the component tobaccos and subjecting them to pressure and the leaf may also be subjected to heat prior to, or during the pressing. Sometimes the leaves are dipped in the top-dressing, or they might also be sprayed. The older style Cavendishes were typically pressed for weeks. The pressure helps to incorporate the flavoring into the leaf, but it also is an obviously time-consuming process, and as we know, time is money. However, a number of companies continue to make their Cavendishes this way because they feel that the end product is superior, and I tend to prefer this method myself.

After the pressing is complete, the bricks are sliced thinly and tumbled until the slices crumble apart and wind up in a chunky ribbon form. Many of the layers will stick together, which is why most classic Cavendish-cut tobaccos have pieces with distinct layers. This results in an interesting symbiosis. The pressing helps to impregnate the leaf with the flavoring sauce, and the flavors can sometimes make a tobacco burn a little hotter, but the fact that some of the leaf sticks together slows down the burning process, so some of the excessive heat can be avoided.

MORE READING  What is Meerschaum? 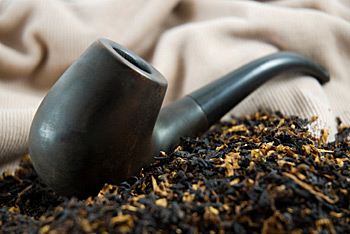 The Cavendish-cut and a broken flake are pretty much identical in appearance. Many of the classic blends by Mac Baren exhibit this type of cut. It’s good for those who tend to overpack, since it doesn’t compress very easily, unless it’s over-moist. A navy flake is a tobacco pressed with rum and then sliced, or at least that’s one of the definitions. So would a broken navy flake be a Cavendish? By my understanding, it would be. So is a rum Cavendish just tumbled out navy flake? I don’t know, and I don’t think that it matters much, but it’s another little curiosity, and a further example of just how arbitrary and confusing pipe tobacco terms can be.

Now on to black Cavendish. What exactly is it? That will depend upon which side of the Atlantic you’re on. In Europe, and especially in England, a black Cavendish is made of Virginia, usually of the yellow variety. Heat and steam (often) are used to turn the leaf jet-black. Flavorings can be introduced into the tobacco, and it usually is incorporated into a blend with other components. When mixed with Latakia, Virginias and, sometimes, Orientals, the blend is considered a Scottish mixture. Is unflavored black Cavendish the same thing that we called stoved black Virginia on this side of the pond? That would depend upon who you’re talking to, and I personally don’t care so much about labels, as long as I know what I’m working with.

In the US, what we call black Cavendish is commonly made using Burley and the strain most often used is a Burley called Green River. The leaf is sweetened and toasted and/or steamed until it darkens, which may take up to 24 hours to achieve. When no additional flavorings are added, we refer to this as toasted or (cleverly) unflavored black Cavendish, but our friends on the Continent call this brown Cavendish, and in truth, it does appear to be more of a deep, dusky brown color. Dunhill’s 965 utilizes some of this tobacco.

Because American black Cavendish is pretty dry in its natural state, and because Burley itself is low in sugar, it accepts flavoring very well, so this tobacco is often heavily impregnated with top-dressings, and because flavored black Cavendish burns slowly, it’s used extensively it aromatic blends to add to the room note, and to help the mixtures smoke cooler. One problem that can arise is that, due to its higher moisture content, when black Cavendish blends are smoked aggressively, they can produce a fair amount of steam, and can be quite hot. Although all blends suffer a bit flavor-wise when smoked hard, due to the greater amount of flavoring, these blends can easily turn acrid and foul, so an effort to puff lightly should be exercised. 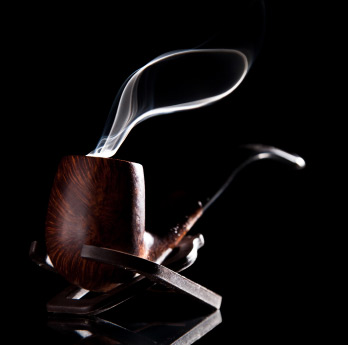 As I had mentioned earlier, traditional Cavendishes use flavorings, pressure and heat to create the finished products. However, over the years the term “Cavendish” has become distorted a bit. The label is now applied to many blends that are not pressed for an extended period of time. Why does the amount of time matter? The time involved helps to imbue the leaf with the flavoring more completely, helps to mature the leaf and marries the tobacco for a more homogeneous blend. So if the tobaccos aren’t pressed for a long stretch, why press them at all? Actually, it’s part of the cutting process. The machine applies pressure to the leaf and feeds it through where a guillotine-type blade cuts it into ribbons, so while the pressure does little to enhance the flavor in that case, it helps to ensure a consistent cut. But today the term often just refers to tobaccos that have been flavored and is often used interchangeably with "aromatic".

Many pipe tobacco purists tend to look down their noses at Cavendish of almost any form, but don’t include me in that group. I like using unflavored black Cavendish in all kinds of blends when I want a mellow sweetness with some depth. Also, the vast majority of pipe smokers enjoy aromatics, and as I’ve said in the past, I don’t blend for my personal taste, I want to try to reach a wide audience, so I’m certainly not opposed to flavored Cavendishes. After all, who am I to argue against more than 90% of all pipe guys?